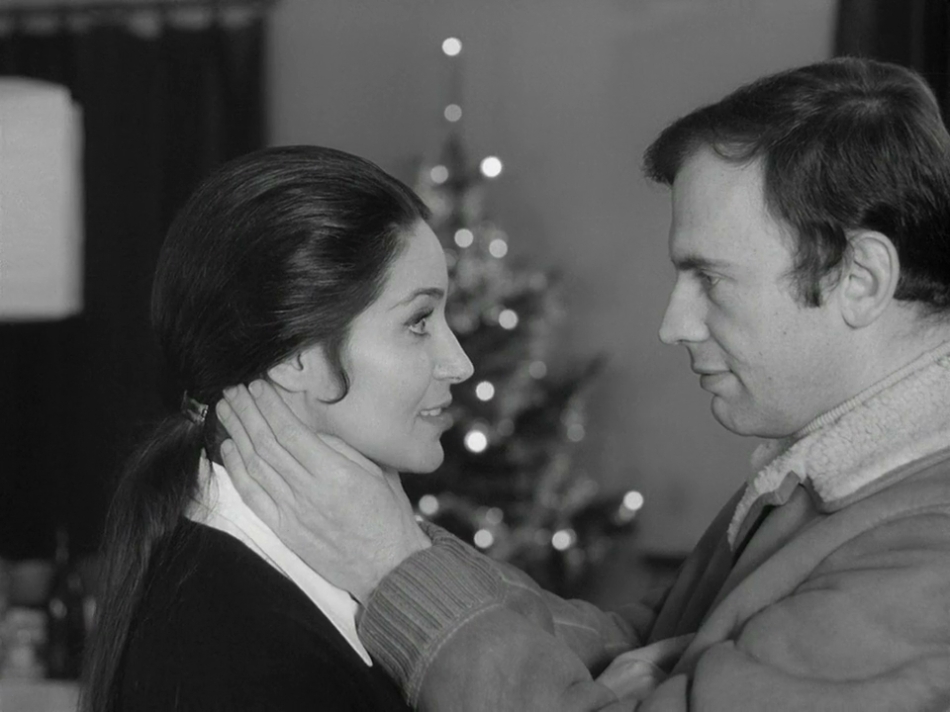 With their philosophical and psychological dilemmas, Éric Rohmer’s Six Moral Tales weigh the fancies and uncertainties of romance with the realities of decision-making. The final and most definitive of the Moral Tales, My Night at Maud’s gambles whether the ideals of love that cause such ethical dilemmas are valid in the first place.

The mathematician Pascal wagers that it is better to bet on the existence of God since winning would result in infinite happiness and losing would result in finite loss. In My Night at Maud’s, Rohmer employs Pascal’s Wager on the existence of God as an analogy for choosing an exclusive romantic partner. The 1969 film is fittingly set at Christmas time: a season of holy love as well as romantic intimacy. Shot in stunning black-and-white, the movie implies that romantic and religious ideals are anything but. The central player is the 34-year-old devout Roman Catholic Jean-Louis, played by the fantastically grounded and versatile actor Jean-Louis Trintignant, who moves into the new city of Clermont-Ferrand. The other two points of this Pascal’s triangle are the pretty, innocuous 22-year-old blonde Francoise (Marie-Christine Barrault) and of course, the titular mature and knowing brunette Maud (Francoise Fabian).

In the first part of his minimalistic, conversational film, the serious and taciturn Jean-Louis spots Francoise at his church and falls in love at first sight without knowing a thing about her, blind faith as it were. Later that evening, he and his Marxist friend Vidal meet Maud, a refined, thirty-something libertine who has divorced her husband for cheating on her with another woman. Like Vidal, Maud is an atheist, but she and Jean-Louis perfectly play off one another despite their differences. She invites him up to her room despite sensing that his mind is preoccupied with both religion mores and a romantic other. Throughout the course of the evening (and a series of elegant long takes), Jean-Louis almost unconsciously advances towards her bed even as they debate on the value of purity, as if irresistibly magnetized towards her.

With her confidence and cunning, Maud strikes us as being a temptress, though her room and bedsheets are as white as the snow that pervades both that one night and multiple years spanned by the movie. Once Jean-Louis does get into bed though, the lengthy conversations are cut short. In a blink of an eye, the camera cuts to morning, showing Jean-Louis awakening fully clothed. He has spent a night in bed with Maud without succumbing to her sexual advances.

Jean-Louis has made his bet, and it was not on Maud. However, one’s ideal of romance can be more concretely assessed than the existence of God in one’s lifetime, particularly since human beings are far from divine. The second half of the story occurs after the titular night. Day proceeds to illuminate truth. While Maud readily embraces Jean-Louis, Francoise shys away and says nothing. Eventually, before the sleepy town and its central church in the distance, Francoise confesses to Jean-Louis that she has been committing adultery with a married man. Even so, Jean-Louis forgives her.

Five years with Francoise pass as quickly as one night with Maud. When the story resumes, we find that Jean-Louis has already fathered a child with Francoise. It is then that Jean-Louis finds out that the seemingly pure Francoise ends up being the woman with whom Maud’s ex-husband cheated so long ago, ending Maud’s marriage. 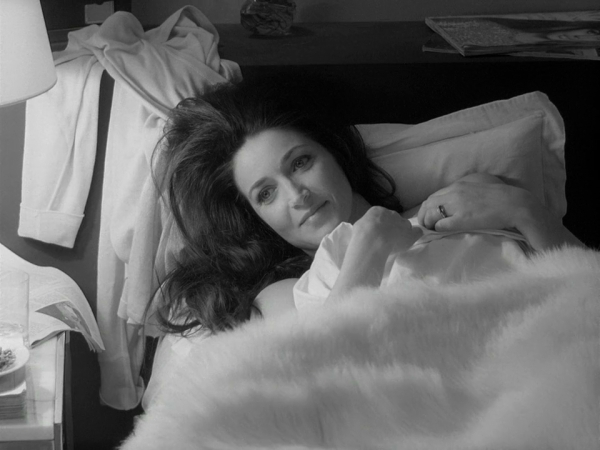 Maud has been wronged twice by men in favor of Francoise, and Jean-Louis has judged her to be more impure than the adultress who had an affair with her ex-husband. The film finishes gently, but somewhere beneath the peaceful, silently falling snow is a chilling woe in likely having made the wrong decision. Unlike in Pascal’s Wager where there is nothing to lose in having faith that God is real, one can very much lose out on love in choosing the wrong partner.

The very foundation of the ethical dilemmas in the Six Moral Tales are derailed, since love is far from ideal in the first place. However, Jean-Louis chooses to walk hand-in-hand with Francoise and their child in a move that recalls the conclusion of Agnes Varda’s similar tale of romantic capitulation, the 1965 film Happiness. 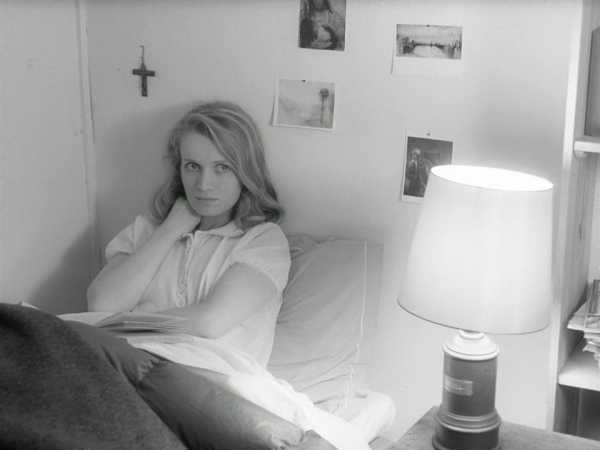 In the end, history ceases to matter in order to affirm faith. Ironically, this devaluation of the past is more in the vein of Marxist atheism than that of Roman Catholic traditionalism. To settle in love, whether religious or secular, is to live in contradiction and denial. It is difficult to win a bet in the game of romance, but bets are secular activities in the first place. There is no game, because the rules—the morals—are broken.

Of course, while a night at Maud’s remains perfect, a lifetime at Maud’s side would likely not have been so, though arguably better than with Francoise, whose name is symbolic of France itself (given that Jean-Louis Trintignant played a character sharing his own name, it may be intentional irony that the actress who played Maud is named Francoise Fabian, as if to acknowledge that Maud is the true emblem of France, though not the apparent one). There are too many histories, politics, psychological dynamics, and even trivialities at play in relationships—romanticism is for the realm of the movies, and only those less realistic than Rohmer’s.

In short, ideal romance exists in things that never definitively happened, even if their symbolism and messages hold moral and emotional truths. As in Wong Kar-Wai’s In the Mood for Love, the purest of loves are those that are never fulfilled and therefore never sullied. However, Wong’s work was to preserve existing ideals of purity, whereas Rohmer’s twist reveal of the identity of the adulterers shows how such ideals are misplaced. With its bittersweet edge of contradiction and hypocrisy, Rohmer’s work both laments and cherishes the untaken possibility. Therein lies the poignancy and pain of My Night at Maud’s—the chasteness, sacrifice, and brevity of the relationship is what links Jean-Louis and Maud’s relationship to Christ’s birth: the realm of infinite musings and possibility.