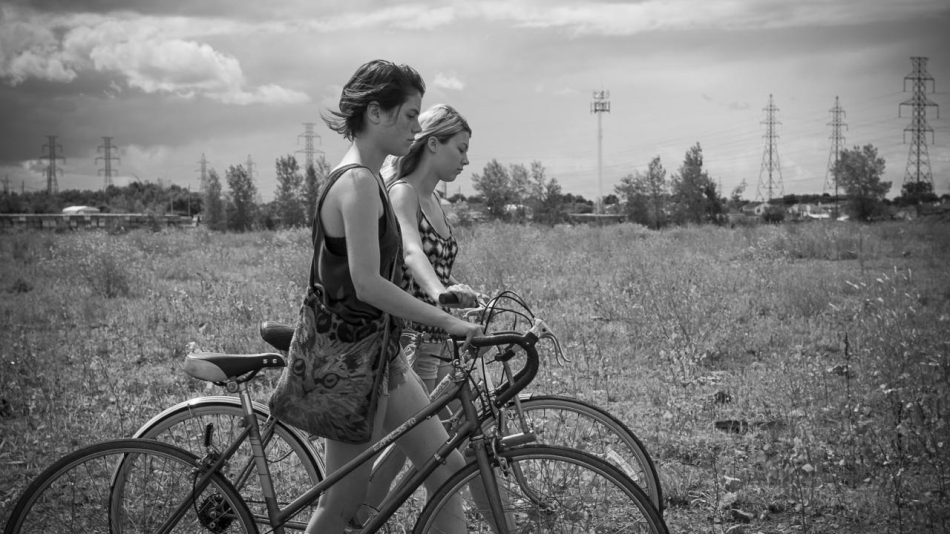 Stéphane Lafleur’s Tu dors Nicole, translated “You’re Sleeping Nicole”, looks to the past, in terms of recalling the lack of focus and direction faced by recent college graduates as well as the French New Wave. Nicole (Julianne Côté) lives at her parents’ house and has invites her childhood friend Veronique (Catherine St-Laurent) to stay with her over the summer. The two work dead-end summer jobs and spend almost all their time outside of work with each other, seemingly isolated from any other friends. Their previous years at college are scarcely mentioned. 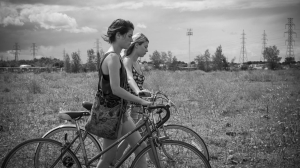 Boredom advances to apathy; Nicole uses a credit card received in the mail for all it was worth, steals clothing from the department store she works at, and buys tickets for Veronique and her to travel to Iceland, seeking an escape.

The film develops as a character study when Nicole’s older brother and his bandmates move into the house as well. Nicole is annoyed by the band’s practicing inside the house while Veronique becomes closer to the bandmates and distanced from Nicole. Tu dors Nicole’s characters are excellently developed, the film refraining from concluding until relationships between characters are initially defined, altered during the narrative, and these alterations acted upon. Lost love and ill connections from childhood linger until Nicole finally refuses to remain trapped by her adolescence and her suburban environment.