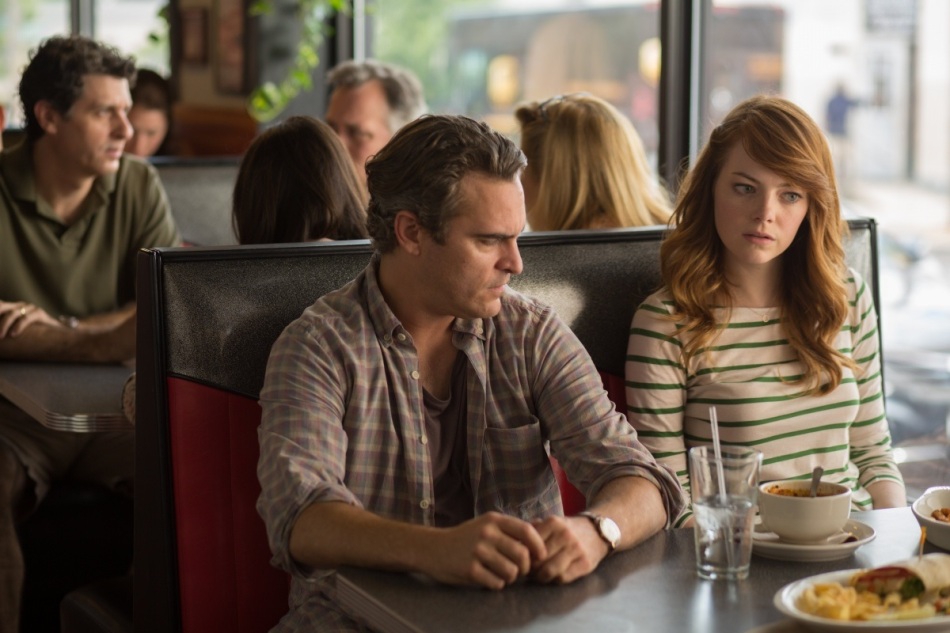 Abe Lucas (Joaquin Phoenix) is a philosophy professor that has let life take the best of him. His personality is defeatist and his words cynical. We get the feeling that he has recently put on a few pounds. In his own words, he aspired to be an “active world-changer but ended up being a passive intellectual”. He is looking for something, it doesn’t particularly matter what, to reinvigorate him and make him find interest in life again. He refuses to accept the existentialist comfort that life holds no meaning despite his admiration for philosophers that express these views. 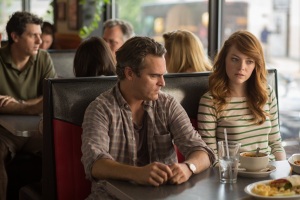 One of his students, Jill Pollard (Emma Stone), admires Lucas for his previous accomplishments as an activist. She discusses philosophy with him and takes him to the movies, art museums, and an amusement park. Jill flirts with him and wants their relationship to be more than just platonic. She hopes she can help restore the ambition and joy that Lucas once felt. Lucas is opposed to dating his student as he reminds her frequently yet he doesn’t mind having a friends with benefits relationship with a fellow faculty member, Rita Richards (Parker Posey), who is presently married.

Voice over is utilized by Phoenix’s and Stone’s character for seemingly no reason. Relaying common sense ideas, the voice over reveals the shallowness that the characters possess, rather than granting the characters depth or complexity. Nothing is hidden by characters that do hold the potential to be enigmatic.