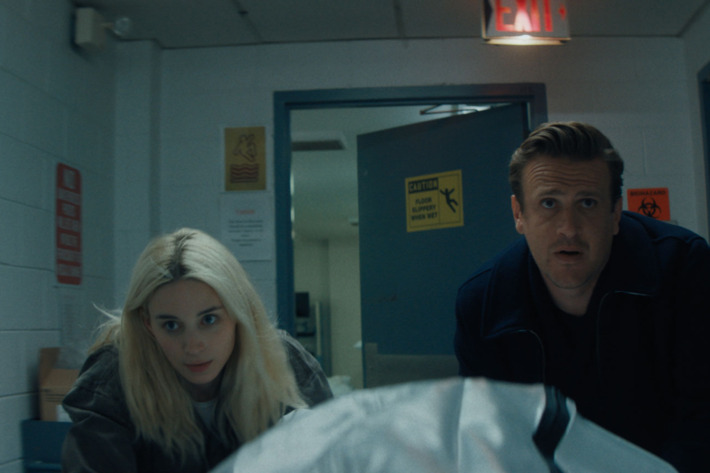 Dr. Thomas Harbor (Robert Redford) has discovered the existence of the afterlife, or, as he refers to it as, a “new plane of existence” that one travels to after death. He doesn’t know what in particular constitutes the afterlife, but merely that it exists. Nonetheless, his discovery prompts a surge of suicides- four million and counting as of two years following his discovery- displayed on electronic boards in public areas as an effort to increase awareness and reduce suicides. 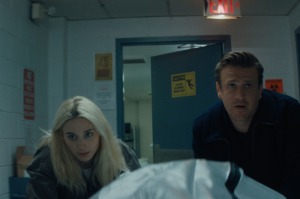 Perhaps the most remarkable, or most pessimistic, statement on the human condition that Charlie McDowell makes in The Discovery is that millions of people are dissatisfied with their lives to the degree that they would be willing to take their lives despite complete uncertainty of what occurs in the afterlife. The remarkable part of this implication is that fellow critics have not deemed the magnitude of this plot device as ludicrous. Because it isn’t, unfortunately. There really are many truly unhappy people. Sometimes film watching leads us to glum realizations.

In conducting continued research to determine what the afterlife is, Dr. Harbor enlists the help of those who had attempted to commit suicide. He attempts to give them a purpose in life through assisting him in his research. Every worker lives in Dr. Harbor’s giant mansion and wears monochromatic jumpsuits as a means to signify their equality. One of his workers, Lacey (Riley Keough), was talked out of committing suicide by Dr. Harbor himself after she found her deceased father and sister. They committed suicide without informing her of their plans. Lacey is but one of many characters we wish we could learn more about.

As the two year anniversary of the discovery approaches, Dr. Harbor’s son, Will Harbor (Jason Segel), travels on a ferry to meet his father at his lab. His relationship with his father is strained due to his father’s focus on his work and neglect for his family. Dr. Harbor’s wife committed suicide a few years before his discovery and it’s suggested that her death- and his sense of responsibility and guilt for her death- inspired Dr. Harbor to make the discovery.

On the ferry to see his father, Will meets Isla (Rooney Mara) and enters into conversation with her under the premise that he recognizes her from somewhere, but he is not certain where. Isla’s cold personality and the two’s all-too-willing desire to discuss the ethics of suicide when existence of the afterlife has been confirmed during their first conversation together isn’t suggestive of a blooming romance to come. It is difficult to depict, and even less believable, that Isla who exhibits a lack of emotion or empathy could fall in love under their circumstances. Their romance seems to detract from the film’s narrative, yet their romance is the intended story that the film was designed to tell.

I have a sweet spot for melodrama. I am receptive, perhaps more than the average viewer, to films like this and Equals that don’t receive critical adoration. The Discovery has many fascinating sequences and a promising premise, yet there are numerous elements of the film (mother’s death/father’s psyche, Isla’s and Lacey’s characters, the public’s response to the discovery, etc) that could have been explored more comprehensively but weren’t. The Discovery aspires to be a film like Arrival, a film that balances melodrama and high-concept sci-fi, but falls short. The Discovery could have perhaps been better imagined as a TV series akin to The Leftovers or Under the Dome in order to have the proper amount of screen time required to examine the impact of a truly extraordinary event on humanity.