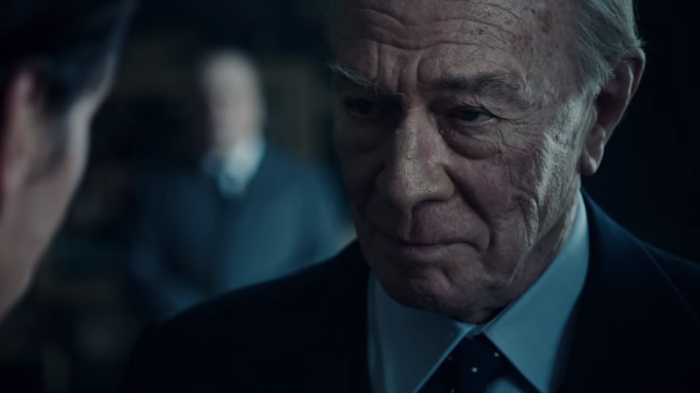 Though often heralded as one of the best directors – on pure talent alone – working today, Ridley Scott is equally known for being incredibly hit-and-miss. His misses can be drivel, but his hits are classics or amongst the year’s best films. His latest film, All the Money in the World, comes squarely in between the two extremes. Likely to be far less divisive than his recent Alien installments or The Counselor, All the Money in the World is fine. Telling the story of the kidnapping of Paul Getty (Charlie Plummer) and the refusal of his grandfather J. Paul Getty (Christopher Plummer) to pay the ransom, All the Money in the World is almost more about Getty’s wealth, his rise in business, his extravagant homes, and his refusal to pay that ransom, than it is about the kidnapping or Paul’s mom Gail’s (Michelle Williams) attempts to rescue her son. This definitely allows for Scott to fully dive into the film’s thematic concerns with regards to what wealth can do to a person, but it also makes the film awkwardly balance between its inherently thrilling depiction of Gail’s crusade to get her son from the kidnappers with repeated shocks of just how greedy and wicked Getty could become. Never quite finding the balance, but always maintaining its entertainment-value, All the Money in the World is a film that exemplifies Scott’s talent as a director, his ability to capture excess, and his desire to examine humanity, but equally showcases his own tendency to slip into excesses of his own. 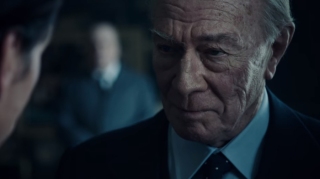 Cited as being the “richest person in the history of the world”, J. Paul Getty is immediately introduced to the audience as the man who opened up Saudi Arabian oil to the west, abandoned his family to pursue business, and a man who built an empire in Getty Oil. With gaudy office buildings, sending letters to his son John Paul Getty Jr. (Andrew Buchan) via telegram, and whisking his son and his wife Gail off to Rome for a job opportunity, J. Paul Getty is a man cloaked equally in mystery and in extravagance. Meeting him at a hotel that is illustrious and decadent in its excesses, John and Gail nervously walk off to meet J. Paul Getty for the first time. Telling their son to not touch a statue of a minotaur because it is “priceless”, the family quickly learns a few quick things about the legend that was Getty. First, as he corrects them about the “pricelessness” of the object, he is a man who believes everything can be commodified and everything is a business transaction. Second, as he does his laundry to save a couple bucks that, as he learns, can actually be put down as a tax deduction as well, he is a man who seeks to save a penny through any means his lawyers can concoct. Third, he is a man, by his own admittance, who ditched his family for his business and empire. To J. Paul Getty, making money is its own reward. He has no time for people without the same passion for money as himself, hates men who fall victim to wealth, and is also filled to the brim with pride. His pride reaches such levels that he even claims to young Paul that he knows for a fact that he is a reincarnated Roman Emperor, taking time to walk the boy through the ruins of his “past life”, and later revealing to employee Fletcher Chace (Mark Wahlberg) his plans for a Malibu estate designed to look exactly like his alleged Roman home.

Although Getty views men who deplete their wealth via hookers or drugs (which will both later consume his son John) as worthless, he gives himself into a different vice: his own ego. Seeing himself as not just the richest man in the world, but the greatest man the world has ever produced, J. Paul Getty is unaware that he has any character flaws. He casually brags about the price the minotaur would get at auction – which he claims is $1.2 million – while he managed to pay just $11.50 for it via negotiation, only for Gail to later realize that it is just a mere trinket sold by the dozens in a variety of sizes at a Roman museum. He brags about how rich he is, regardless of how pertinent it is the situation. As his grandson Paul is held captive, he buys a painting for $1.5 million and talks sweetly to it as if it were a living person. Though it is later learned that he buys art due to the way in which his finances were structured – the majority of the money put into a trust that can only be invested, leaving a small bit of money left over and the money from the trust that can be invested into art, hence why every square inch of his home is covered with masterpieces – the art nonetheless comes to represent his pride and vanity. His homes do the same, with every detail exquisite and lush. This is a man who prides himself in his large bank account, what it affords him to buy, getting the best deal via his negotiation tactics, winning against all odds, and finding ways to flaunt his wealth. In many ways, one could even read All the Money in the World as a timely critique on the demeanor of Donald Trump, but sadly, these critiques are likely universal to anybody with extreme wealth, as one comes to view themselves as invincible. Getty, as Scott shows, very much becomes this way.

Yet, as the film shows early on and as Getty explains, “everything has a price”. For Getty, this leads to a major alteration in his worldview from the majority of the public. There is no emotion, no sympathy, and no consideration beyond how he can financially benefit from a situation. As would later be revealed as foreshadowing, Getty has grandson Paul write letters on his behalf to people asking for money to help with their husbands’ tumors, etc. in which he, quite flatly, says no because then more people would ask and it would leave him broke. The reveal at the end of the film that Getty never contributed to charity hardly comes as a surprise, considering this approach and his refusal to pay Paul’s ransom due to his belief it would lead to all of his other grandchildren being kidnapped and, thus, harm his bank account severely. For him, his invincibility does not come up in the typical fashion, as in he does not believe nothing bad will happen to him. Instead, it comes in the fact that he knows bad things will happen. People with malintent will try to trick him in a deal, his grandchildren will be kidnapped, or he will be generally extorted for his extreme wealth. His invincibility, instead, comes in his extreme self-assurance that he will come out ahead. He will get the better deal, he will negotiate it in such a way that it sounds enticing to the other party but will only benefit him, and Getty will be able to further compile his extreme riches. 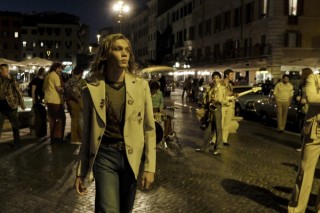 It is then quite telling why Getty sends in Fletcher Chace to assist Gail in finding Paul. Introducing the audience to Fletcher via his stern negotiation with a Saudi businessman regarding oil and their relationship with Getty Oil, the audience learns that Fletcher was a CIA agent but now primarily handles negotiations for Getty and did much of the same for the CIA. He is not sent to help find Paul, but rather to find a way to negotiate with the kidnappers and with Gail in a way that somehow benefits J. Paul Getty. Rescuing Paul would merely be a side effect of the business transaction. Assured with his perception of invincibility that this will happen, Getty is hardly worried about this issue and is instead simply aggravated that it is not proceeding fast enough. He has no fear for Paul. Fletcher attempts to get Getty to fear for his grandson’s life, warning about what the kidnappers could do to him, and even attacking his boss for his cold demeanor, yet Getty is not a man who got to where he was through receptiveness to emotional pleas. As his responses to letters had previously shown, everything does indeed have a price and his emotions, humanity, and soul, went long ago in his pursuit of becoming the richest man in the world. There is no room for emotion in the world of business according to Getty with this interaction being nothing more than yet another expense for his yearly report that, as he later discovers, can be partially written off as tax deductible if structured as a loan to son John Jr., which is a development he is greatly excited about.