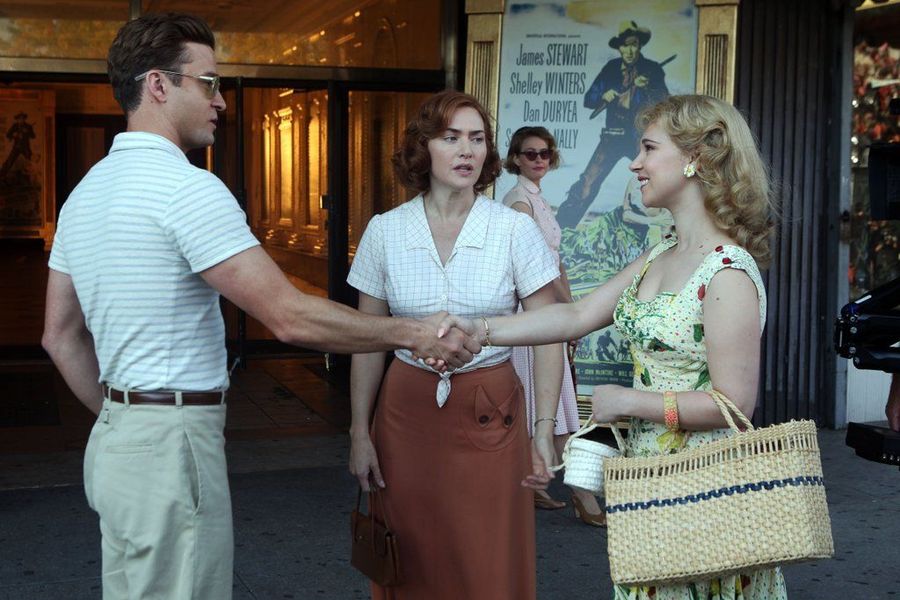 There are a number of cinephiles who anticipate Woody Allen films like a child does Christmas. Many hope for another witty screenplay while others watch for the prospect of another Oscar-nominated performance. Even the art direction and cinematography in some of the writer-director’s films are admirable and worth your notice. Unfortunately, apart from two or three efforts since the turn of century Allen’s films have become less appealing and Wonder Wheel is yet another production that tarnishes his legacy. 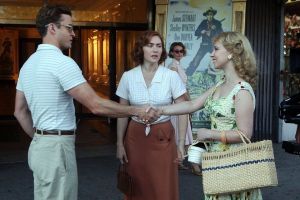 It’s the 1950s on Coney Island, and the film opens with Mickey (Justin Timberlake), a beach lifeguard who narrates the story. He introduces the audience to Carolina (Juno Temple) who arrives on the boardwalk looking for her estranged father, Humpty (Jim Belushi). She is directed to an oyster bar and told to ask for Ginny (Kate Winslet), the wife of Humpty, a waitress sick and tired of the job. She immediately knows that her husband won’t be happy to see his daughter but nonetheless takes her into their home, a makeshift apartment above the amusements. Humpty arrives soon after, and he is indeed displeased with the arrival of Carolina who has now split from her gangster husband who her father disapproved of. Despite this, Carolina is allowed to stay and we return to Mickey. He informs the audience that he is having an affair with Ginny and proceeds to explain how it occurred. The affair appears to be a distraction for Ginny from her tedious job and inelegant husband. The two have a connection in the arts with Mickey fond of plays and a keen writer himself, and Ginny a former actress. However, when Mickey meets Carolina, Ginny becomes frustrated by the infatuation that develops between whilst Ginny and Mickey’s own tryst continues.

Winslet has said that Allen harshly criticized her work whilst in production stating that he was “bored” watching her act out scenes. It is easy to see why though it’s hardly the actress’s fault as the screenplay is often repetitive and lacks drive. Even the editing between the delivery of dialogue on a number of occasions is sluggish and halts the flow of conversation. However, Winslet’s Ginny does eventually become interesting as her distress grows throughout the film. Unfortunately, Timberlake’s performance as Mickey is unconvincing as a narrator and contrived overall. Any delivery of lines or gestures by him feels perverse. Temple and Belushi give reasonable performances but nothing that stays on the memory.

Even so, there are moments in Wonder Wheel that are worthy of our merit. The production design behind the makeshift apartment is wonderfully constructed, and the lighting from the fairground in a couple of scenes is exquisite. One scene in particular stands out: when Carolina confides in Ginny about Mickey and the light from the amusements exposes their faces beautifully. Unfortunately, these moments are fleeting and do not justify sitting through this film.

Adulterous happenings are commonplace in recent Woody Allen films, but none are as dull and uninteresting as the one played out in Wonder Wheel and even the dramatic irony is no saving grace. Anyone hoping for another modern classic like Midnight in Paris or Blue Jasmine will sadly be disappointed and will instead find one of Allen’s worst efforts.