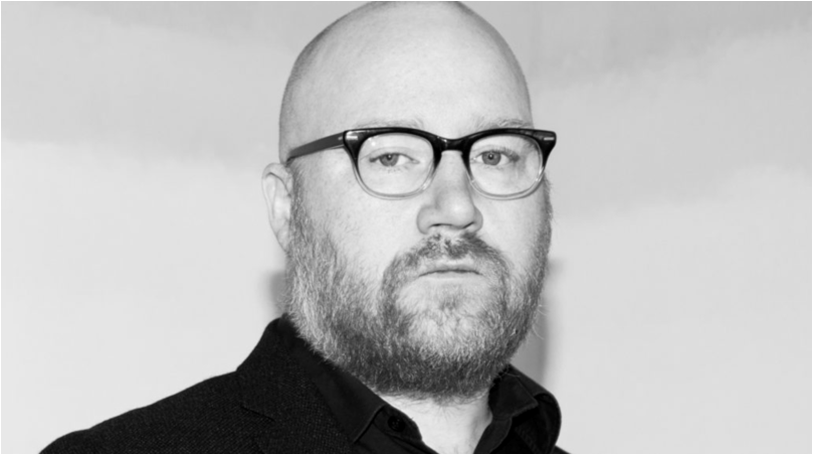 To the shock of everyone in the film community, we lost composer Jóhann Jóhannsson last month at the age of 48. Jóhannsson became known for his collaborations with director Denis Villeneuve and received increasing acclaim for his work in the past few years, culminating in nominations for the Academy Award for Best Original Score for his music in The Theory of Everything and Sicario. Given how few film music composers there are, his passing is- and will continue to be- felt in the film community. You can hear Jóhannsson’s final contributions to film music in the upcoming films Mandy, The Mercy, and Mary Magdalene.

Ian Floodgate– Jóhann Jóhannsson had established himself as a solo orchestral composer in the 2000s in his native Iceland scoring films and composing his own albums. In 2013 he began to gain wider recognition for his work on Prisoners, his first collaboration with director Denis Villeneuve.

Prisoners tells the story of two girls who are kidnapped and how the families and police involved are affected. As the film’s plot unfolds, pressure mounts upon the two leads played by Hugh Jackman and Jake Gyllenhaal. Both characters become frustrated and obsessed by events as Detective Loki (Gyllenhaal) is under pressure to find a suspect and pursues multiple leads while Keller Dover (Jackman) is discouraged by the police’s efforts and takes the law into his own hands. Jóhannsson’s score not only supports the plot but urges the audience to become invested in the film. Within the first quarter of an hour, Jóhannsson’s score perfectly crafts an element of suspense and acts as a stern warning for the terrible things that follow. Jóhannsson will be remembered for having a wonderful blend of traditional orchestration mixed with contemporary electronic sounds, and one of Prisoner‘s most recognizable tracks ‘The Candlelight Vigil’ displays his distinguished style.

Alex Sitaras– As far as I’m concerned, Jóhann Jóhannsson faced an uphill battle when scoring The Theory of Everything. The film a telling of the life of renowned physicist Stephen Hawking (Eddie Redmayne) and his relationship with Jane Hawking (Felicity Jones) is both a biopic and a romance, two genres prone to the tendency to dawdle into melodrama. While The Theory of Everything does not quite escape these trappings, Jóhannsson’s score helps ground the film into something that can earnestly express the sense of wonder, but also tragedy, experienced by Stephen Hawking as he both makes his greatest discoveries and becomes increasingly affected by Lou Gehrig’s disease. My favorite use of Jóhannsson’s score occurs when Jane rushes to find Stephen after she is informed of his disability. The piece, ‘A Game of Croquet’, is built on a repeating sequence of piano notes, a standard for the Icelandic composer, and expresses both the tension and concern that Jane feels for Stephen.

Added: When we chose Jóhannsson as the subject for this retrospective, Stephen Hawking had not yet passed away. So, in this portion of the retrospective, it seems only appropriate to note the involvement that Stephen Hawking himself had in the making of The Theory of Everything and his perspective towards the final film. After months of researching Hawking, Eddie Redmayne met the physicist several days before shooting and Hawking later visited the set of the film during the filming of the May Ball scene. He was shown a screener of the film before its TIFF premiere and was moved to the point of shedding a tear. Hawking granted his blessing to use his actual electronically-generated voice in the latter portion of the film, adding a touch of authenticity- and endorsement- to the story told in The Theory of Everything.

Ben McDonald– In interviews, Jóhann Jóhannsson stated that Denis Villeneuve requested Sicario’s score to be “subtle war music”. That’s about an apt description of Jóhannsson’s score as any. The score is incredibly understated, maybe even unconventionally so. Jóhannsson uses an entire 55-piece orchestra to discreetly supplement the natural cacophony of silence and suppressed gunfire in Villeneuve’s drug war film, layering acoustical strings passed through various electronica to provide a particular muted, dissonant texture to the images on the screen.

Rarely heard but always felt, Sicario’s score is remarkably restrained. It never truly overpowers the diagetic sounds of the film like a Zimmer score would, but it nevertheless overwhelms audiences with a sense of dread and urgency. Its bass-heavy, percussive sounds reflect a driving militaristic determination, while its dissonant, groaning string arrangements conjure a foreboding atmosphere of pervasive danger. Like Roger Deakins’ brilliant cinematography in the film, Jóhannsson’s score is highly stylized, but never flamboyantly so. Without it, Sicario wouldn’t be nearly as claustrophobic nor unsettling. It’s just one of Jóhannsson’s handful of wonderful film scores, and it’s tragic to see his unique and promising career end so suddenly.

Matt Schlee– Jóhannsson’s score for Arrival plays to the film’s surreal and intense nature. Mysterious space crafts have arrived on Earth and no reason has been provided by the aliens for their presence. Quiet, meditative music underscores Arrival’s sense of terror, wonder, and hope. The score develops throughout the film as Villeneuve feeds the viewer a deeper understanding of the world he’s building. Even so, moments with music are sparse, with large sections of Arrival not accompanied by a score. This allows the viewer to dwell in the suspenseful nature of the story while feeling a sense of relief or heightened tension when each new note is heard.

Jóhannsson’s score is often unsettling, which pairs well with a film that never exactly makes its viewer feel comfortable. The unusual use of sound subverts expectations and, much like the linguistic anomaly at the center of the film, questions how music can communicate with the listener. It reinforces the abstractions in Arrival of the communication barrier between man and alien, as well as that between man and man, and establishes an eerie and mysterious tone that holds throughout the film. Arrival was ultimately eliminated from Best Original Score contention at the Oscars because of the inclusion of Max Richter’s ‘On the Nature of Daylight’, but its soundtrack remains amongst Jóhannsson’s most powerful work.

2 comments on “The Scores of Jóhann Jóhannsson”