There’s a chilling moment towards the middle of BlacKkKlansman where Ron Stallworth (John David Washington) laughs at the notion that America would elect a man like David Duke to be President of the United States. The line evoked an audible groan from my 8:30 am Cannes screening, a healthy mix of 20-something year olds from all over the world. While this is just one of several jarring middle fingers to Trump scattered throughout the film, it’s the first and most impactful one- a splash of cold water sloshed across the fourth wall directly into the audience, sobering us up from the cozy dark theater back into harsh reality of 2018. 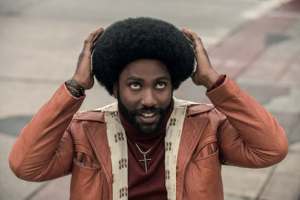 Spike Lee is a filmmaker whose work has never shied away from addressing America’s political climate head-on. Do The Right Thing challenged police brutality, racism, and America’s ability to succeed as a melting pot, while 25th Hour placed its characters in the immediate devastating aftermath of post-9/11 New York City.

BlacKkKlansman never feels as narratively experimental as either of those films, but it does represent the director’s most direct and unambiguous political statement yet. Through it, Lee honestly captures American racism and white supremacism as a comically pathetic, yet nonetheless treacherous cancer, symbiotically inseparable from our country’s past, present, and foreseeable future.

The film follows the true memoir of Ron Stallworth, the first African American police officer in Colorado Springs, who manages to infiltrate the area’s chapter of the Ku Klux Klan. For handling something as painfully serious as racism, BlacKkKlansman is often unexpectedly funny. Alec Baldwin opens the film, playing a white supremacist continually flubbing his lines while trying to make an intimidating propaganda film, basically summarizing the film’s sense of humor: racists are stupid and pathetic, so let’s make fun of them. 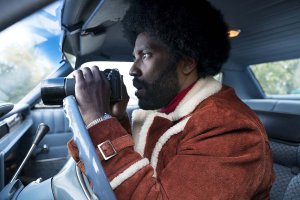 Many of such instances occur while Adam Driver’s character, Flip, is undercover. His attempts to blend in are so ridiculously over the top, so overtly racist that one would think it would be easy for the real KKK members to see through his disguise. But alas, the stronger the slur the more they seem to like him, at one point even almost electing him their chapter leader. The other Klansmen are themselves comically dim-witted, serving as extra punchlines when juxtaposed with their genuine insistence on pathetic rituals and activities like cross-burning and holding meetings over homemade snacks. I came into the film open to the criticism that Lee shouldn’t be using racism as a joke, but I was surprised to find that the sentiment isn’t very fair to the film’s message.

Lee’s thesis is essentially that the problem isn’t the unorganized militias of trigger-happy bigots that he depicts in the film. The real issue is the deep rooted, institutional racism in America that allows such groups to exist in the first place, the same subconscious prejudices that allow police officers to murder innocent minorities, that helped enable Donald Trump to become president. It’s no surprise then that Lee sprinkles in footage from cinematic classics like The Birth of a Nation and Gone with the Wind, films that praise racist ideologies yet are still hailed by many as masterpieces of the medium. 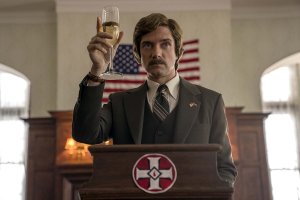 Stallworth seems to understand the true root of the problem too. In several instances throughout the film, he defends his profession against criticism from members of the black community with the claim that he’s changing the institution from the inside. Though Spike Lee uses individual racists in his story as a source of comic relief, he never for a minute allows the film to forget that racism as an idea still wields dangerous power and support. There were racists in the 70s, and there are still plenty of racists today.

The way in which BlacKkKlansman ends is nothing short of classic Spike Lee, in all his brilliance and importance as a loudspeaker against bigotry. Following a fairly light-hearted, jovial conclusion for Ron Stallworth and friends, the film cuts away to show a montage of the Charlottesville rallies of 2017, including the harrowing footage of the truck that plowed through counter-protesters and killed one. The footage grounds the film as one last connection to the present, and is by far its most poignantly enraged touch. All the racism of the 70s we’ve endured the past two hours is flung right back at us as not a relic of the past to be brushed aside, but something that happened last year.

What’s perhaps most frightening is that the white supremacists in the film talk exactly like the Charlottesville ones, dispelling any doubt that they were satirized or exaggerated for the sake of drama or humor. A final twist of the knife shows the real David Duke at the protest, in the flesh, continuing to propagate ignorance and hate to the next generation of bigots. Nothing has changed since the time of Ron Stallworth and the 70s, and Spike Lee is here to never let us forget that.