Alex Sitaras: One of the summer’s largest indies will be Under the Silver Lake [Editor’s Note: This film is now set for a December 7th release [Editor’s Editor’s Note: A24 is pranking us and now the film is set for an April 19, 2019 release.].]. The film is David Robert Mitchell‘s third film, following the immense success of his sophomore film It Follows. Under the Silver Lake looks to be more of a suspense or comedy film as opposed to horror, the film revolving around Sam (Andrew Garfield) who tries to make sense of a series of strange occurrences. Based on the trailer, the film seems very similar to the plot of the Pynchon novel The Crying of Lot 49. Sam encounters a mysterious symbol, conspiracy, and the underbelly of LA as he searches for his romantic interest Sarah (Riley Keough) who has gone missing.

Matt Schlee: I’m looking forward to seeing if Mitchell can repeat his previous success. I was a fan of It Follows and was particularly impressed by his ability to build atmosphere and to incorporate a compelling message into the film. Though Under the Silver Lake seems to play to a different aesthetic, I think a lot of the things that made It Follows interesting are transferable to other genres.

I also find it particularly interesting and almost odd to see a breakout horror director move away from horror so quickly. A lot of filmmakers get stuck when they start their careers out with a successful genre film.

Alex: He seems to be taking a different route than his fellow filmmaker Robert Eggers (The Witch) who will be returning to the horror genre in his next film. Still, I can’t say I’m entirely surprised. His debut film was a coming-of-age film so horror isn’t all that he knows. And, like you said, part of what make It Follows work are the elements that aren’t horror: the retro-futuristic technology, themes of sexuality and teenage love, etc. Given the success of the film, it comes at no surprise that actors like Andrew Garfield- who has been sparse in what he signs onto lately- and Riley Keough have flocked to him, and that also gives him more freedom to shift away from the horror genre and to have a bigger budget.

Matt: Speaking of The Witch, another film that I’m really looking forward to in June is Ari Aster’s feature debut Hereditary which promises to be the next arthouse horror darling from A24. The buzz around this film alone has had me eager to see it for months. The film stars Toni Collette, Gabriel Byrne, Alex Wolff, and Molly Shapiro as a family haunted by the metaphorical (and perhaps literal) demons of the recently deceased family matriarch.

Alex: Hailed as this generation’s The Exorcist by many after its Sundance premiere, Hereditary definitely has some high expectations to meet. With the film being Aster’s feature film debut, we don’t really know what to expect outside of the trailer, and I like that given the genre of the film. 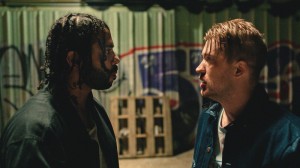 Another feature film debut we have coming this month is American Animals from Bart Layton. Simply put, the film is about a heist orchestrated by students at a university. While the premise isn’t anything groundbreaking, the immensely positive reviews the film received has me pretty interested. The film stars Barry Keoghan of last year’s Dunkirk and The Killing of a Sacred Deer fame. It’s very early in his career and American Animals looks to be another highlight of his work so far.

Matt: Obviously I don’t have much to say about the filmmaker as it’s his debut, but I’m very interested as well. I think that Keoghan will be the big draw for audiences to turn out for this one. He was the highlight of The Killing of a Sacred Deer and seems to be a star in the making. I’m looking forward to seeing him take on a lead role here.

This is a big month for The Criterion Collection, with a lot of fascinating titles from around the world. One that I am extremely excited about is Lino Brocka‘s Manila in the Claws of Light. Brocka is one of the most renowned Filipino filmmakers. Unfortunately I’ve only seen his two most well-known films: Manila and Insiang which was included on Criterion’s World Cinema Project Volume 2.

Brocka is a tremendously talented filmmaker. His films are melodramas and tend to really engage with his characters on an emotional level as well as the environment around them. This one centers around a young man named Julio (Bembol Roco) searching for his lost girlfriend Ligaya (Hilda Koronel). It is a wonderful artifact of world cinema that is well overdue for this US physical media release.

Alex: Brocka is, admittedly, a filmmaker I wasn’t familiar with until the WCP released Insiang. The fact that they’re releasing Manila as a stand-alone film is perhaps an indication that we could see more of his films as part of the Collection in coming years. The BFI trailer for Manila paints the film almost as a thriller, so I’m curious about how suspenseful his films might be given that you described them as leaning towards melodrama. In addition to the plot of searching for a lost girlfriend, Manila also tackles themes of working-class struggles and corruption. The Criterion restoration of the film comes with two documentaries as well as an introduction from Martin Scorsese and content from film scholars- a rather stacked release.

The last release we wanted to share this month is also part of the Criterion Collection, The Virgin Spring (dir. Ingmar Bergman). As we’ve bemoaned, the restoration is a June release rather than July, the month of the centennial of Bergman’s birth, and the Criterion Collection didn’t announce any new Bergman for July. Still, The Virgin Spring is one of Bergman’s strongest films featuring an absolutely haunting performance from Max Von Sydow as a man who takes revenge on three men who raped and killed his daughter.

Rather than being purely a rape and revenge film, Bergman finds a way to weave in the struggle of faith that von Sydow’s character faces and he sets the film within medieval Sweden, separating the film from the usual discourse and politics of the genre.

Matt: This is probably my favorite film from the first half of Bergman’s career. The scene where the daughter is killed is one of the most harrowing sequences I’ve seen in a film. Though Criterion’s lack of Bergman output for July was surprising, I’d still be shocked if we didn’t see more than this Blu-ray upgrade to celebrate the centennial. Still, an HD transfer of The Virgin Spring is a worthy way to celebrate Bergman’s legacy.