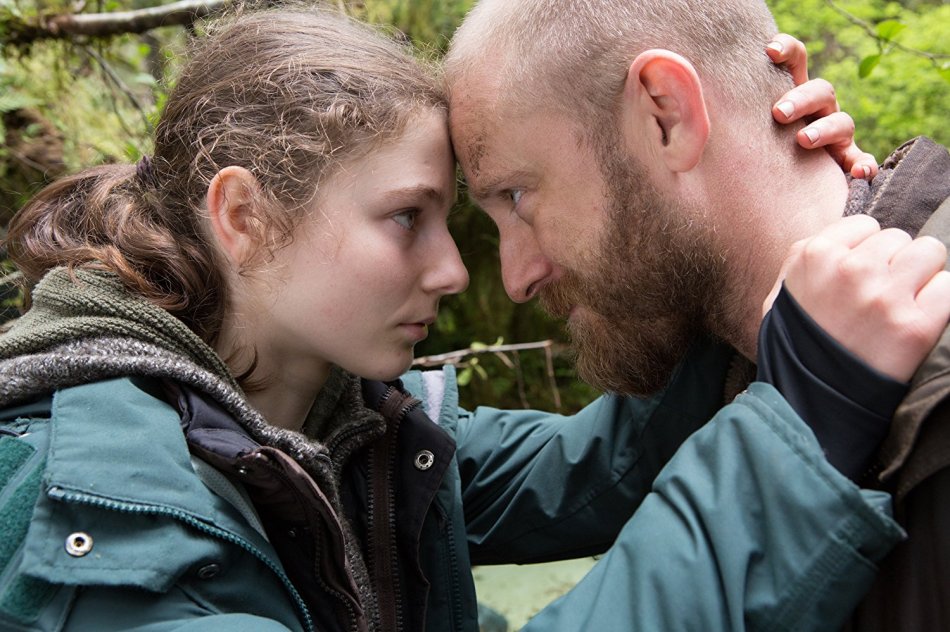 Eight years ago, Debra Granik’s Winter’s Bone was released. It was Granik’s most recent narrative work – she has directed two documentaries since then – and it was also the film that helped give rise to the star that Jennifer Lawrence would become over the next decade. In Winter’s Bone, Lawrence demonstrated her range and her immense skill as an actress, netting the first of a number of Academy Award nominations. Now, in Leave No Trace, Granik has done it again. She has given a great script to a talented young actress, gave her the space to probe the character and to become this young woman, and then just focused the camera on her as she declared to the world that she will become the next megastar in film. That young woman is Thomasin McKenzie, offering up a tour de force in her first starring role as Tom, a young girl living with her father in the woods and forced to either adapt to this world or go back to living in the woods. 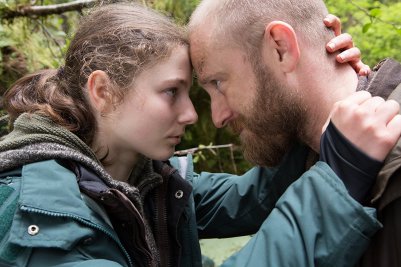 McKenzie undoubtedly steals the show in Leave No Trace, demonstrating the length to which she literally becomes Tom. Vulnerable, raw, and packed with emotion, her turn as Tom has many great moments but none may be greater than one scene in particular. After her and her father Will (Ben Foster) are found by the cops and given a place to live, Tom makes a new friend and stays out longer than expected. Meanwhile, Will is panic-stricken, sitting on the couch waiting for her return. Upon getting in, Tom stands before him and explains where she has been. Granik and DP Michael McDonough cut to a close-up of McKenzie as her face is flushed, her eyes are welling up, and her chin quivers as she explains where she was and her desire for them to just get a phone to make their lives easier. It is an emotional scene, one that McKenzie never acts in but experiences and that makes it all the more powerful. This is a constant throughout the film, as she never seems to be aware that she is in a film. Instead, it is as if Granik just happened to see this girl, thought she was interesting, and filmed her without her knowing. She never pours it on too thick, always lets the moment come to her, and captures the spirit, the words, and emotions, of Tom.

Yet, while McKenzie may be brilliant, Ben Foster similarly nails his role. In capturing his struggles as a man suffering from both PTSD and the loss of his wife – both of which seem to be the reason why he now lives off-the-grid and refuses to adapt to a “normal” life – Granik refuses to show his situation in an overly theatrical manner. Foster, as with McKenzie, matches this and largely acts through his eyes, face, and often solemn delivery. There is no explosive scene where he bears his soul and confronts his issues. Instead, there are just hugs with his beloved daughter, tears, and an unspoken bond between the pair that cannot be broken no matter the distance. Using a motif of a little whistle shared between the two to let each other know where they are, Granik captures this bond in a truly beautiful way. Foster and McKenzie’s chemistry together as father and daughter match this, while their refusal to turn their scenes into emotional and explosive bit of theatrics only heightens the film’s resonance. This is a love and a bond that always feels real with every element of the film coming together to heighten this feeling.

Granik and McDonough often focus on ways to visually represent this intimate tale. The end result is a heavy reliance on close-ups, often countered by long landscape shots or medium-long shots of them walking through the forest. Almost swallowed up by the green of the world around them, the pair find themselves in a world so vast, it is easy to seem lost. Yet, as the close-ups constantly remind the viewer, they are not lost as they are constantly focused on one another and what they want. When together, they will do whatever is necessary and sacrifice themselves to somehow help the other. This mutual sacrifice may be shown in the plot with Will doing whatever it takes to warm up Tom after a cold night in the forest or as Tom risks being caught again to find help for Will after he hurts himself in a fall. Yet, visually, the close-ups re-focus the attention on the intimate nature of this film. This is their story with their love propelling the film forward.

This is ultimately why the pacing of the film works so effectively. Granik and editor Jane Rizzo never succumb to overcutting. Instead, every cut is purposeful while every scene is prolonged for such a time that the actors have the room to explore the inner workings of themselves and the bond they share. Leave No Trace is an undeniably slow film, yet it never slacks in that pacing or feels as though it drags as there is almost some line of dialogue, some look, or some glance that keeps things moving forward whether thematically or in regards to the plot. While, for many, the pacing may wind up being too slow to be enjoyable, it winds up being the perfect decision for a film that prizes subtle and subdued emotion. It allows Leave No Trace to put a microscope on a moment and allow the audience to sit with it and realize what it is communicating without the film having to explain what is happening or how the characters feel.

While characters are undoubtedly one of the more important elements of the film, the film’s social commentary is also noteworthy. Focusing on a veteran in Will who continues to run and move with Tom as a way of, seemingly, escaping his past and escaping the demons that haunt his nightmares, Leave No Trace is an incredibly powerful film. Even more, it never minimizes or exaggerates how Will feels while never ignoring the impact it has on young Tom. Will never yells and screams. Rather, he runs, lives off-the-grid, withdraws from society, and copes with constant nightmares. He is haunted by serious demons and immense pain, forcing him into the only lifestyle that gives him peace. The VA, as the film notes, offers no help. Instead, Will is only able to find help in a former Army medic and other fellow veterans with the system wholly incapable of helping him. Thus, he dissociates with others, rather than being marginalized and forgotten amongst others. He literally aims to “leave no trace” as he covers his tracks, moves constantly, and tries to avoid contact with people whenever possible.

Yet, the impact his mental illness has on Tom is undeniable and inseparable from Will’s inner turmoil. Tom wants to live in the world, speak to boys, pet rabbits, hang out with beekeepers, and just settle down into a community. As Leave No Trace progresses, their competing desires find them growing apart but never resenting one another. Will is a man who needs to move and Tom is a girl who wants to stay. Neither is wrong and both have to walk the path laid before them. In this nuanced, understanding, and caring portrayal of PTSD and the impact it has on an individual and on their family, Leave No Trace is quite impressive. The film is undoubtedly moving, while possessing compassion and empathy that never feels forced or inauthentic. There are no judgments to be made in the film other than saying that PTSD is a wicked illness and that the VA has failed many veterans.

A truly beautiful film with great poetry within its script and visuals, Leave No Trace is a terrific return to narrative filmmaking by Debra Granik. Bringing to the forefront yet another tremendous young talent in Thomasin McKenzie, Granik’s film packs great power within its subdued and subtle exploration of these characters. It is not hard to imagine Leave No Trace being in contention for one of the better films to come out of 2018 by the year’s end.