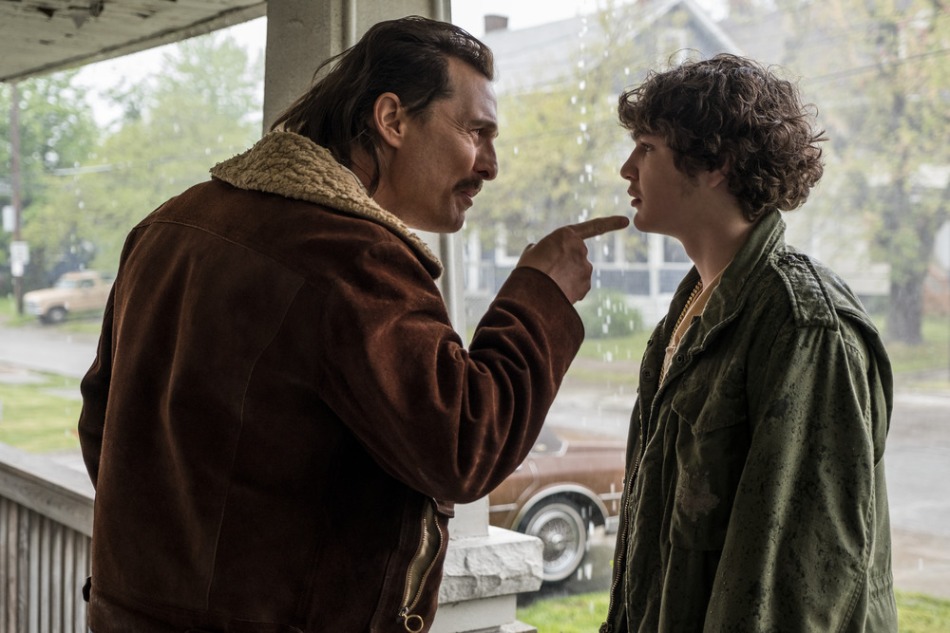 After receiving critical acclaim for his feature film debut ‘71, director Yann Demange left Europe for the United States in order to helm White Boy Rick. On the surface, it is an odd turn for a French-born director who lived in England for the vast majority of his life. ‘71 was a distinctly British film, earning Demange a place as one of the more promising directors to come out of Britain in recent years. Yet, while watching White Boy Rick, the emigration makes a lot of sense. For one, White Boy Rick is not necessarily a distinctly American story, instead featuring a brand of universality that is tough to stomach.

Richard Wershe Jr. (Richie Merritt) is a teenage drug dealer in a land without opportunity. He has two choices: deal drugs and go to prison or use drugs and die young. It is a bleak life, one without much in the way of a light at the end of the tunnel. As with ‘71, it is a story of a man trapped, forced into the impossible choice of fighting back or accepting his fate.

What makes White Boy Rick so tragic is that Rick winds up choosing the latter: he accepts his fate. His father Rick Sr. (Matthew McConaughey) sells guns to gangsters and his sister Dawn (Bel Powley) is hooked on drugs. Rick Jr., meanwhile, sells drugs and guns while working for the federal government. He is not allowed to return to school due to his criminal ties, unfortunately despite demonstrating signs of his poor education repeatedly throughout the film. His father sees these issues in his son, as does Dawn, but has no avenue  to fix them due to his lack of financial means. Thus, with so many negative influences and no way to escape, Rick Jr. and his family are left with the sole option left to them: crime.

The film wrings considerable empathy out of this story of a doomed young man playing the cards dealt to him. While the writing may be too quick to let him off the hook- at the end of the day, he still sells  drugs- it is hard not to be moved by Rick’s plight. Richie Merritt does an adequate job in the role as well. He struggles to catch the more expressive moments for the character, failing to capture any intensity with any measure of authenticity. However, when it comes to the quiet moments, as he stares out at the unjust world before him with a tear rolling down his face, Merritt sells the tragedy of his situation. As his sister, Bel Powley does much of the same, capturing the trauma and terror of Dawn as she tries to escape the life and falls deeper into drugs in the process. While not given much screen time, Powley does well with what she is given. However, the film is stolen by Matthew McConaughey. Rick Sr. may be a supporting character to his son, but McConaughey towers over this film from beginning to end. He captures the desperation, love, and passion of a man trying to fix his kids’ lives but having no idea how. He is hardly a good man or a good father, but McConaughey’s empathetic performance captures the character’s heart and reveals the humanity within him. 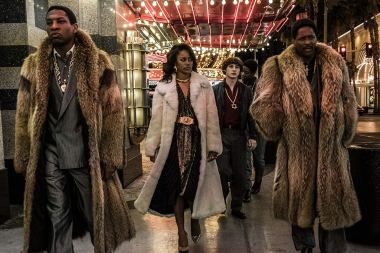 Visually, the production design and cinematography are often quite impressive, capturing a solemn griminess but also a great beauty. For the former, the rough exteriors set the tone for the film. This is a city in a state of decay, with every sign of its extreme poverty further highlighting the issues faced by Rick Jr. and his family. Even so, DP Tat Radcliffe manages to punctuate this darker tone with memorable moments of serenity. As Rick Sr. and his son drive, the camera tracks behind the car under the yellow night sky , as snow falls all around them. It is a great shot, one capturing the beauty of the city and of the night. The serenity lasts but a moment, however, ending abruptly with a tragic choice. This is a constant throughout the film, even at the end with a gorgeous two-shot of Rick Sr. in his car with a baby. As the camera cranes up and out of the car, the film lands on a precariously beautiful moment. However, as the rest of the film showed, it is one prone to change to tragedy in the blink of an eye.

The film does falter in a few areas. As Rick ascends to a position of considerable value to the FBI, the film never quite breaks out on its own two feet. From bar brawls to gun deals, White Boy Rick feels like any number of other gangster/crime films released over the years. It touches on typical themes of excess and shows the peril of running with a violent drug kingpin , all while never truly probing these areas in any great depth. The film hits a lull as it gets into its second half, slowing down from the crime highs of the first half and  diverting into random, awkward excursions of Rick’s love life. They are important to be sure, but one particular sex scene comes off as exceptionally creepy when considered in context. Other scenes of Rick falling in love with a girl from his old school similarly don’t work, diving into a necessary part of his life but without much inspiration.

Additionally, White Boy Rick seems to continuously miss the forest for the trees. The film, in its efforts to empathize with Rick, overlooks the human cost associated with his unscrupulous occupation as a drug dealer. The film miraculously manages to disassociate the amorality of his actions as a dealer with the suffering his sister endures at the hand of drug addiction, and is unable to capture any internal conflict felt by Rick over this. White Boy Rick also portrays the FBI providing Rick with product, but  the film to glosses over this and instead focuses on the positive results received by such aid, as opposed to any sordid real-life implications. The film briefly touches on the issue of race when it comes to sentencing and crimes, in addition to corruption in the city of Detroit, though these too are largely left for the background. In being a film about a largely black community seen through the eyes of a white family, White Boy Rick seems to miss out on too many larger ideas in favor of rather trite crime themes, proving quite underwhelming in this regard.

As White Boy Rick follows this family and the drama that unfolds in their lives, the film probes the perils of the working-class in a city that opportunity had passed over. While there may be moments of lightness and hope along the way, Demange shows the crushing weight of this world. It is a tragic story, one evokes great empathy even as the film examines flawed characters. However, this element is nowhere to be found in its more stereotypical entrees into the crime genre. Fortunately, with strong acting and frequently striking imagery, White Boy Rick is able to mostly overcome its shortcomings and become a solid, if unspectacular, film.