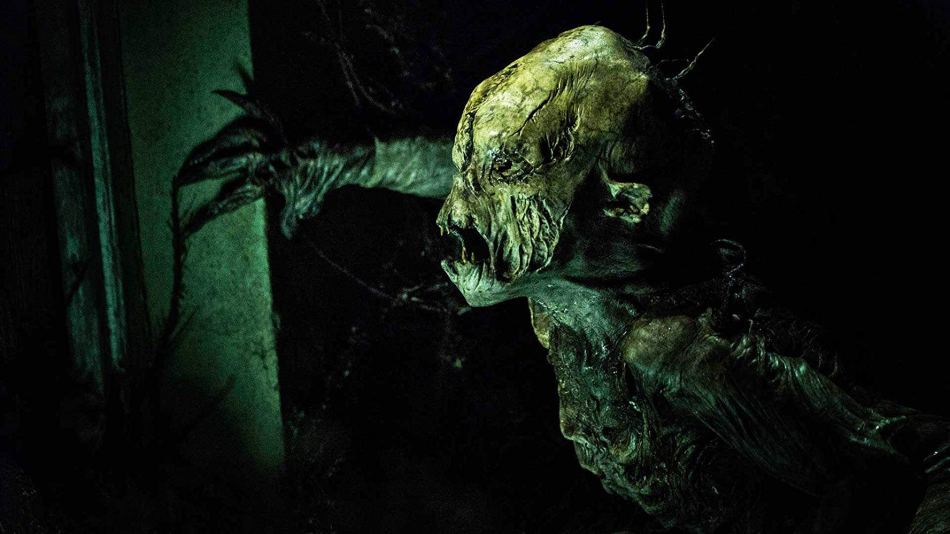 “Hallow be their name. And blessed be their claim”. 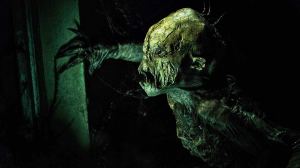 There’s something strange happening to mainstream horror. At a time where it seemed as though the dreaded found-footage craze would run the entire genre into the ground, a series of shining stars began to emerge. Stars that had risen from the ground up with their feet planted in independent productions with low-budget sensibilities, their brains fuelled with ideas designed with the desire to tell story above all else whilst providing the chills necessary for horror. Directors such as Mike Flanagan, James Wan and David F. Sandberg have all been snatched up and enlisted as  captains of tentpole mainstream horror films over the past decade. And whilst there have been some slip-ups, horror’s willingness to put these filmmakers first has rejuvenated the genre into a renaissance over the past few years.

Cue Corin Hardy, a British monster-loving filmmaker who had slowly built a style through years of experience as a special effects artist, eventually leading him to enduring a long-lasting shoot for his deut half-hour stop-motion short Butterfly. This penchant for makeup and monsters is all over his directorial debut The Hallow, in which a biologist (Adam Hitchens – Joseph Mawle), his wife Claire (Bojana Novakovic) and their newborn son Finn travel to a remote irish village surrounded by woodland in order to conduct the research needed to log the area and deforest what surrounds them. Despised by the locals for their part the deforestation of nature, the Hitchens then have nobody to depend on when something starts to intrude within their home, threatening not only their safety but the safety of young Finn too. Local law enforcer Garda Davey (an always welcome Michael Smiley) doesn’t offer up much hope either, chalking it down to the locals’ belief in ‘The Hallows’ – grotesque faery baby-snatchers who dwell in the woodland waiting to steal that which you love most. As Adam has trespassed upon their home they’re  trespassing unto his, with the terrifying promise to put his whole family in danger.

Straight from the get-go this low-budget darling feels fresh, with panning shots of woodland scenery that’s refreshingly real in a genre associated with sets and studio interference. Hardy was insistent to film on location in Ireland and it makes a huge difference, lending the opening of the film a slice-of-life quality that wouldn’t look out of place within a contemporary drama. Of course, it doesn’t take long for the warning signs to appear, and it’s immediately clear that we’re in good hands when we see the mangled and warped corpse of a mutated deer in all its glory…and it’s practical. Hardy took great care in ensuring his love for practical effects wouldn’t go to waste within the film, and enlisted the help of London SFX artist John Nolan to help create memorable creatures for the film in the same way Stan Winston and Ray Harryhausen did, and it shows. These aren’t your tinkerbell faeries, nor are they B-movie monsters destined for a premier on the ‘Syfy’ channel. The Hallows themselves are a deft mixture of costumes, animatronics and the occasional visual effect used to heighten the terror, such as removing a limb or animating an eye that glistens against the darkness. They’re desolate tree-people with hollowed out skulls and faces frozen in positions of fear, instantly memorable and gorgeous to look at. If ever John Carpenter or Guillermo Del Toro would cease to be, then Hardy proves here that he’d be more than happy to champion the tradition of practical effects.

With all of the work that went into visual effects and creatures you’d be forgiven for thinking that the film works alongside recent similar endeavors such as The Void and simply puts all of its eggs into one basket whilst the others wither and die offscreen but no- Hardy and fellow screenwriter Felipe Marino cleverly keep all of the action focused on Adam and Claire’s relationship, never once allowing the creatures to become the center of attention. This verisimilitude heightens the scares within the film, and allows both Mawle and Novakovic to really stretch their acting chops (and their lungs, of course). They’re the only ones on show here for the majority of the film, and it’s a testament to their performances that you never doubt the relationship between them or begin to feel fatigued at all. Mawles in particular has to deal with heavy amounts of makeup and prosthetics as the film goes on, which would otherwise limit his visible performance but instead he embraces it and gives Adam an empathic nature to solidify his strong will.

Whilst the plot of The Hallow remains simple, Hardy and Marino sprinkle in enough mythology and callbacks to traditional Irish fairy tales to keep purists happy, with Gaelic textbooks and ancient drawings depicting future events in typical fantastical style, blending into the film’s darkly-magical second half. It takes the common formula of holding up in a singular location (in this case a sprawling cottage) and inserts it within the confines of a twisted and unpredictable woodland. Whereas The Thing goes for the psychological element thanks to the singular mysterious antagonist, The Hallow unleashes an army of monstrous creatures allowing for a much faster pace and increased sense of danger. Once the proverbial Irish waste hits the fan it doesn’t let up, and Hardy piles on set-piece after set-piece right up until the film’s climax.

The Hallow also borrows small bits and pieces from other genre classics to beef up the atmosphere, for example the locals’ attitude towards the Hitchens’ echoes the likes of The Wicker Man, and the dark fairytale nature of the film often feels like a brisk Pan’s Labyrinth. These inspirations are worn on the heart of Hardy’s sleeve however; this is a filmmaker fulfilling his dream of joining those he’s looked up to for years and it’s difficult not to get wrapped up in the passion behind it all.

But it’s not all perfect. As a debut Hardy’s visual style is still being formed and whilst there are several standout heart-thumping set pieces within the film (one involving a car trunk and another involving an elongated claw that brings back vivid flashbacks of Lucio Fulci’s Zombi 2) the majority of the film is presented with little flare or much confidence behind the camera. There’s some nice moments cinematography-wise thanks to Martijn Van Broekhuizen and the choice to integrate on-set lighting instead of post-production messiness (apart from one scene which sadly sticks out towards the end). Hardy clearly knows how to present monsters on screen yet at times it feels as though his direction is the aspect of the film in which he’s least prepared. It’s a shame too, as true vision behind the camera would have elevated such material to a likely masterpiece. This isn’t to say the film looks bad or incomprehensible of course- every scene of the film is presented interestingly enough and the action sequences are clearly where Hardy’s having the most fun, but every now and then I found myself pining for a slow pull or an exercise in tension to really amp up what was happening before me.

When all’s said and done however, this is a small blip in what is otherwise a refreshingly classical horror film. Whilst the scares themselves may be dependent on how far your fear of monsters goes, for those who share Hardy’s love of the art form it’s an experience that’s hard to pass up. Editor Nick Emerson wonderfully describes The Hallow as a film that “feels bigger than its budget” and I couldn’t agree more. As Corin Hardy’s talent behind the camera grows I look forward to seeing what he can come up with next when allowed to tell his own stories (his current project is The Conjuring universe’s The Nun). As far as debut films go, a body-horror/monster home invasion film isn’t too bad of an outing at all.

“If you who trespass put down roots. Then Hallow be your name.”