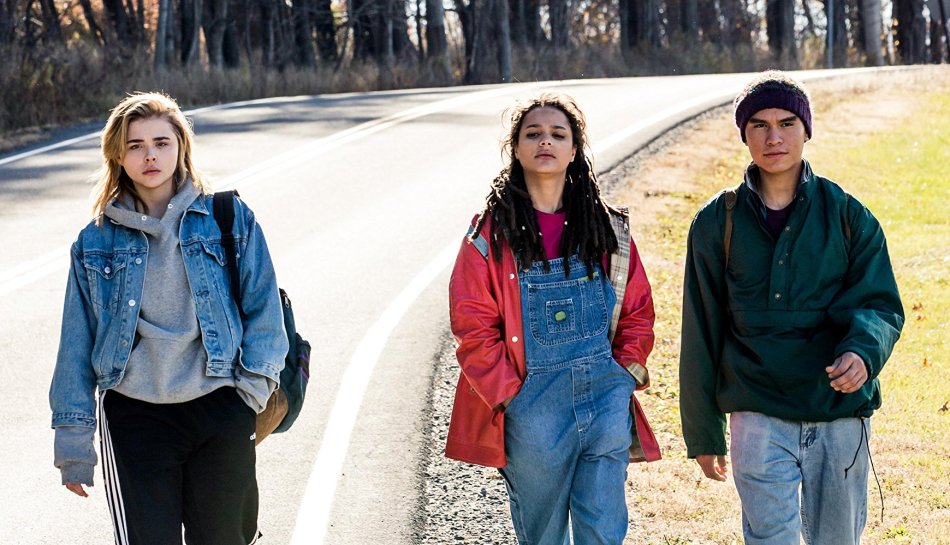 Due to different political and religious beliefs, a film like The Miseducation of Cameron Post may only reach a small audience, but that shouldn’t be the case. Director Desiree Akhavan’s second feature deals with the LGBT community not in a way that appears inclusive, but in a universal manner that anyone, no matter their background, can find the heart in. 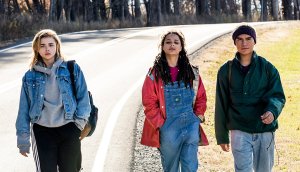 The film focuses on the titular character (Chloë Grace Moretz), a high school junior who is caught in the backseat with her secret girlfriend, Coley (Quinn Shephard). Distraught, Cameron’s aunt Ruth (Kerry Butler) opts to send her away to God’s Promise, a boarding school that intends to “correct” its students from their same-sex attractions through therapy and prayer. While dealing with the overly-optimistic Reverend Rick (John Gallagher, Jr.) and the incessantly stern psychiatrist and school founder Dr. Lydia March (Jennifer Ehle)- along with the anxiety associated brought on by the school itself- Cameron fortunately soon befriends fellow outcasts Jane Fonda (Sasha Lane) and Adam Red Eagle (Forrest Goodluck).

The “disciples” enrolled at the “school” are all required to list what they deem are the “reasons” behind their sexual orientation- be it lack of attention or their fondness/distaste for sports depending on their gender- in the form of an iceberg diagram, Reverend Rick’s point being that their homosexualtity is just the “tip of the iceberg” of their problems. The charts, along with the manipulative classes involved with the school, only result in the students’ rebellion toward their leaders and in camaraderie amongst themselves.

Despite being a period film, audiences will be quick to forget its setting. The film detaches itself from the current trend of recent films in which the humor and story come solely from the decade it is set it, meanwhile The Miseducation of Cameron Post’s setting serves to remind us how far rights for the LGBT community haven’t come. Watching the film, one tends to forget that it is set twenty-five years ago because the problems faced by the characters feel all too current. Akhavan seems to be commenting on how these injustices are still inherently felt and dealt with today, and that though progress has been made, there is still a long way to go.

A film as rich as The Miseducation of Cameron Post  is only enhanced by its stellar cast. Moretz gives a career-worthy performance, immersing herself into her character with such a sense of believability that one would think they were watching a documentary on her life rather than a work of fiction. Lane and Goodluck are prime cast members themselves, proving to be such great supporting roles to the lead that you wish they were blessed with more screen time. Ehle gives a quietly sinister performance as Dr. March, reminiscent of Louise Fletcher’s iconic Nurse Ratched in One Flew Over the Cuckoo’s Nest. Gallagher, Jr.’s performance is perfect, fully depicting the kind of hidden man an organization such as this is likely to be holding. And though all of the “disciples” churned out worthy efforts, a standout- and perhaps criminally unsung- role is found in Owen Campbell’s interpretation of Mark, a tragic character shunned by his family and driven to desperate actions.

The frank depiction of these thematic elements, as well as the frequent yet relatively tame sexual content, leads to the puzzlement of Miseducation’s R-rating. Much like the recent controversy surrounding Bo Burnham’s Eighth Grade, this seems to be another film cursed with a rating that could potentially distance itself from like-minded young viewers. As previously mentioned, tensions rise but nothing is overtly explicit- the same is said for the appropriately-placed sexuality. A film like this tends to suffer from being unjustly overlooked due to its rating and subject matter, and that is truly a shame.

Despite this, Desiree Akhavan has crafted a beautifully told story of love, loss, friendship, manipulation, and determination. The tone weaves so seamlessly from lighthearted to tragic that the overall result is an emotional rollercoaster that may not be one of the year’s masterpieces, but is certainly a standout that does not deserve to be missed.