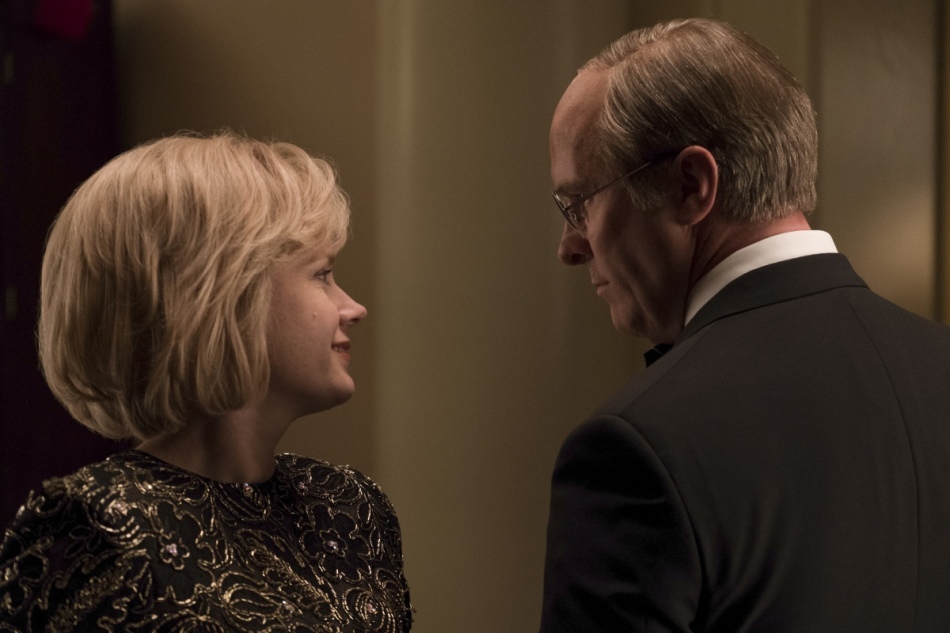 It should come as no surprise that Adam McKay‘s Vice reenacts the infamous “Mission Accomplished” speech given by George W. Bush (Sam Rockwell). In the film it serves as a bit of an inside joke, a wink at the audience as we know what is to come next. In the moment, Bush has no idea that he has been hoodwinked by those he trusted the most, while declaring victory long before the war would actually come to an end. What is not as expected, however, is how much Vice resembles Bush in this moment: confident, self-assured, and entirely unaware that the mission was not accomplished. Vice fails for a variety of reasons, whether from poor comedy, the McKay’s self-indulgence, or the surface-level analysis of Dick Cheney (Christian Bale) as both a man and politician alike.

One of Vice’s greatest issues is the uncertain treatment given to Cheney. For the most part, Vice offers a muddied and surface-level look at Dick Cheney that lacks nuance or true understanding of what its subject is really responsible for doing. Partially, this is due to McKay’s inability to balance Vice between its biopic aspirations and its larger attempt to show the changing landscape of the United States at the hands of the Republican Party. However, it is also due to McKay’s inability to really figure out how he wants to approach Cheney. The final monologue delivered by Dick Cheney as he stares at the camera implies he is a deathly serious man, one to be taken at face value as a truly ruthless figure. However, earlier, McKay imagines that Dick and Lyn (Amy Adams) discussed whether he should accept Bush’s offer to become Vice President via elaborate Shakespearean soliloquies. The audience is invited to laugh along as these two cocky idiots talk like this, only to then turn around and show that maybe Cheney is not that stupid after all. Vicious, maybe, but dumb surely not.

If this is supposed to be satire, then McKay never fully commits to it, as he tries to inadequately balance the gravity of his subject’s actions while poking fun at him. Vice seems to throw whatever it has at the wall to see what sticks. This extends to the more conventional biopic elements of the film, largely strewn in without care or purpose. Scenes of Cheney working on power lines or his infamous hunting incident are shown briefly, only to never be referenced again. In the end, Vice’s treatment of Cheney feels like a CliffNotes version of his life and career, lacking the nuance and depth to probe who he actually was. Is he a political master, a man who was just there at the right time and place, or a power hungry fool to be mocked? McKay’s contempt for Cheney gets in the way of this understanding, conveniently painting him and Republicans as monsters or jokes without ever bothering to actually understand them.

This muddled treatment of Cheney is also found in the film’s overall focus on the ramifications of his actions. Frequent montage scenes of torture and a match cut between a nervous Bush announcing the invasion of Iraq with a nervous family hiding under their table in Baghdad emphasize the gravity of what Cheney and his cohorts had done. Yet, there is also a scene of key Bush administration figures ordering horrible torture ideas and policies from a dinner menu. It is a farcical and irreverent bit of humor that only serves to trivialize their deplorable actions. McKay never wants the audience to forget the human cost of his policies or his indifference to the suffering he has caused, but seems content to play their callousness for comedy. In contrast, The Big Short was able to pick its moments, laughing at the absurdity of a stripper with multiple homes and shuddering at the wickedness of real estate agents proud of what they did. Vice is devoid of this understanding, laughing alongside its “villains” only to turn around and demand reckoning for the human cost of their actions. It winds up incredibly tone deaf, seemingly torn between bringing levity to the situation and trying to capture its true gravity. This confused tone only further clouds its depiction of Cheney and the larger Republican political machine.

Furthermore, too often McKay uses his characters as mere mouthpieces for his own ideas, leaning on heavy-handed dialogue or on-the-nose monologues to express what he feels about the situation. The characters are rendered as mere caricatures of what McKay wishes to mock, acting and speaking such a fashion. It becomes worse when the truth behind the narrator, Kurt (Jesse Plemons), is revealed as McKay wickedly lines Kurt up to be killed to free up a heart for the ailing Cheney to use. The everyman Kurt winds up lying on a table as he speaks to the camera where he expresses his frustration with the fact Cheney will live longer because he died. McKay plays this for irreverent comedy, but as a result, Vice effectively wishes death on Cheney. The film never hides its fantasy that Cheney never entered politics- the mid-film credit fake-out shows this clearly- but it takes this wish a step too far in this particular moment.

By the end, Vice offers very little insight. It reads like notes taken out of a history textbook, while McKay stops to preach to the audience about what it all means and how it all ties together. Trying to cram all of this information in a film on its own makes Vice far too scattered. However, in the course of trying to add so much and yet so little about it all, Vice never makes much of a point. This does not stop Vice from treating the information as though it were somehow brand new – while simultaneously making it seem so complex that it needs to be oversimplified – but also treating the audience as though they were complicit, as though we were tricked by the Republicans and media into believing the lies they sold.

This leads to great contempt for the viewer, exemplified in the post-credits scene. Self-reflexively featuring another focus group discussing whether Vice is liberal or conservative, the scene ends as someone decides to just watch and discuss Fast and Furious instead. It assumes that either audiences will misunderstand its intent after being spoon-fed information for two hours or that they are just so stupid they will probably not watch it in the first place. By the end, it feels as though Vice believes itself to be superior to its audience, passing judgment on us for not being as smart enough, while the film pats itself on the back for being able to see through the Republican ruse the entire time. 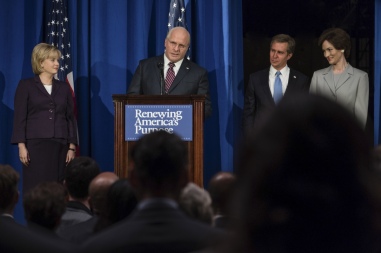 There are moments where McKay’s indulgent storytelling works, but these moments are too infrequent. Overall, the film ends up wasting the only consistent thing it has going for it: the cast. Christian Bale is exceptional, giving one of his finest performances to date as the uncharismatic but maniacal Dick Cheney. Amy Adams is also great as his wife, going all-out in depicting the shared ruthlessness she possesses. Steve Carell, Alison Pill, and Sam Rockwell all stand out in their roles, even if all are underutilized. When Vice intermittently hits, it leans on this cast and lets them capture the emotions, determination, and insanity of their characters. However, to its detriment, Adam McKay never trusts his cast to tell the story, always interjecting his showy attention-grabbing style, undermining whatever power or intrigue the cast was able to conjure up on their own.

Vice’s condescending tone and off-putting treatment of its audience exacerbate its problems. Too often, the film comes off akin to a Political Science 101 student who believes they figured it out, possessing the same immature gravitas and demeanor that implies. Thin and muddled characterizations along with oversimplified explanations further hold back Vice. The film is ultimately unable to decide whether Cheney and the Republicans are politically devious masterminds or somebody to laugh at, all while possessing the nuance of a Wikipedia page. This tonally confused and deeply unfunny film is a complete misfire, wasting a remarkable cast in the process.