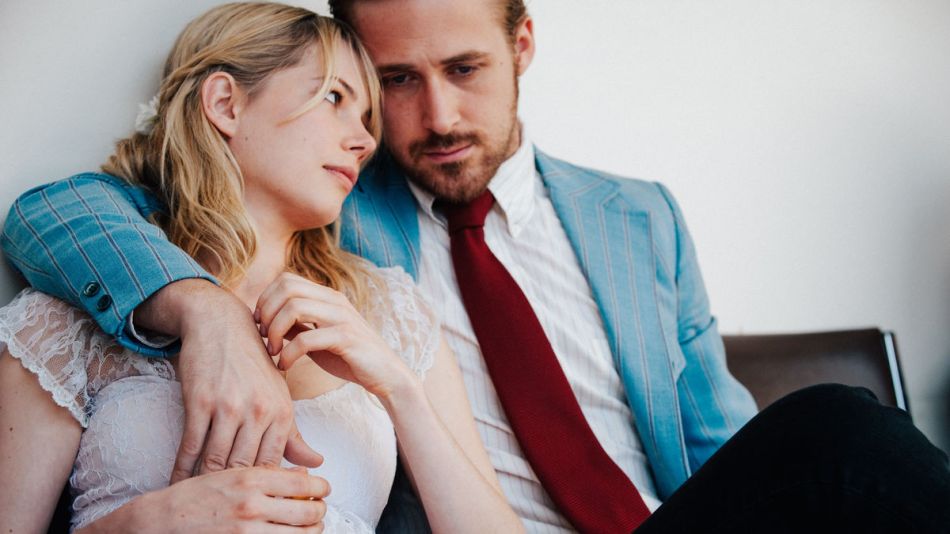 The idea behind Derek Cianfrance’s Blue Valentine stemmed from the divorce of Cianfrance’s own parents. To help comes to terms with their divorce, Cianfrance set out to make a film that depicted the start- and most significantly the end of- a relationship. The result? Blue Valentine, a tragic and heartfelt film starring Ryan Gosling and Michelle Williams. 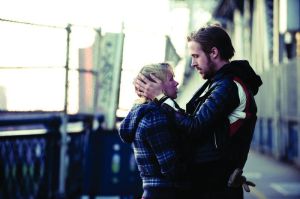 Only the second film that Cianfrance directed (and his first in over a decade), Blue Valentine had lofty goals set in place for the production of the film, some realized and some not. Michelle Williams signed on in 2002, seven years before the film finally attained the funding necessary to go into production, Cianfrance foregoing his director’s fee.

Including numerous flashbacks to the couple, Dean and Cindy, falling in love, Cianfrance hoped to shoot the scenes of their love first and wait six years before filming the falling apart of their relationship. While this ultimately did not occur, Cianfrance was able to ensure that Gosling and Williams were able to live together for a month in between shooting the first and second settings of the film. During this time, the pair emulated what a marriage between their characters would be like- going grocery shopping together, managing chores, watching TV, etc. Living together enabled the pair to improvise during scenes in Blue Valentine, allowing the film’s dialogue to feel very natural.

To amplify the dysfunction of their marriage, Cianfrance would instruct his actors to pick fights with each other, telling Williams to try and try and leave the room or disengage when arguing with Gosling and telling Gosling to use any means to get Williams’s attention. While this sounds like an absolute nightmare (but ultimately realistic in some declining relationships), this tactic turns out to be quite relevant at a pivotal point in the film.

The crux of the conflict between Dean and Cindy, and moreover the reason for the dissolution of their relationship, is that their marriage was not built from love- rather from a sense of compassion and obligation. When working for a moving company Dean meets Cindy, who is visiting her grandmother, while moving an elderly person’s possession to a nursing home. While their first meeting isn’t extraordinary, we see Dean minutes prior showing the new nursing home resident his room. Dean had decorated the room to highlight the elderly citizen’s possessions and accomplishments, creating a homely and heartfelt moment that is one of the loveliest of the film. The scene highlights Dean’s compassion, and moreover grants his character sympathy in our eyes, as we come to know and admire his kind and carefree personality. His first date with Cindy is adorable. When Cindy shortly thereafter discovers she is pregnant- even though Dean is not likely to be the father- he is determined to raise a family with Cindy.

Ryan Gosling exhibits great charisma in the role of Dean, even in the scenes that occur during the dissolution of Dean’s marriage. Boyish attempts to earn back Cindy’s affection are rebuked and we come to the understanding that Dean is not the type of person Williams had wanted to marry. Perhaps she would prefer Dean’s qualities in that of a friend rather than a lover.

We feel a sense of great recognition in viewing Blue Valentine, both in its depiction of a budding romance and in the collapse of a marriage. Like many couples, Dean and Cindy have ‘their song’ and in the case of Blue Valentine, it couldn’t have been a more lovely and poignant choice: Penny and the Quarter’s ‘You and Me’. At the start of their relationship, the song represents the togetherness of the couple, but as their relationship fractures, the song becomes more and more heart-wrenching to hear.

Blue Valentine was ultimately the film that brought Derek Cianfrance to prominence and declared his capacity to pull at our heartstrings. Cianfrance continued his success in the generational epic The Place Beyond the Pines, but Cianfrance never did return to the height of Blue Valentine in his romantic drama The Light Between Oceans. We can only hope he attains success with a third romance film at some point in his career.