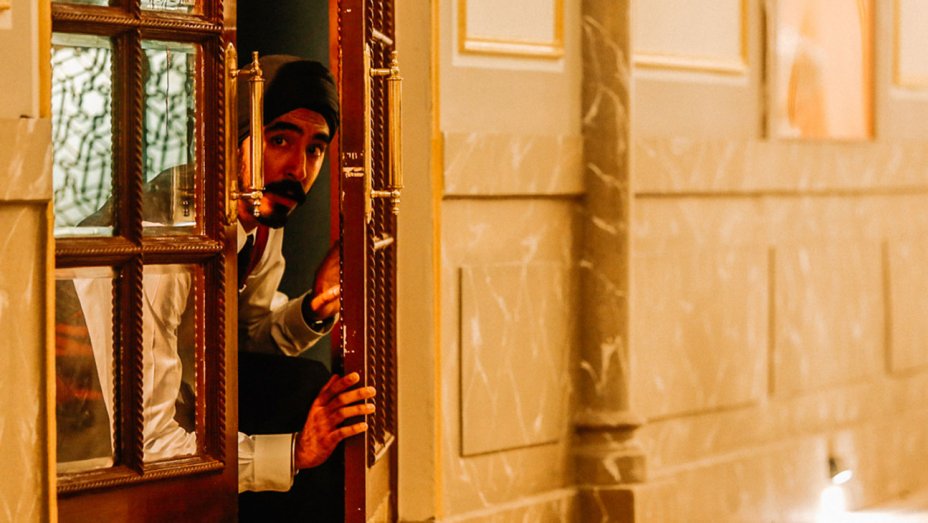 In 2008, a series of terrorist attacks occurred in the city of Mumbai. 10 terrorists from an organization based in Pakistan attacked 12 coordinated locations in the city over the course of four days. Approximately 166 people were killed and over 300 suffered non-fatal injuries. These attacks are the basis for the film Hotel Mumbai, directed by Anthony Maras. Aside from famous chef Hemant Oberoi (Anupam Kher), it follows a series of composite characters who find themselves in the Taj Mahal, which was one of the sites attacked by the terrorists. The film also follows the terrorists as they move through their attack while a mysterious man speaks to them on the phone, urging them to push forward as “Allah is waiting for them”. What unfolds is a harrowing and emotional journey, one that is never an easy watch and one that will challenge viewers. 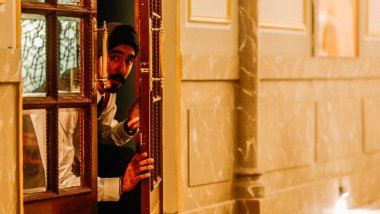 When it comes to films based on real terrorist attacks or tragedies, it is always challenging to approach them. There are real people who spent the worst moment of their lives experiencing the events that have now been turned into a film. Are films about such a topic inherently wrong and exploitative or do they hold some informational, human value? There is no easy answer, nor will Hotel Mumbai convince anyone who abhors this type of film. However, Anthony Maras does understand the human cost at the heart of the film. As much as Hotel Mumbai aims to inform, terrify, and move its audience, it never loses sight of the people who truly experienced these events. Every pull of the trigger feels like a punch to the gut, knowing that it is a human life being taken that is represented in that mere sound. As the attackers move through hotel rooms, the lobby, or the streets, Maras focuses on those who die. The camera lingers on them after they are shot, forcing the audience to see exactly what this violence has wrought. Maras never wants the audience to forget this or to get lost in the action, constantly reminding us that every “bang” from a gun carries with it an immense impact.

Hotel Mumbai, in understanding this human cost, does pour it on a bit thick when it comes to the composite characters, but as they are based in real people, it is hard to find too much fault. It captures so much human pain, fear, and anxiety in following these characters- especially with couple Zahra (Nazanin Boniadi) and David (Armie Hammer), who find themselves separated from their newborn baby and later from one another- that it is hard not to be moved. Yet, Hotel Mumbai really soars when focused on Hemant Oberoi and the staff. Oberoi himself is a real person, while the staff – such as waiter Arjun (Dev Patel) – are also composites of real people who worked at the hotel. Early in the film, Oberoi speaks to the staff and reminds them that, in the Taj, “guest is god.” These are not hollow words, inspirationally following the heroism of these men and women as they risk their lives for their guests. As the outmanned cops come into building- the special forces, who they were ordered to wait for, are hours away from reaching Mumbai- the same heroism is emphasized, courageously walking throughout the building despite their lack of training and the firepower carried by the attackers. As much as Hotel Mumbai mourns the loss of life, it celebrates this heroism and shows the incredible things that can happen when one is faced with horrific circumstances. 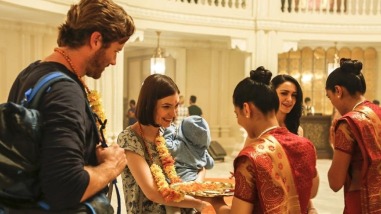 This humanistic approach is a guiding light for Hotel Mumbai, one that the film struggles with throughout. It never shies away from showing this heroism, creating pulse pounding tension as the characters walk around the hotel and just barely miss attackers walking nearby. These scenes only add to the moral conflict of Hotel Mumbai, at once being genuinely thrilling and a celebration of the bravery of those who experienced these attacks, but also bordering on exploitation. The camera work and direction can be guilty of this, panning just enough to show an attacker moving close to a character, putting one victim in harm’s way to demonstrate to David that an attacker is there, or lingering just enough on a shot to show how close the hostages were to seeing an attacker. The CCTV sequence, while brilliantly executed, finds Arjun desperately trying to call Hemant when the attackers are outside his location, and Maras capitalizes on the tension in the close call that transpires. As far as providing tension, the scene is excellent but it does go too far at times.

Its wide-scale approach in following the attackers, the guests, the staff, some people as they watch along in Mumbai, and occasional docudrama scenes from the news can also be problematic for Hotel Mumbai. Its purpose is to recreate the circumstances and events as they unfold, all while telling a sprawling story of survival and loss felt across numerous characters. However, it can become unfocused as it tries to do too much, feeling narratively scattered. The performances do however help. Whenever the film may flirt with losing sight of a character or a storyline, the tremendous acting reasserts a character’s presence in the story. Dev Patel is terrific here, playing the accidentally underdressed waiter who is determined to help and get home to his wife. His performance is anything but understated, wearing his emotions on his sleeves at every turn. The chemistry between Nazanin Boniadi and Armie Hammer as wife and husband is gut wrenching, delivering effectively moving scenes where their bond is the emphasis. The stoic and sturdy turn from Anupam Kher is another highlight, tasked with playing a real man who is larger-than-life, and yet Kher does so well in capturing the confidence, honor, and emotion of this heroic figure.

Hotel Mumbai is not an easy film to watch. It is often a brutal and horrifying experience, dropping the audience right into the midst of the terror that gripped Mumbai. Director Anthony Maras capably helms the film, remembering those who were lost and those who experienced the events, while celebrating those who put themselves on the line to protect others. It may come close to exploitation at times, but its overwhelming heart is hard to deny. The strong acting further grounds the film, providing that human soul the film needs. It will not win over skeptics of such films that depict real-life tragedies, but for those willing, Hotel Mumbai is a gripping and moving experience.