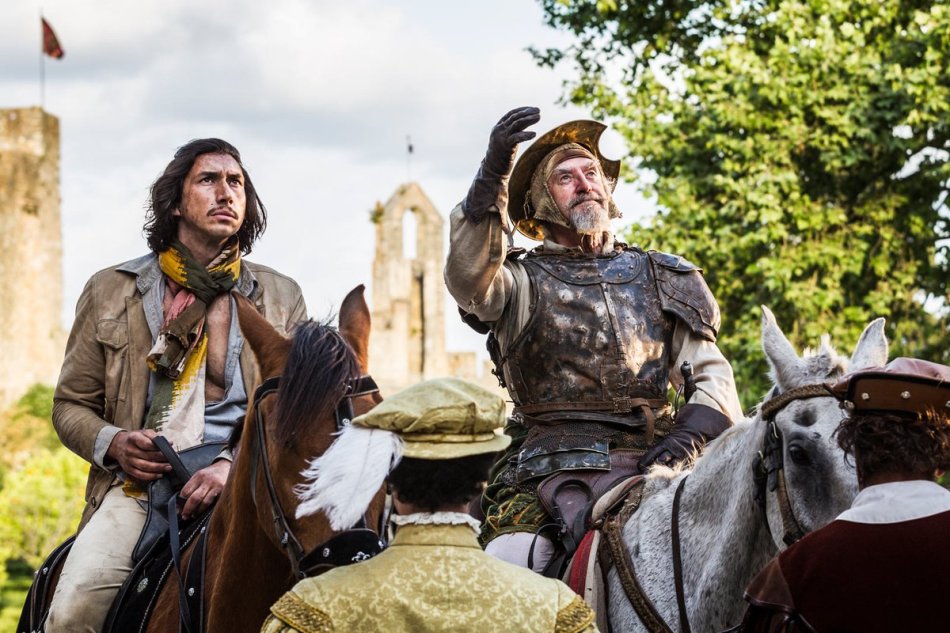 To live in a dream world while surrounded by a cruel reality is the crux of the character of Don Quixote. It is something that Terry Gilliam has built his career on, whether in his “Trilogy of Imagination” or in his “Dystopian trilogy”. The characters may lose themselves in dreams, but the sad and bleak world that engulfs them makes disappearing into worlds of wonder quite enticing. For this reason, The Man Who Killed Don Quixote should be the perfect marriage of material and director. Terry Gilliam seemed to recognize this, dedicating 29 years to his own dream of directing this film. It is an undeniably inspirational story of refusing to give up on one’s passion project. Unfortunately, the end result is considerably less inspirational with prominent flaws that leave it as a middling effort. 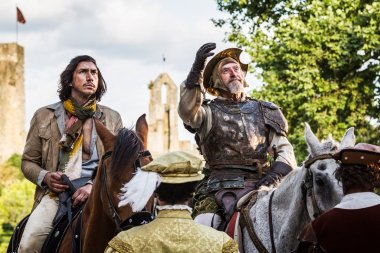 Gilliam takes the story of Don Quixote and Sancho Panza as merely a foundation for his film. In truth, it plays akin to a creative wading his way through the world around him. That creative being director Toby (Adam Driver) who, years prior, made a student film about Quixote. Now, he returns to Spain. Compared to then, he is far more jaded. He lacks the inspiration to complete his new Quixote-inspired commercial, opting instead to walk down the streets he had as a young, hopeful director. Along the way, he tracks down the old cast and learns of the largely negative impact his film had on their lives. After tracking down Javier (Jonathan Pryce), who played Quixote, Toby discovers that rather than settling back into life as a shoemaker, Javier continues to masquerade as Quixote. Riding around the countryside with his horse and his armor, Javier charges at windmills and tries to rescue maidens. In him, Toby finds a lot more than a “crazy” old man.

The Man Who Killed Don Quixote  is a story of imagination, inspiration, and of anti-materialism. These are all classic Gilliam ideals, finding a creative hampered by the needs of commercialism and going so far as filming an advertisement. The world around him is filled with gaudy excess – whether real or imagined – while his cynical boss (Stellan Skarsgård) spends the whole film schmoozing a Russian businessman who loves flaunting his wealth at any opportunity. It is not hard to imagine why someone like Toby would want to slowly drift into the world of Quixote. He has been stripped of his desires and visions, while those he thought he helped with his work have been left with nothing but broken lives. When it is focused on these ideas, The Man Who Killed Don Quixote is at its most successful. It is a deeply personal story, an almost forlorn look at where one’s life is and how it would be better to just spend the rest of existence as a mythical hero. 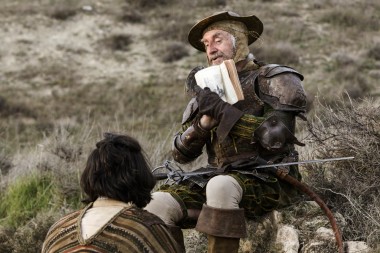 Unfortunately, this foundation is largely incoherent in practice. The film bounces from idea to idea with the manic energy of a child in the midst of a sugar rush. Blending dreams and reality only adds to the confusion of the film, while Gilliam throws plot threads at the wall that further obfuscate the situation. It plays like a film that has been festering in his mind for 29 years with ideas only piling up, all of which are represented in the final product. Whether it is the dream sequences or an odd (and often unprobed) self-reflexive side to the story, the film throws so much at the wall that very little sticks. Some of it can be fun and entertaining, but just as much is tedious and uninspired. The story, similarly, is scattershot to the extent that it begins to feel half-hearted. The tension, especially concerning a tired “damsel in distress” scenario, is flat. It lacks the necessary heart to resonate, drowning both out in aimless creativity. Even Quixote, himself, begins to be overshadowed, becoming secondary to aimless imagination. There is a lot to love in The Man Who Killed Don Quixote, however, its lack of cohesion leaves it as a largely unfulfilling experience.

The “damsel in distress” subplot being woefully cliche is perhaps less of a concern than the repeated descriptions of Angelica (Joana Ribeiro) as a man’s “property”, as needing to be “saved”, or being a “whore”. The film never moves beyond these crude descriptions by herself or fellow characters, leaving her as a paper-thin and objectified figure. Even her pain after working on Toby’s film is less about her and more about how it shatters his belief that he helped her. This is emblematic of how there is little for Angelica to do outside of being the object of men’s fantasies. She embodies the “dream” girl from Quixote’s stories with the film never bothering to expand her beyond these roots.

Of note is the cinematography, which is hard to criticize as a lot of DP Nicola Pecorini‘s work here is beautiful. The long shots of the open terrain or the wonderful usage of sunlight poking through rocks prove quite eye-catching. Pecorini excels in also capturing the mystical nature of Quixote’s visions, giving them a dream-like quality and using the light in such a way to give the scenes a strong fantastical feeling. However, the work can be flawed. The repeated usage of oblique angles proves excessive, doing little to add to the dream/surreal scenes in which they are deployed. Nonetheless, it is largely impressive in spite of that key issue with Pecorini’s work being a great asset to the film. 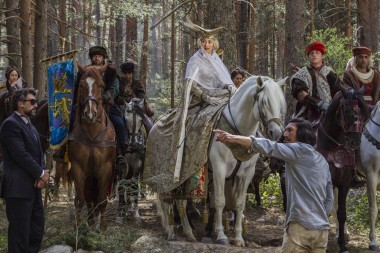 The acting in The Man Who Killed Don Quixote is consistently strong with Adam Driver and Jonathan Pryce standing out. For the former, it is perhaps not Driver’s finest performance, but it finds him expertly delivering dry comedic lines and capturing the annoyance that Toby feels for the world around him. The disregard he has in the beginning versus the willing embrace of the mystical by the end is capably sold by Driver, adding a relatable and pleasant presence. Pryce is similarly strong, going from a Spanish-only and confused non-actor to a man who is obsessed with being Quixote. The joyful and hammy performance that Pryce turns in – measured with some strong emotional work towards the end – is subtly poignant, hitting all the right notes.

After trying to make this film for 29 years, the fact that Terry Gilliam succeeded is perhaps enough. He faced every obstacle one could imagine, yet he still made the film he wanted. Unfortunately, the film is flawed. A strong foundation, entertaining cast, and eye-catching cinematography are off-set by unfocused direction and thin characterizations. Compared to Gilliam’s inspired and imaginative works, The Man Who Killed Don Quixote feels flat. It never takes off, throwing every creative idea it can into the film without little purpose. While one cannot doubt Gilliam’s passion in bringing the story to the big-screen, that same passion is only intermittently found in the final product. As a result, The Man Who Killed Don Quixote is a mixed and underwhelming film.

0 comments on “The Man Who Killed Don Quixote ★★”