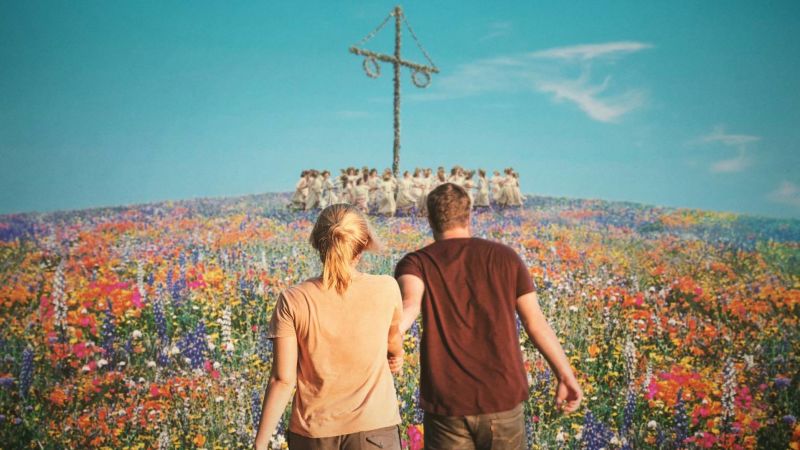 Ben McDonald: Summer is usually a stale time of the year for interesting movies, but this July is proving a serious exception. First up on the list of highly anticipated indies this month is Ari Aster‘s Midsommar. Following up on the tremendous commercial and critical success of his prior outing Hereditary, Aster returns only a year later to grace theaters with a new nightmare. Midsommar follows American couple Christian (Jack Reynor) and Dani (Florence Pugh) who travel to Sweden and accidentally get swept up in a bizarre pagan ritual. The film also stars Will Poulter, who has been gradually rising the past few years with appearances in The Revenant, Detroit, and Black Mirror: Bandersnatch. 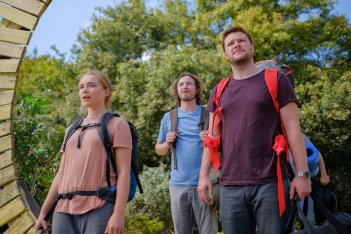 Unlike Hereditary, which made exceptional use of very dark cinematography, Midsommar reportedly takes place completely in broad (unnatural) daylight. There seems to be a psychedelic angle to the film, and early reviews suggest it’s surprisingly funny. Out of all the great films coming out this month (and maybe even all year), I’ve got to say, Midsommar is probably my most anticipated release. What about you Matt?

Matt Schlee: After Hereditary, I’m certainly excited to see what Aster comes up with here. Hereditary showed a surprising amount of maturity for an inexperienced director and though it had some moments where Aster’s restraint faltered, I imagine we will only see more quality filmmaking from him as he develops.

I am very much looking forward to Quentin Tarantino‘s new film, Once Upon a Time… in Hollywood. The film follows a TV star (Leonardo DiCaprio) and his stunt double (Brad Pitt) in 1969 as they learn to cope with the changing landscape in Hollywood. I am right in the demographic that learned to love movies with the help of directors like Tarantino. I find myself even more excited as a huge fan of this era in Hollywood, with the promise of plenty of homage to New Hollywood packed in.

Ben: I’m also very excited for Tarantino’s new film, and I was actually fortunate enough to watch the red carpet for the premiere the very first day I was at Cannes (Tarantino even waved at us). While I sadly didn’t get to see the film itself, the reviews coming from Cannes sound like an intriguing change of pace for Tarantino, indicating a degree of self-introspection and a lack of the typical excitement his films are known for. I haven’t loved the past two things he’s made, Django Unchained and The Hateful Eight, so the return to a Los Angeles setting is a welcome change for me. The last interesting thing to note about Once Upon a Time… in Hollywood is that it takes place during the Manson family murders, and stars Margot Robbie as Sharon Tate.

Up next on the docket is a favorite from Sundance this year, Lulu Wang‘s The Farewell. Starring Awkwafina as Chinese-American Billi, The Farewell follows a family as they travel to China to spend their final days with the family matriarch, Billi’s grandmother (Zhao Shuzhen), who has unknowingly been diagnosed with terminal lung cancer. The rave reviews from Sundance have praised Awkwafina’s performance and the film’s moving story, as well as its thoughtfulness on cultural identity.

Matt: While I’m not familiar with Wang, I’m really fascinated by the idea of a unique look into a culture like this one. This sort of intimate look at the dynamic regarding death in a traditional Chinese family isn’t the sort of thing that takes the mainstream spotlight too often. Not only does the film look to explore this cultural aspect, but it approaches it from the perspective of an American member of the family who doesn’t necessarily relate to the Chinese customs at play and it should present an interesting conversation about the right way to handle the death of a loved one.

Ben: The last theatrical release we’d like to discuss this month is The Art of Self Defense. Directed by Riley Steams, the film follows a shy accountant named Casey (Jesse Eisenberg) who decides to learn martial arts after being physically beaten by a biker gang. The film premiered at South by Southwest back in March to positive reviews, and also stars Imogen Poots and Alessandro Nivola.

I remember hearing some interesting things about this film after SXSW. It’s a black comedy that looks at least somewhat funny based on the trailer, and seems to deal with the issue of toxic masculinity very much in the vein of something like Fight Club. Have you seen or heard anything about this film Matt?

Matt: I haven’t heard much about this one, but it sounds like the Fight Club comparison is appropriate. Eisenberg seems like an ideal choice for this sort of character, and this only being Steams’ second feature film, I think he will have some freedom to be more direct with what sounds to be a pretty heavy handed message.

The last film I’d like to mention for this month is the new Blu-ray release of Val Lewton‘s The Leopard Man being put out by Shout Factory. This is one of Lewton’s most chilling and memorable feature films and is the next in a string of impressive Lewton releases by Shout, following Curse of the Cat People and The Body Snatcher. The new release features a new 4K scan of the film and two audio commentaries: one by film scholar Constantine Nasr and one by director William Friedkin. Ben, have you seen The Leopard Man?

Ben: I have not, and honestly pre-1960s horror is one of my various blindspots. What recommendations would you have for someone like me, who isn’t familiar with this period or subgenre of horror?

Matt: Lewton is an interesting case because he rose in parallel with the Universal monster era but served as a stark contrast – making films that were eerie and character-driven rather than grotesque and action packed. I think The Leopard Man and Cat People are great places to start with Lewton. The Body Snatcher serves a particularly interesting comparison to the Universal horror films as it features two of Universal’s greatest horror stars: Boris Karloff and Bela Lugosi.