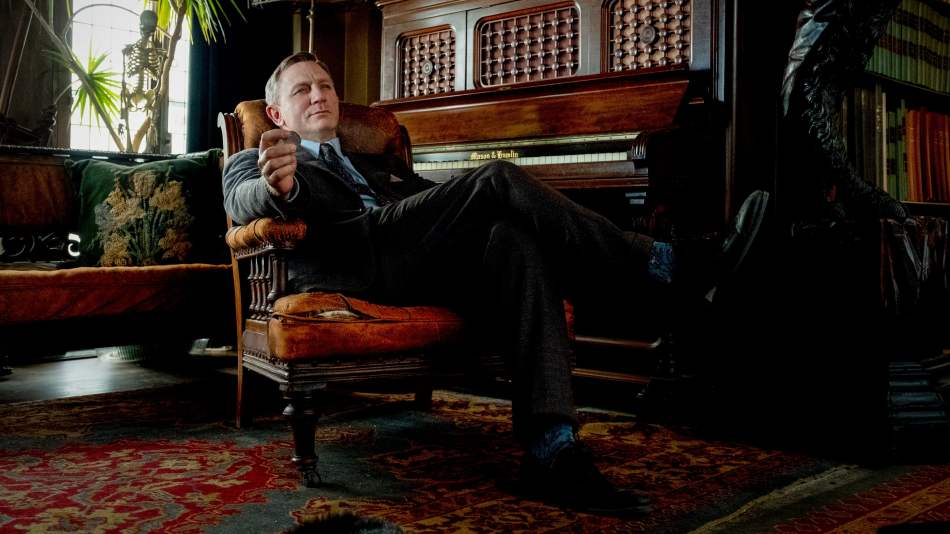 Class warfare has been a recurring topic of interest at the movies this year. In Us, Jordan Peele infused a home invasion-thriller with extended allegorical commentary on class and the inherent inhumanity of reducing people to winners and losers. Bong Joon-ho delivered a wickedly funny and deeply tragic critique of capitalism with his masterful Parasite, toying with the exploitative structure of the socioeconomic pyramid to shocking ends. And Rian Johnson certainly tackles class in Knives Out, his Agatha Christie-inspired murder mystery that throws various members of an upper-class family into vicious competition for their deceased patriarch’s $20 million fortune. Knives Out may not stack up to either of the aforementioned films in terms of originality – Johnson seems far more interested in captivating and replicating traditional whodunit mysteries than he is delivering a comprehensive socioeconomic critique – but it’s nevertheless a refreshing return to the rapidly diminishing mid-budget movie, and a damn entertaining one at that.

Outside of Scorsese‘s The Irishman (and perhaps Greta Gerwig‘s Little Women), it’s difficult to name another film this year that boasts a more outstanding ensemble cast than Knives Out, which features a broad mix of stars and character actors alike, including Daniel Craig, Chris Evans, Jamie Lee Curtis, Michael Shannon, Don Johnson, Toni Collette, Lakeith Stanfield, Christopher Plummer, and Ana de Armas, among others. The whole cast has terrific charisma with one another, but it’s especially exciting to see Craig and Evans as original characters after both have (to varying degrees) withered away in tediously restrictive franchise roles for the past decade.

With such an instantly likable cast of actors at his helm, Johnson devotes much of the film’s first act to simply meeting and connecting each eccentric player to their place within the Thrombey household. After successful mystery author Harlan Thrombey (Plummer) is found dead in his room by apparent suicide, two police detectives are sent in to question each member of his surviving family, all of whom – in addition to Harlan’s caretaker Marta (Ana de Armas) – attended his birthday party the night of his demise. Aiding their interrogation is famed private investigator Benoit Blanc (inhabited by Craig with a deliciously out-of-type Southern drawl), who was mysteriously hired by an anonymous party to expose the true manner of Harlan’s death.

It takes a while to orient oneself within the dysfunctional dynamics of the Thrombey family, but Johnson thankfully affords his film an ample chunk of runtime to do just that, crisply cutting each member’s differing accounts of the party together and in the process uncovering their secret goals and weaknesses. It feels as if the film is setting up possible motives for Harlan’s murder before it does the unexpected and flashes back to a more or less definitive account of Harlan’s death. Revealing any more of the plot would ruin the fun of witnessing its thrilling twists and turns for yourself – it is a detective mystery, after all – but suffice to say the film advances from that unforeseen choice in surprising and satisfying directions.

Buried right underneath the surface of this rather typical murder mystery is an airy commentary on class and America’s current political climate, revealing itself through overt references to modern politics and the interesting dynamics between the Thrombeys and Harlan’s immigrant caregiver Marta (none of whom can be bothered to remember which Spanish-speaking country she’s actually from). Many will likely find the more conspicuous political allusions to be on-the-nose and obnoxious – which range from simple name-calling (liberal snowflake, alt-right troll) to an intentionally cringe-worthy discussion of Trump – but on closer inspection these ties to current events do serve a genuine function in satirizing the consequence-free insulation enjoyed by every member of the Thrombey family. Don Johnson’s character is probably the easiest target to laugh at, a Trump supporter that prides himself on being a legitimate, self-made American, yet really is just a man who fell into his wealth through his wife’s business (which itself was bankrolled by a “small loan of a million dollars” from Harlan). The film’s more daring proposition is that the difference between him and the rest of the family is slim-to-none. They’re all extremely privileged and wealthy, but only because of Harlan, and Harlan alone. Any moral standards they boast themselves of having – especially with regards to how they treat Marta and each other – are immediately tossed out the window at the first sign of losing that economic privilege.

The comedic mileage of Rian Johnson’s neoliberal critique will vary per viewer, but its cleverness is certainly there, wrapped up in an overwhelming and at times even distracting 2010s aesthetic. The film does pretty much everything it can to remind you that it’s a film that takes place today – a character hits a Juul not even ten minutes into the film – but ultimately its bizarre insistence on dating itself is little more than questionable window dressing to its timeless message and entertaining genre conventions.

Even for those who go to the movies to escape the never-ending insanity of our current world, there’s a good chance that Knives Out will offer plenty of distracting entertainment for everyone. It’s a fantastically fun film for the whole family, and still manages to slip in some thoughtful satire without overplaying its hand or lecturing its audience. At a time when studios seem to be rapidly losing faith in any movie without a cape or lightsaber attached to it, the box-office success of something like Knives Out is truly nothing less than a shining beacon of hope. The abysmal lack of original studio releases is a problem that certainly isn’t going away anytime soon, but for now I think we can all be grateful that unpretentious auteurs like Rian Johnson are continuing to make clever and genuinely enjoyable films for audiences of all backgrounds.