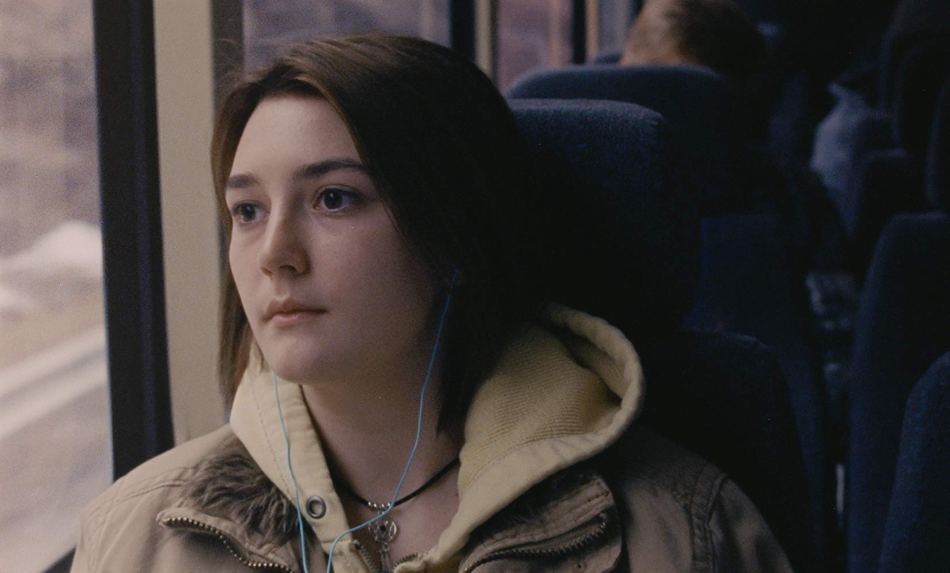 Eliza Hittman’s Never Rarely Sometimes Always is one of those Sundance films that will surely get people talking. It is harsh, unforgiving, and frank about its subject matter – exactly as it should be. Heavy topics like a teenage girl desperately trying to get an abortion (while hiding it from her parents) deserve serious attention because they aren’t something that should be sugarcoated. Hittman’s film not only serves to challenge viewers to pay direct attention, but also to open the eyes of the ignorant as well. 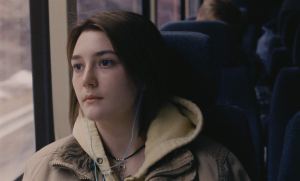 The film opens with Autumn (Sidney Flanigan) coming off a seemingly abusive relationship with her boyfriend. We soon realize that the boy has gotten the seventeen-year-old pregnant. Autumn ultimately decides not to tell her parents, confiding in her main source of support, her cousin and co-worker Sklyar (Talia Ryder). When she realizes she cannot get an abortion without parental consent in her home state of Pennsylvania, they squander up enough money to hitch a train for a procedure in Manhattan. However, the process is difficult, even in a state that is supposed to make it easy, and her journey becomes more complicated by the minute.

Upon initially reading the synopsis for the film, a viewer might mistake the film to be a sob story intended to pull heartstrings just because the film focuses on a traumatic event to such a young protagonist. However, this isn’t what Hittman is going for. There is no doubt the viewer cares for Autumn and empathizes with her, but Hittman’s intention is to be as direct and honest as possible no matter how uncomfortable it makes people.

This is not to say this is a numbing film that will ultimately leave the viewer feeling empty. In fact, you feel for Autumn from the very opening scene, as she sings a presumably self-written song at her school’s talent show, detailing in frank detail her abusive experience with her boyfriend. Manipulative abuse from men is a constant theme throughout the film, from Autumn’s situation, the two girls’ boss kissing their hands at work, and a young man’s (Théodore Pellerin) chance meetings with them on the bus to New York and in the city. Though he doesn’t ultimately end up being a villain of the traditional sort, his intentions are still not the best. Instead of giving us a satisfactory moment where the girls overcome the constant barrage of men in their lives, Hittman shows them giving in to their wishes, not accepting defeat but more putting up with them to get to their next step. Hittman isn’t offering a romanticized picture, just one more attuned to reality.

What truly hits is the titular scene, in which Autumn has finally reached a clinic in Manhattan and is going through the standard questioning procedure before her operation. The questions present themselves with a series of options for answers, “Never, rarely, sometimes, or always.” Each question proves more personal and harder to answer for Autumn, as the camera’s unbroken shot during the process never turns away from her. Flanigan’s acting is raw, vulnerable, real, and heartbreaking. The year is early, but this scene alone should cement her as one of 2020’s best performances.

The acting in general is phenomenal since this is mostly a character-based film. Autumn’s parents (Ryan Eggold and musician Sharon Van Etten) only appear in the first act, but their presence is felt throughout the remainder as Autumn’s situation weighs down on her. Pellerin is perfect as a threatening figure with a kind face whose intentions are questionable but not surprising. Ryder’s performance as Skylar may unfortunately be outweighed by Flanigan, but is a great turn in her own right. Her character’s support for her cousin, no matter what happens to them, is unflinching and full of love.