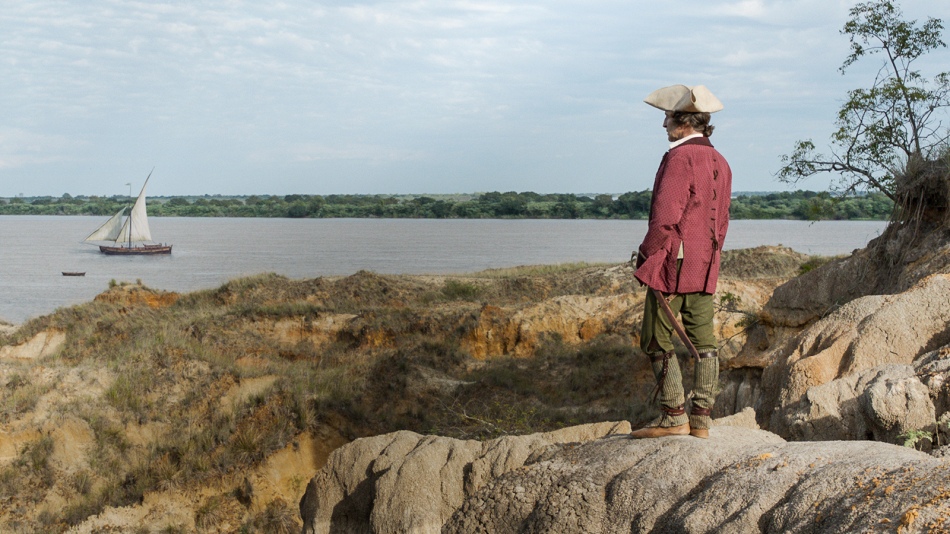 Slow, methodical, and lush, Lucrecia Martel‘s story of a middle management officer of the Spanish stationed at a remote outpost in Argentina is something to behold. Perhaps the closest to a modern day version of a Luis Buñuel film one can imagine, but something far different as well despite utilizing some of the same surrealistic touches Buñuel would. Here, Martel tells the story of Diego de Zama (Daniel Giménez Cacho). He is a loser. It is more complex than that, but he really does not amount to much. He epitomizes the racist disregard for native life that colonists had, is a voyeur on any woman passing by, desperately tries to seduce (and fails to) Luciana Piñares de Luenga (Lola Dueñas) and is stuck. Though he desperately tries to get re-assigned to Lerma, he is either passed over, ignored, or forgotten about. Instead, all he gets is a hopeless mission to capture the local boogeyman, Vicuña Porto (Matheus Nachtergaele).

A conversation between Luciana and Diego centers the film thematically, finding Luciana lashing out at man’s need to possess her and her flesh. She knows they find her attractive, but resents the control element. Martel has this play out for Diego in a sexual sense, lusting after her and even peeping in on her with another man, but the setting and time period gives the theme additional layers. This is a country, after all, that is in the midst of being conquered and possessed itself. Man’s desire to control women and their desire to control land as well as people are not separate issues, with both played out beyond Diego as women with battered physiques ask for their attackers to be avenged or as natives are shown in bondage after being accused of crimes. A messenger with nothing but a loincloth, a jacket, and wig is further evidence of the control and dehumanization that is endured by the natives as shown in Zama. Diego himself partakes in this cruel rule, promising some native servants to a local rich family who requested them, seeing no issue in treating them as though they were cattle.

The Buñuel influence is found in how Martel mocks Diego for the lack of control he has over everything in his life. Though he, too, wishes to be a conqueror and goes so far as to go after Vicuña as a fake military man, Diego is a man with no power. Those native servants he promised could never actually be delivered. Luciana will never have sex with him. Instead, he is left to talk big as though he can do something and serve as no more than a voyeur who runs away like a little boy when caught. His plight as he tries to get reassigned to Lerma plays out comically and rather akin to The Exterminating Angel or The Discreet Charm of the Bourgeoisie as Martel brings everybody but Diego to Lerma. A man he fights with is sent there to separate the two. His immediate superior reassigns himself to Lerma, despite knowing Diego wants to go there. A letter to the King asking for his reassignment is left unanswered for years. He is trapped. He is sexually frustrated. He is unable to conquer. Diego wants everything a conquistador would have and he longs to have freedom as well as autonomy, but he is just an afterthought hardly worth the time of day. 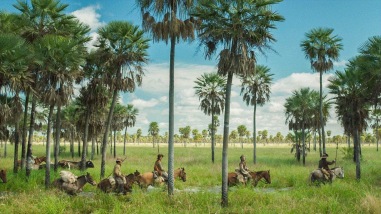 Diego is not alone in this, of course, as shown in the Vicuña mission. Throughout the film, pretty much every man Diego encounters is alleged to have killed Vicuña. Locals talk about his robbery, raping, and murders, as local legend and, as such, every man fantasizes being the one to take him down. Diego himself even talks big and claims to have killed Vicuña. Yet, Vicuña is alive and hardly the man he is alleged to be. Sure, he is a vicious and criminal man but for every 10 crimes he alleged to have committed, perhaps only a few actually ring true. Nonetheless, Diego goes after him in a search of something to conquer and a purpose. This is the most violent section of the film, but nonetheless further epitomizes Diego turmoil. It permanently removes his ability to control and goes so far as to show him being controlled, something he had watched done to slaves or non-Spaniards that has brought his journey in Argentina to its natural conclusion. This forgotten man, relegated to floating along on a river as a small child asks, “Do you want to live?”

This final act of the film is, as mentioned, the most violent section yet also the most lush. The beautiful greenery, slightly blown about by the breeze. Bodies in red paint encircling the Spaniards after Vicuña, moving through the brush as a distraction for others to sneak up on them from underneath, all shown in medium shots that allow all of the details to soak through. The camera slowly moves about with limited cuts – as it does throughout – establishing a lyrical and visual feel akin to Terrence Malick, especially in how it juxtaposes natural beauty with man’s violence. Martel’s precise approach to cuts makes those violent scenes with Vicuña all the more so, featuring hard cuts away and leaving one wincing as Vicuña’s blade comes slicing down towards someone’s flesh.

Beyond the beauty, Martel brings a unique touch to the technical side of Zama that makes it an extraordinarily unique experience. As Diego asks again to get sent to Lerma, the medium close-up on his face is slowly accompanied by a shot of a llama approaching from behind him. Nobody acknowledges the llama. It just moves into the frame, right next to Diego. It underscores the film’s themes about the obliviousness of men like Diego – thinking they can control and conquer, but being so blind as to not notice a llama near them – while being an incredibly funny touch. Martel works in visual jokes such as this into the background of shots, creating a film that is not just beautiful but one that possesses a great depth of field that adds to the overall experience. The audio, too, impresses with some scenes drowned out by white noise and buzzing. It, coupled with some of the film’s more stoic shots, adds a haunting quality to Zama that is hard to come to terms with, but is nonetheless an alluring and captivating quality added by Martel.

An impressive film steeped in Argentina’s colonial history, Lucrecia Martel’s Zama blends Buñuel’s instincts with a smart critique of man’s desire to possess, either land or women, to create a captivating picture. Slow and picturesque with shocking brutality juxtaposing the often serene imagery, Zama is a film that cuts few corners in telling its story of the hopeless Diego de Zama and his quest to be promoted. Perhaps the most impressive part of the film is not necessarily its ideas, but its execution with Martel’s unique vision and approach yielding terrifically-engaging, subtly funny, and smart results.

0 comments on “The Hopeless Conquerors and Argentina’s Zama”