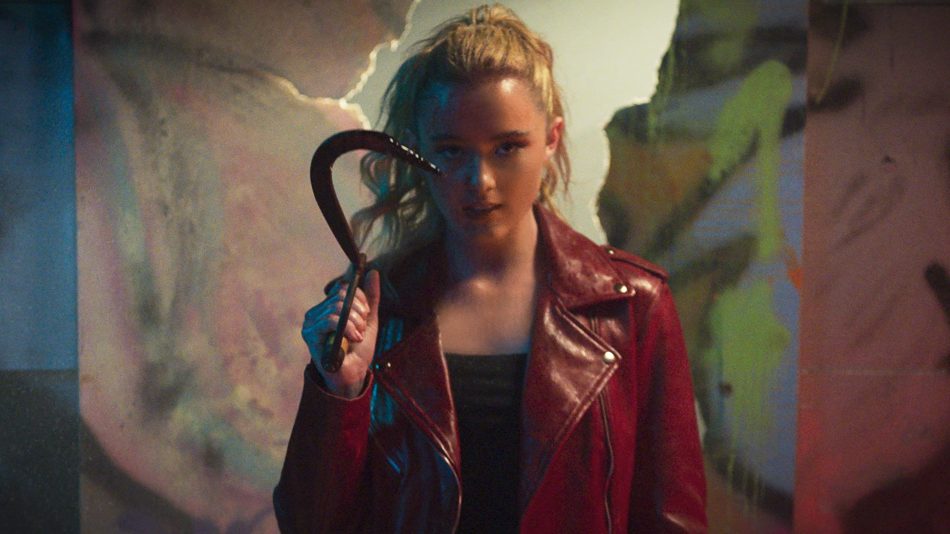 When Christopher Landon was about four years old, he snuck into his parents’ bedroom while they were watching Psycho. He hid behind a chair for the film’s entirety, only experiencing true terror when it came time for Norman Bates, with knife in tow, to walk down the stairs dressed as his mother, unleashing the film’s frightening and shocking revelation. Recounting the story to The Ringer’s Sean Fennessey on The Big Picture podcast, Landon noted that Alfred Hitchcock’s masterwork “scared the f**k out of [him],” but even more so, it captivated him. From then on, his father fed the budding fascination by allowing a young Landon and his sister to rent horror films from their video store for weekend viewings. This developing trend fed a diet for scares that was developed at a very early age; evidently, the weekly forays have paid dividends. 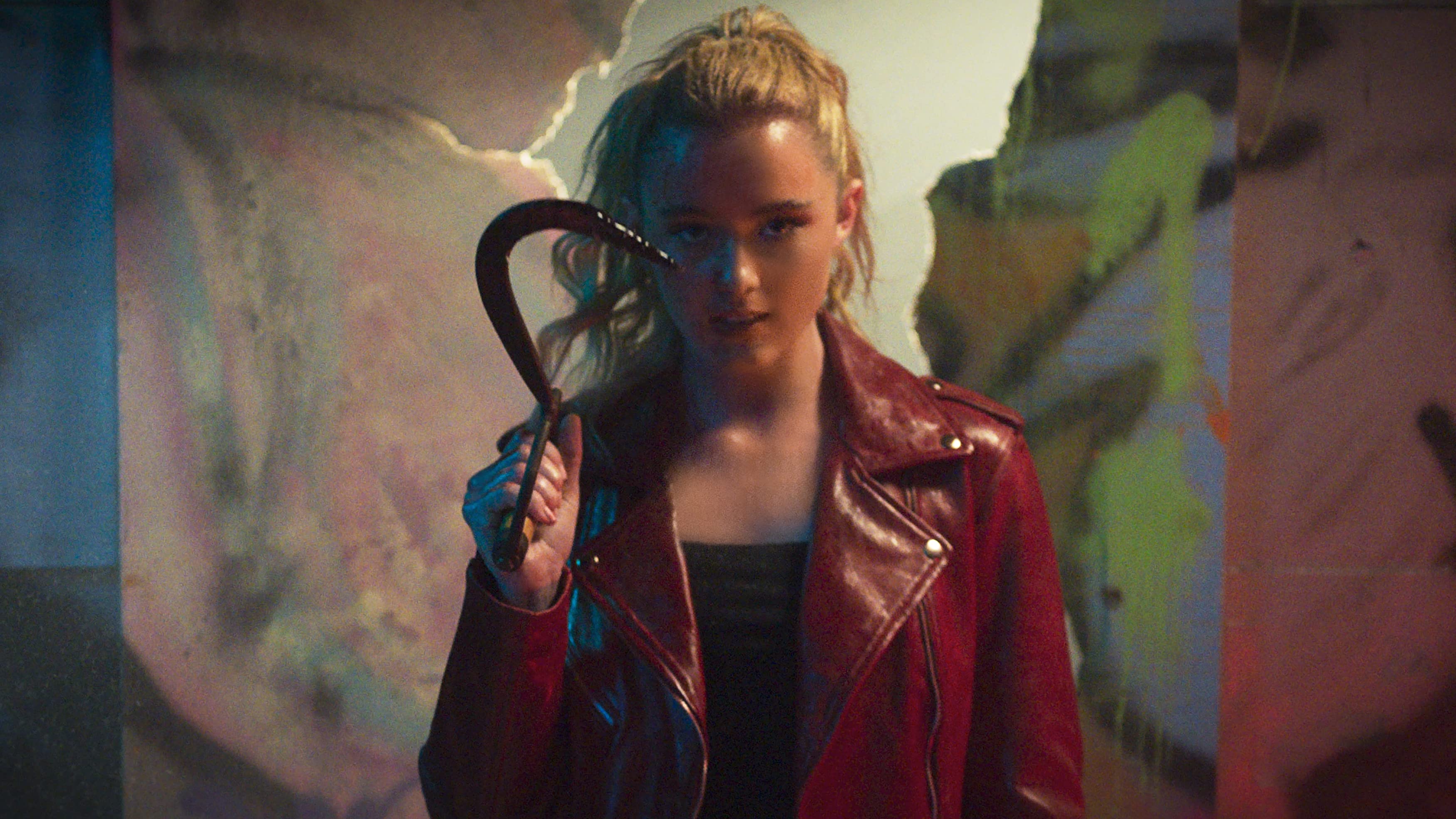 He’s the man behind four Paranormal Activity scripts, the ever-dorky Scouts Guide to the Zombie Apocalypse, and the ever-entertaining Happy Death Day films, and his newest offering, Freaky, takes a bit from each (and more). It follows Millie (Kathryn Newton), a socially awkward high schooler whose life — *gasp!* — flips upside down when the notorious, teen-preying town serial killer, the Blissfield Butcher (Vince Vaughn), chases her down after a football game and stabs her, collecting yet another victim. Unless, of course, the dagger used by the killer in this instance is of ancient Aztec lore, and instead magically causes the stabber and stab-ee’s consciences to swap when used.

All of that within the swift first 25-or-so minutes. Freaky doesn’t take long to hit the ground running in its race to prove to you why it works, though it also doesn’t have to work too hard. It can be overtly predictable at times, an element that could be met with an indictment or a shrug, depending on your relationship to the concept. But fear not, for Landon and co-writer Michael Kennedy certainly bring their own fresh vision to the project, even while borrowing from some more seasoned, genre-specific classics of yesteryear.

Much of the magic from Freaky Friday and frights similar to Friday the 13th’s are at play here as we watch Millie and her friends deal with the reality that for now (hopefully), Millie isn’t Millie. She’s still here, but she’s wandering around in a much burlier body than what she’s used to. Landon isn’t shy about exploiting the fact that Vaughn is a lumbering presence; hell, part of his brand at this point is being derided as the tall buddy in his better known comedic work. But here, he thrives masquerading as a 17-year-old girl. He gives at least an hour of adequate voice impersonation — you’ll never hear Vaughn say “like” or timidly giggle at the mercy of a teenage crush like this again — and while his physical imitation is less impressive, you can still remain convinced that it’s a girl roughly one-third of his body weight who is controlling him from the inside.

And though Newton isn’t tasked with nearly as complex a transformation, she certainly pulls off the boorishness of Vaughn’s serial killer. Her job isn’t so much to mimic the man as it is to mimic the vibe he gave off in his limited time as the actual Butcher. So she’s convincing in her glares and her raw physicality (I mean, she’s essentially playing a serial killer, for crying out loud), but she’s sort of pulling double duty here, too. Vaughn has to play Millie; Newton has to be the Butcher, but also the teenage girl whose body his conscience hibernates in at the moment. Her job, a tough one at that, is to be naive on one hand and murderous on the other. Have no fear: she’s adept enough an actor to pull off both without sacrificing either attribute.

What serves Freaky the most is its resounding self-awareness. It’s a rare film that refuses to forfeit the proper scare tactics of horror from any era, and one that also rejects the idea that achieving that would require an omission of the same pluckiness that has become a staple of Landon’s characters. By expertly delivering both the silly and the terrifying in proper, equal doses, Landon cements what many already knew, in that he’s an ascendent master at making comedy-horror genre blends that a precious few other filmmakers can successfully pull off. In other words, he’s carving out a niche. In even less words, he’s becoming an auteur.

Sure, that’s a word typically reserved for the Terrence Malick, Pedro Almodóvar types, but why limit the scope? In both Freaky and the Happy Death Day films, Landon has proven himself a savant of crafty kills juxtaposed with a cleverness that would typically detract from the severity of someone being sawed in half by a shop class buzzsaw if utilized under a less watchful eye. His skill makes Freaky wholly unique, a wink at the rest of the slasher genre that often takes itself all-too seriously. There’s a reason why you chuckle when watching films like 2019’s Child’s Play remake and even lesser-known titles like All the Boys Love Mandy Lane: it’s because they’re so bad at trying to be dour.

But Freaky, in being as self-aware as everyone involved in its making, feels like an instant horror classic from a guy with a fresher, more confident style of filmmaking than many of his contemporaries. And aside from a few underbaked (and unnecessary) secondary plot points — Millie’s family is reeling from the still-recent death of its patriarch, though his impact isn’t explored nearly enough to carry any real weight; her best friends are ancillary and treated as such, and frustratingly pedestrian in their makeup (the sassy gay guy and the smart black girl) — it’s as steady as they come. Freaky laughs at your expectations, shreds them like a proper butcher, startles you, and then rewards you with moments worthy of a hefty chuckle. More than anything, it’s a pure and authentic “flick” that, while sometimes familiar, kills in endlessly original ways.