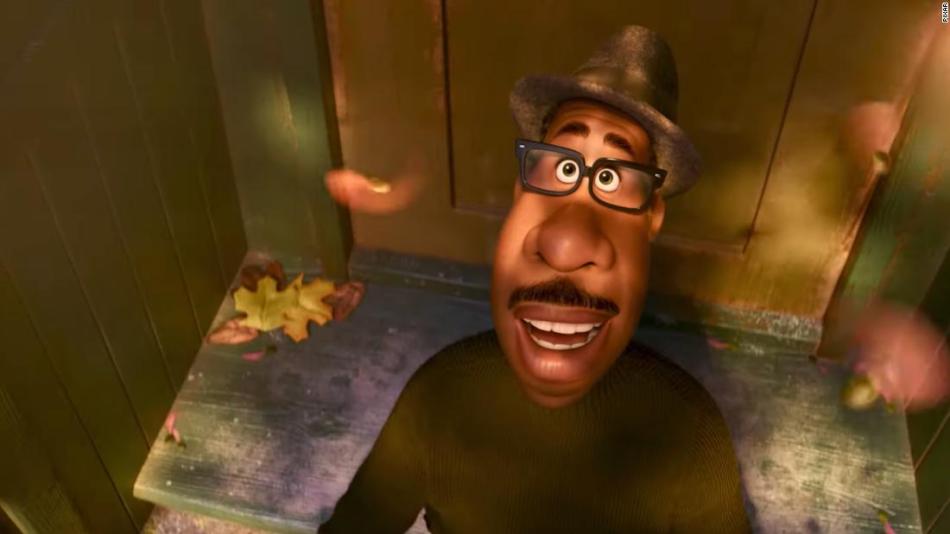 Pixar has produced revolutionary computer-generated animated films ever since the studio’s first feature film in 1995, dazzling the senses with visually breathtaking worlds that encompass captivating stories. Pixar audiences have seen the world of living toys, aquatic life, insect life, and even what happens inside our own heads. Directors Pete Docter and Kemp Powers now take us to the world beyond our living existence in their latest film Soul.

Soul follows Joe Gardner (Jamie Foxx), a middle-aged part-time music teacher aspiring to be a jazz pianist. Joe is offered a full-time position with the benefits of health insurance and a pension at the school he teaches at, but he knows accepting means he would be giving up on his dream. While Joe faces this dichotomy, one of his former students calls him up to offer him a gig playing for his jazz idol, which he emphatically accepts. Unfortunately, in his moment of jubilation, Joe falls down a manhole and is knocked unconscious. His soul then wakes up in the afterlife. Determined that his time isn’t up yet, Joe attempts to get back to Earth which eventually leads him to become acquainted with 22 (Tina Fey), a soul with a cynical view of life and unwilling to find a body. The pair form a pact to help Joe get back home, which leads them on a journey that questions their very existence.

Audiences have become accustomed to emotional and thought-provoking films from Pixar encapsulated in awe-inspiring animation, and Soul is no different. With each film, they have pushed the technical boundaries of the medium. There is an impressive use of light and shade here that is evocative of jazz bars and the New York City skyline. Even in the afterlife, the use of light and shadow carries through where audiences can only imagine how heaven looks.

The score complements the mood further. Trent Reznor and Atticus Ross‘s electronica tunes create a serene feeling in the afterlife, also contributing to the excellent pace of the film as a driving force in some scenes. Admirers of the duo’s previous work in David Fincher‘s films over the last decade will find their music here as equally embellishing as in those films. The jazz music of Jon Batiste often captures the mood of New York City, and it marvellously accentuates the vibrant lifestyle of its inhabitants.

The level of intuition at Pixar never ceases to amaze. Docter has thoroughly considered his creation of the afterlife similarly to how he manufactured the inner workings of the mind in Inside Out. The inventive ideas of how the space between life and death operates in Soul are intelligent. The novel ideas of how we get our personalities to what our souls do once we pass on are not only innovative but seem strangely plausible. Even when the audience might think the film has run out of ideas, Soul takes a very unexpected and entertaining twist.

I applaud Pixar and particularly Docter for tackling challenging themes in their films and using them to educate children and adults alike. However, in part because Soul focuses on existentialism, children might find the film’s plot too intricate. The complexity of the subject material is likely to appeal to more mature audiences.

Pixar has once again demonstrated that amongst the plethora of sequels and prequels they have produced over the last decade that their original films are the most revolutionary, especially when Docter is at the helm. Like the studio’s best work, Soul is yet another Pixar film that is simultaneously reflective and thoroughly enjoyable.