100 years since Satyajit Ray‘s birth, we look at a number of his films as part of May’s Retrospective Roundtable. To this day, Ray’s films are staples in cinephile canon, his Apu Trilogy heralded as one of the best film trilogies to ever be made while The Music Room, The Big City and Charulata remain widely seen and influential. In a filmography that consists of coming of age stories, themes of social unrest, buddy comedy, and mystery, Ray’s creative output is broad and the auteur’s work achieves the accomplishment of being equally appreciated at home in India and abroad.

That Pather Panchali, the first of The Apu Trilogy, ever became a completed film is truly a miracle. Satyajit Ray, who had never shot a foot of film before Pather Panchali, struggled to find financing, and most of the crew, including cinematographer Subrata Mitra, and many of the actors were as inexperienced as Ray. It took three years to finish Panchali, yet the film directly and indirectly received blessings from none other than John Huston and Jean Renoir. What Huston and other early viewers of the film responded to was Ray’s powerful grasp of visual storytelling. He avoids the first-time filmmaker traps of insisting too much on narrative or faithfulness to the source material. We get beautiful moments of Apu and his older sister Durga playing in the rain and simply living their lives. Yet when the film calls for dramatic urgency, Ray bring it in spades, such as a devastating close-up of Karuna Banerjee, who plays Apu’s mother Sarbajaya. The look on her face provides more emotional depth than in hundreds of feature-length dramas. Ray could be seen as the heir to the Italian neorealist tradition (indeed The Bicycle Thieves was a huge influence on Ray), but he was able to take what he had learned from the masters and create something both culturally specific in its details and universal in its emotional impact.

In The Music Room, Ray manages to tell an epic about not just a Charles Foster Kane-like man, but a whole society that was quickly vanishing by the time that this film came out. Chhabi Biswas plays Biswambhar Roy, a landlord whose way of life is already antiquated by the start of this film. He sits all day, smoking his hookah, while clinging onto the last remnants of his wealth. His vast house is mostly empty with the exception of a beautiful music room, where he used to indulge in lavish concerts meant for his equally wealthy friends. His neighbor Mahim (Gangapada Bose), whom he looks down on for his commonness despite (or because of) his great wealth earned from hard work, slowly adjusts to changing times while Biswambhar remains stagnant, which proves mildly irritating until Mahim informs him that he himself will be giving concerts at his home as well. This is a declaration of war to Biswambhar, who uses every last cent of his to snipe a singer away from Mahim, which is the start of his real decline into obscurity.

The Music Room was supposed to be Ray’s commercial picture, with the inclusion of songs and dances that were popular in Bengali and Indian cinema then and even today. Yet even a cursory look at this film shows that this is very much Ray’s vision. He maximizes the limited space that he is working with to great effect. Biswambhar’s house has a great, expansive view yet Ray shoots it like it is a Nietzschean void that will yield nothing no matter how long you stare into it. There are also some great touches that show the decrepitude of the house and his lifestyle, such as the bug wriggling in his drink, symbolizing the fate of his wife and son, or the spider that crawls up the leg of a painting of him. Every frame could be analyzed and would yield much depth in both the storytelling and filmmaking aspects, and this was still relatively early in his career. 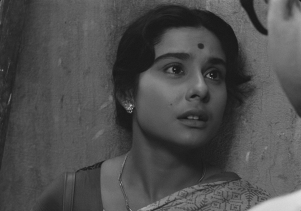 Beneath the shadow of Satyajit Ray’s monumental Apu Trilogy and critically-hailed The Music Room stands The Big City, one of the revered Indian filmmaker’s more reserved efforts. The film is comparatively minor in scope and scale when pitted against, say, Pather Panchali or Aparajito, and — at an initial glance — appears less ambitious in its aims. Some critics even assign its status to that of a minor Ray or perhaps the “least good” of his recognizable works. To Ray enthusiasts, that statement may be inane, though to a Western audience where appreciation of his filmography barely extends past the hits, this perception is understandable. The Big City tells a simple story about common people: it is the tale of a conservative middle-class family in Calcutta (now known as Kolkata), the capital of India’s West Bengal state, and the trials and tribulations, as a result of financial worries, that threaten their cohesion.

A man named Subrata (Anil Chatterjee) hesitantly allows his wife Arati (Madhabi Mukherjee) to take up a job due to economic necessity. This job, originally conceived as a light venue for extra income, would prove fruitful as Arati excels and quickly rises through the ranks, later supplanting Subrata’s role as the breadwinner of the family — all at the expense of Subrata’s ego and social standing as he buckles under social stigmas towards women in the workplace. That’s the film: it is a simple and succinct story, fit with ready themes of feminist empowerment and self-identity. The film itself consists primarily of dialogue in interior environments, and lacks the strong presence of beautiful naturalist cinematography usually abundant in his films. And yet, The Big City engages with many of Ray’s central themes (e.g. individuals maneuvering the changing landscape of a society) arguably to their most universal degree. The Big City is analogous to a film like King Vidor’s The Crowd (it is, in many ways, a spiritual successor); in its simplicity, it becomes universal — these are stories about the common people that slowly unravel into a small piece of a much larger puzzle.

Released only a year after The Big City, its follow-up Charulata serves as an interesting foil to its predecessor, not necessarily in terms of any contrast between their primary themes and sentiments, but rather in regards to their focal characters — both of whom are played by the same actress, Madhabi Mukherjee. In The Big City, Ray tells the story of Arati, a woman whose purpose in life was little more than to serve as a housewife, which all changed when economic pressure prompted her to take on an independent job, a risk that would reveal truths about herself that she otherwise would never have known. Conversely, Charulata presents a protagonist who is effectively the inverse of Arati (her name is, well, Charulata). Here, we have a similar story about a housewife, though Charulata is well aware of her truths: her passions, desires, and dreams are fully-realized — only out of reach!

Charulata is a film about longing, the internalization of suppressed desires, and how its consequences may manifest in undesirable acts and expressions. Charulata is a deeply romantic and poetic soul married to a politically-active, workaholic newspaper editor named Bhupati (Shailen Mukherjee). Bhupati is a well-meaning husband who clearly cares for his wife but his laborious lifestyle leaves him unavailable to her needs; Charulata spends her days lonely, disillusioned, and incomplete night after night, spending her days pacing around their enormous house. In an attempt to mend his wife’s distress, Bhupati arranges for his cousin, Amal (Soumitra Chatterjee), to stay with them and to keep his wife company. Expectedly, given Charulata’s restlessness, this relationship manifests itself into more than a mere friendship — ostensibly a love affair, but more so as a desperate attempt for any profound human connection. If The Big City was a story about unconsciously repressed passion, then Charulata is one of repression as a repercussion of circumstance. Both are films about a woman taking their first steps towards developing a distinct voice and strengthened sense of identity — in the process, unintentionally destabilizing their marriage — only in vastly separate ways. In Charulata, this process is arguably more subtle, and it is best to not view the film purely as an extension of The Big City as it stands well enough on its own. After all, many critics consider Charulata to be Ray’s finest masterwork. 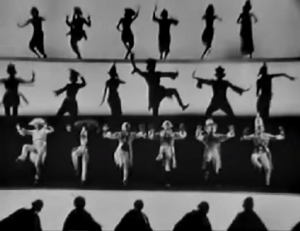 In a departure from much of his filmography, Satyajit Ray directed the fantasy musical Goopy Gyne Bagha Byne. The film is based on a story by Ray’s grandfather, and is in part inspired by the wishes of Ray’s son, Sandip Ray, who requested that Ray direct a film that was less “grim and adult”. And Ray did just that.

Goopy (Tapen Chatterjee) is gifted a tanpura, and hopes to become a singer. Yet he has no sense of rhythm or melody. When the village elders pull a prank on Goopy and tell him to perform for the king, he falls for the prank, performs, and is swiftly banished from the village. In the forest, he meets a drummer, Bagha (Rabi Ghosh), who was also expelled from his nearby village. Their music attracts a group of ghosts, and their leader grants the pair three wishes with the constraint that they cannot use the wishes individually. With music and glamor in mind, they wish for their music to captivate audiences, to be able to travel anywhere, and to have whatever food and clothing they desire.

Goopy Gyne Bagha Byne recalls adventure films with lovable heroes and lavish sets from the silent and black-and-white era. The film is fun to watch and joyful as Goopy and Bagha’s rags-to-riches story unfolds, inspiring a sequel directed by Ray and a third film directed by Ray’s son, all starring Chatterjee and Ghosh. 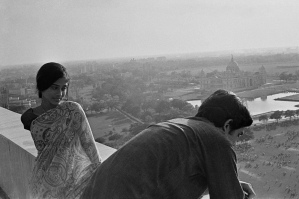 Satyajit Ray’s second trilogy, The Calcutta Trilogy, begins with Pratidwandi, a bleak look at youth amidst social movements and overall hopelessness in finding a job and one’s place in the world. Released just two years following May 68 and with a camera flourish reminiscent of Godard, Pratidwandi’s intentions are clear.

At the start of the film, Siddhartha (Dhritiman Chatterjee) attends a job interview where he is asked a series of inane questions, eventually answering one not to his interviewee’s liking. From then begins Siddhartha’s largely unsuccessful attempt at finding a job. Seemingly every person he comes across has an opinion on ‘how to be successful’ and ‘what is wrong with today’s youth’, and Siddhartha can’t help but become disillusioned and filled with doubts. Despite his brother being a political activist, Siddharta doesn’t feel particularly compelled to become involved in politics despite firsthand experience of capitalist exploitation. Siddhartha’s journey to find a job eventually comes to a close; however, there’s still apprehension and in some ways a feeling of failure is felt when the job isn’t entirely what he had in mind. Ray highlights both the challenging act of starting a career while providing a backdrop of Calcutta that he explores further in his trilogy.

0 comments on “The Films of Satyajit Ray”