Growing pains and gothic horror collide in Pascual Sisto’s directorial debut John and the Hole. Living with his two parents, Anna (Jennifer Ehle) and Brad (Michael C. Hall), and older sister Laurie (Taissa Farmiga), 13 year old John (Charlie Shotwell) is desperate for experiences beyond the bounds of his naive and slightly infantilised role in the family. Where this starts with the usual sneaking of pills from the medicine cabinet and trying to one-up his friends with how many times he can say “fuck you”, it ends deeply sinister and potentially deadly as he imprisons his family in the remains of a disused bunker in the woods. 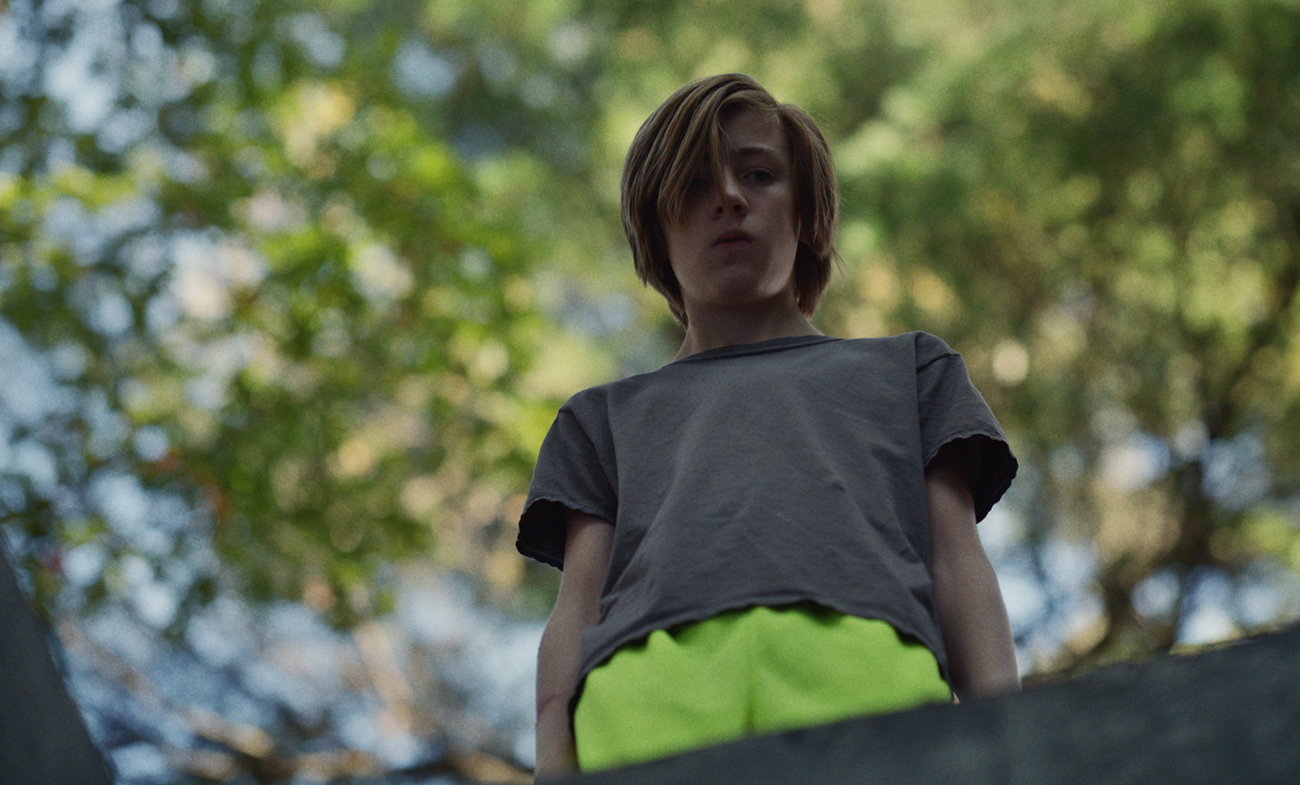 Part of the allure of the psychological thriller meets coming-of-age is the morbid fascination with how exactly a 13 year old boy goes from playing FIFA to playing God by locking his family in a hole in the ground. Unfortunately, if it’s answers you’re looking for, John and the Hole either does not have them or refuses to give them. Though sometimes the reticence to easily give explanations can work well – a focus more on the what more than the how or the why – John and the Hole doesn’t execute that laconism quite as well. Indeed, Sisto’s film is like a matador frantically waving a red flag – look! A boy locked his family in a hole! Who could do such a thing?! – and to do so, to continually raise how horrific and awful such an act is and yet treat it with such nominal difference is at best a case of lazy writing or at worst a script completely out of its depth.

That being said, Sisto’s artistic vision is formally quite bold. The mise-en-scene, which favours long shots, low lighting and a camera more occupied with space than with characters, is strikingly reminiscent of the domestic scenes of Yorgos Lanthimos’ The Killing of A Sacred Deer or Dogtooth. However, unfortunately Sisto’s debut is all style and little substance. Nicolás Giacobone’s script is emotionally shallow and fascinatingly lifeless; for such a shocking plot, the dialogue is mind-numbingly bland – to the point that not even the combined efforts of Ehle, Hall or Farmiga can breathe any semblance of life to their words. It’s a pity that while Charlie Shotwell is undoubtedly an intriguing leading man, the talent of Ehle, Hall and Farmiga are so brutally underused that their absence is felt throughout the entire film. Despite the fact that John and the Hole literally brims with promise, it tries so hard to be everything – thriller, drama, horror, coming-of-age – that it ends up being nothing at all.

0 comments on “John and the Hole ⭑⭑”