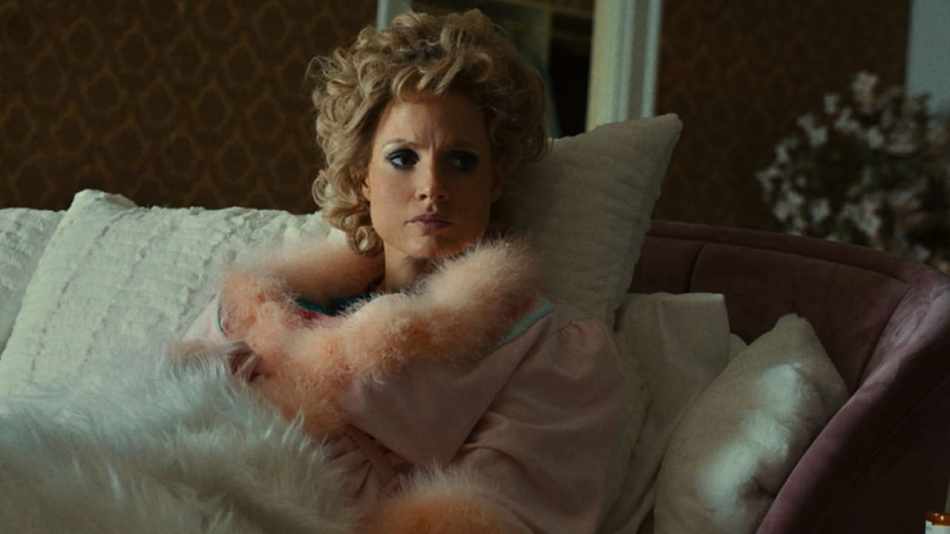 Alex Sitaras: With the fall movie season upon us, September is when we usually start to see the films that will be talked about in the months to come leading up to the Academy Awards. With the COVID-19 pandemic still ongoing, there’s still some “slowness” insofar as how many new films are being released; however, we have this month a number of solid films to look forward to, the first up being Michael Showalter‘s The Eyes of Tammy Faye. Showalter has only directed romantic comedies thus far, so the biographical drama The Eyes of Tammy Faye is a step in a new direction for him. The film stars Jessica Chastain as the televangelist Tammy Faye Bakker and Andrew Garfield as her husband Jim Bakkar. Watching the trailer of the film gives us more than enough reason to be impressed with Chastain disappearing into her role, and the makeup department will also likely be a subject of praise once the film is released. Political and religious corruption has definitely been the subject of a number of films in years’ past; however, The Eyes of Tammy Faye should still stand out due to its performances. I like the casting of Garfield in his role since he has more than proven he can pull off any zany role with ease. What do you make of this film Ben? 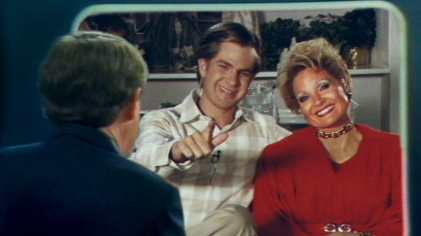 Ben McDonald: I’m not particularly familiar with who Tammy Faye was, however watching the trailer I think I get a sense that this aims to at least in part explore the unique way that evangelical Christianity has symbiotically fused with politics and capitalist ideology in America, something that definitely piques my interest. What also struck me in the trailer was the look of the actors, especially Jessica Chastain, who appears to disappear under a ton of make-up and prosthetics. It doesn’t seem at all a stretch to assume this film is aiming to get her nominated for another Academy Award, and perhaps even win. I agree on Garfield, it’s always nice to see him on screen, especially in roles he’s allowed to let loose in. This looks to be a more serious role than his last two films, Mainstream and Under the Silver Lake, so I’m curious to see how he fares. 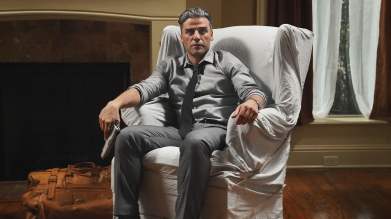 Next up this month is The Card Counter, Paul Schrader‘s first movie since First Reformed, his critically acclaimed 2017 loose remake of Ingmar Bergman‘s Winter Light. The Card Counter stars Oscar Isaac as an ex-military interrogator who has become a card-counting gambler, and also features Tiffany Haddish, Tye Sheridan, and the ever-prolific Willem Dafoe. Schrader’s directorial efforts are mostly a blindspot to me – I’ve only seen First Reformed and Mishima: A Life in Four Chapters – but inferring from those two films as well as his iconic screenwriting collaborations with Martin Scorsese (Taxi Driver, Bringing Out the Dead, The Last Temptation of Christ) it is not unlikely that his latest film will wield some kind of thematic blend of crime drama and religious/spiritual angst. One thing that’s interesting about this film to me personally is that it was filmed at the beginning of the pandemic (the production actually paused in March when an actor with a small role tested positive). I will be curious to see if and how any COVID precautions on set translate into the film’s look or feel, given that this is a story that probably takes place in crowded casinos and hotels. What are your thoughts on Schrader and this film in particular, Alex?

Alex: I’m not sure how much an impact COVID had on the shooting of the film given that it was close to a wrap at the start of the pandemic, but if the film was shot chronologically to any extent, there might be less crowd scenes or scenes shot with actors in close proximity to each other towards the end of the film. Will be something to look out for, and see if COVID possibly informed any scenes.

For Schrader, like yourself, I’m not the most familiar with his directorial works; however, if you cast Dafoe in your film or your story revolves around weighty themes such as redemption and catharsis, I’ll always be the first in line to see. The Card Counter revolves around William Tell (Oscar Isaac) who seeks to dissuade Cirk (Tye Sheridan) from exacting revenge on a shared enemy in their past. Tell and Cirk team up with financier La Linda (Tiffany Haddish) to attempt and win the World Series of Poker in Vegas. Haddish, much like Amanda Seyfried in First Reformed, is cast against type in Schrader’s film and I’m looking forward to seeing what she can do in her role. 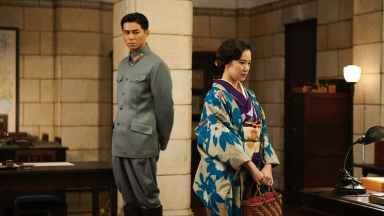 I’d like to bring up Wife of a Spy as the next film we’re looking forward to seeing later this month. The film is directed by Kiyoshi Kurosawa and is co-written by Ryusuke Hamaguchi (Drive My Car, Asako I & II). Kurosawa typically directs within the horror and thriller genres, so Wife of a Spy sees him working within his wheelhouse. The film takes place in 1940, and concerns the Japanese occupancy of Manchuria (Manchukuo) during World War II. After a murder occurs there, a Japanese businessman is distraught by the actions of the Japanese government and his wife is brought into the fold through his misactions.

Ben: Kiyoshi Kurosawa’s 2001 film Pulse is one of my absolute favorites since I first saw it last year, and I’ve been meaning to check out more of his work (thus far I’ve only seen Cure and Creepy, both of which I enjoyed). All of the films I’ve seen from him tend to have subtle societal commentaries woven into their genre elements about Japan and the state of the world at large, and from what I’ve heard about his later drama work, that seems to be the case as well. I will be very interested to see what he does with a period piece, especially one that covers such a dark and violent period of Japanese history. Do you have any experience with Kurosawa’s work, Alex?

Alex: I do not; however, Pulse is available for streaming for free on Tubi, so that will be the start of filling a gap. From what I’ve read, all of Kurosawa’s films appear to be very unique, so I’ve got a lot to look forward to when I look into his work more. 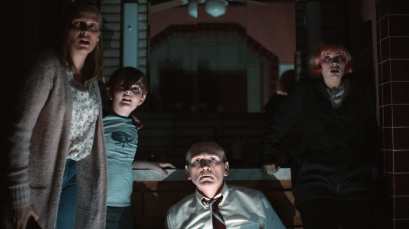 Ben: The last new release we’d like to talk about this month is a horror film called We Need To Do Something. Directed by Sean King O’Grady, the movie follows a family trapped in their home after seeking shelter from a dangerous storm, with a sinister (possibly supernatural) threat just outside the walls. We Need To Do Something appears to be a single-location film, a common trope in horror most famously used in films such as Night of the Living Dead and The Shining. What most intrigues me, however, is the fact that this is a film that was also shot during the pandemic (unlike The Card Counter, this film was shot entirely during the pandemic, in secret apparently). While the movie is based on a novella of the same name, the director has acknowledged the parallels between the story of the film and that of our own experiences since last year. According to the film’s Wikipedia page, the director argues that the novella creates “a hellish allegory that still manages to capture the collective trauma we’re all experiencing […], without directly addressing the nightmare we are currently living through”.

Alex: Regarding that quote, I imagine it’ll be difficult for filmmakers in coming years to ‘capture’ what the COVID-19 pandemic felt like given that it is not exactly a visual phenomena. To see that O’Grady attempts this in his fiction filmmaking debut should be interesting. From watching the trailer, I’m reminded the most of 2019’s The Lodge starring Riley Keough. What that film did so well was immerse you into the titular lodge such that the outside world and realism fades away, and you find it difficult to know what to believe and what not to believe based on what is shown to you within the film. I’m hoping We Need to Do Something can pull off a similar mind-bending effect since relatively few films take advantage of single settings to cast doubt on what is real and what isn’t, inside and outside of their singular setting. We Need to Do Something also looks to satisfy horror audiences in its dark corners, screams, and descent(s) into insanity. 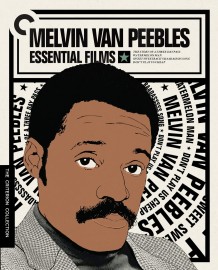 Last up, I want to mention the Melvin Van Peebles boxset that The Criterion Collection is releasing near the end of the month on September 28th. The boxset sees four Van Peebles films added to the Collection: The Story of a Three-Day Pass, Watermelon Man, Sweet Sweetback’s Baadasssss Song, and Don’t Play Us Cheap. These are some of Van Peebles best known films, making the boxset a desirable one to cinephiles in addition to fans of Van Peebles work. The boxset is loaded with special features including numerous interviews, and introductions to each film from Van Peebles himself. As to the films themselves, you’d be hard-pressed to find greater variety in so few films than what is presented here. Baadasssss is the blaxploitation cult classic itself while Watermelon Man exists within the Classic Hollywood comedy formula, Don’t Play Us Cheap is a musical, and The Story of a Three-Day Pass borrows from European art cinema.

Ben: After a months long lull in having a desire to watch much of anything, I’ve been getting into more and more exploitation and genre films as of late, but I have yet to check out any blaxploitation as of writing this. As Van Peebles was one of the most prominent blaxploitation filmmakers, I’m very much looking forward to checking these films out in their new restorations and with all the fantastic bonus content Criterion is well-known for providing with their Blu-ray presentations. From what you’ve described, his work appears to be very diverse in terms of style, tone, and content, so I will be especially curious to see how his iconic blaxploitation film differs from the other features in the boxset.

0 comments on “Most Anticipated of September 2021”