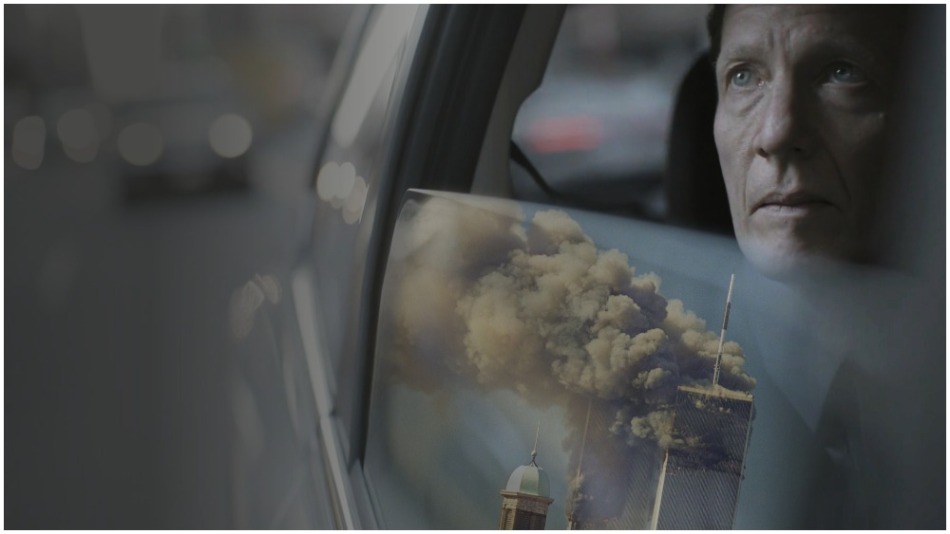 People of a certain age will remember the events that unfolded on the 11th of September 2001. Many can likely recall when they heard of or even saw the terrorist attacks on the World Trade Center in New York and the Pentagon. On each anniversary, when the media displays images of the horrific acts, I recall memories of my sixteen-year-old self watching the news in disbelief, even twenty years on. Sadly, many feel a greater mix of emotions than I do because they were closer to the events, and despite the thousands of people killed that day, many survivors still live with a recollection that has shaped their life ever since. Arthur Cary‘s documentary, Surviving 9/11, focuses on thirteen people that have a direct connection to 9/11, either by being present at the scene or having lost loved ones as a result of the attacks. 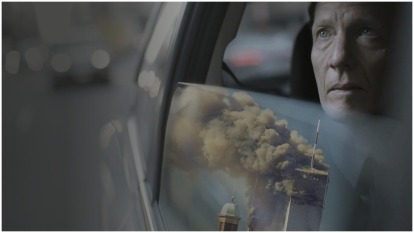 The film opens with a woman jogging along a grey Ayrshire beach in Scotland as her voiceover describes how the events of 9/11 continue to shape her feelings and anxieties. It becomes apparent that this woman is an artist as she explains that the painting she is working on is a recreation of the view from her office on the 91st floor of the North Tower that no longer exists. The artist is Vanessa Lawrence, one of the thirteen survivors. She recounts her actions before the first aircraft hit the North Tower with Rich Eichen, who worked on the 90th floor, and Lauren Manning, who was on one of the floors where the first plane directly crashed. Each of them gives explicit retellings of the moment American Airlines Flight 11 collided with the North Tower. They describe individually the sights and sounds that suddenly engulfed their workspaces. Surviving 9/11 then follows with the stories of one of the first responding firefighters, the widow of one that tragically died, and one of the pilots on the flights, one family that lost a son and brother, people at the Pentagon, and news reporters at the scene. The film is well structured in that none of the stories become more prominent than another, making each of the stories incredibly compelling. There is also a narrative that follows the timeline of events, which allows the introduction of each survivor’s story to be timely.

There have been many documentaries that recount people’s actions on September 11th. Surviving 9/11 excels by giving significant respect to each survivor’s retelling and exploring how the events of that day have affected them. One that particularly stands out is Bill Spade‘s, one of the first responding firefighters, and how he witnessed people jumping from the building and how those images still haunt him and bring him to tears. Even Vanessa Lawrence expresses how she had to leave New York and return to her native Britain despite her love for the city because the sounds still haunt her.

Surviving 9/11 is a fitting tribute to the victims and survivors of 9/11. It is reverential of these people’s stories while also candid about the horrors of the day. The film’s presentation makes it feel like a fresh perspective is being told on an event that billions of people are deeply familiar with, and because of that, Surviving 9/11 is powerful and worthwhile.