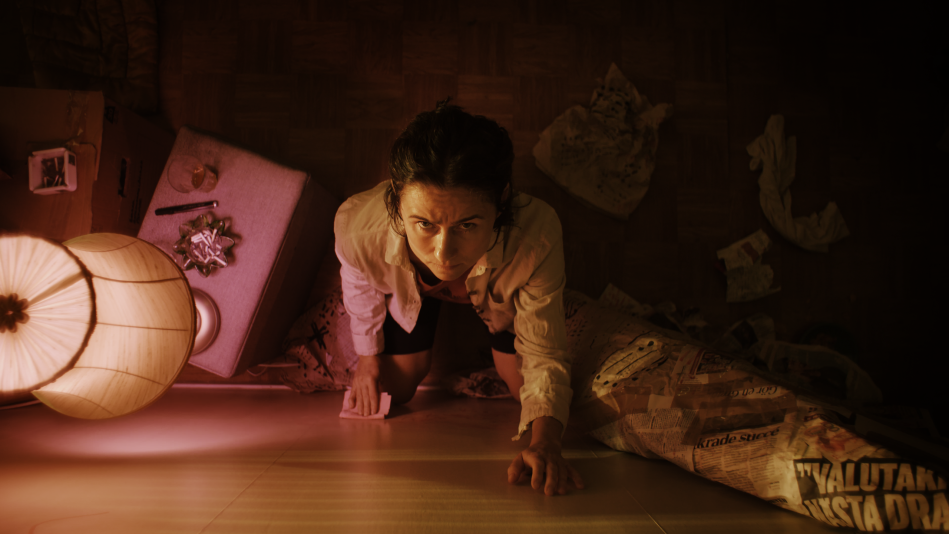 Sweden has a history of making notable films within the horror genre, including silent era classics like The Phantom Carriage and Haxan and more recently the internationally successful Let The Right One In. One of the latest Swedish horror films comes from director Frida Kempff, making her directorial debut with the psychological thriller Knocking, based on Johan Theorin‘s novel.

The film follows Molly (Cecilia Milocco), who attempts to rebuild her life after being discharged from a psychiatric hospital. She moves into a small apartment with hardly any intention of doing anything other than arranging her furniture and trying to keep cool in the sweltering heat of summer. While lying on her bed one night, Molly begins to hear knocking that seems to be coming from the apartment above. She questions the resident, who denies any action of creating noise. However, the following night the sounds continue. Molly begins to think the knocking could be a message or a call for help as she becomes more concerned about its origins.

The design elements of Knocking are appealing, especially the cinematography and lighting, and along with the score, they all help to generate interest in the plot. Sadly, the efforts from the design crew do not support an engaging narrative. There are alluring orange and amber hues that frequently occur throughout Knocking that act as a warning. However, despite this good use of foreshadowing, nothing materialises from the knocking or any unsettling feelings created.

There seems to be an exploration of mental health with a conventional presentation of the narrative possibly being part of Molly’s imagination and a suggestion of gaslighting from her neighbours, but nothing is clearly defined. Even the visions that Molly has about a female lover go unexplained. The audience never learns if they are memories or dreams, or whether they bear any relevance to the plot. Milocco does her best to create sympathy for her character, presenting Molly as unassured and uneasy. However, it is hard to empathise with her because of the incoherent plot.

Knocking could have been an engaging film, but neither writer Emma Broström nor director Kempff seem to take the film in any particular direction. While Kempff demonstrates that she is capable of creating a film that is prepossessing, ultimately, Knocking ends up being a disappointment.