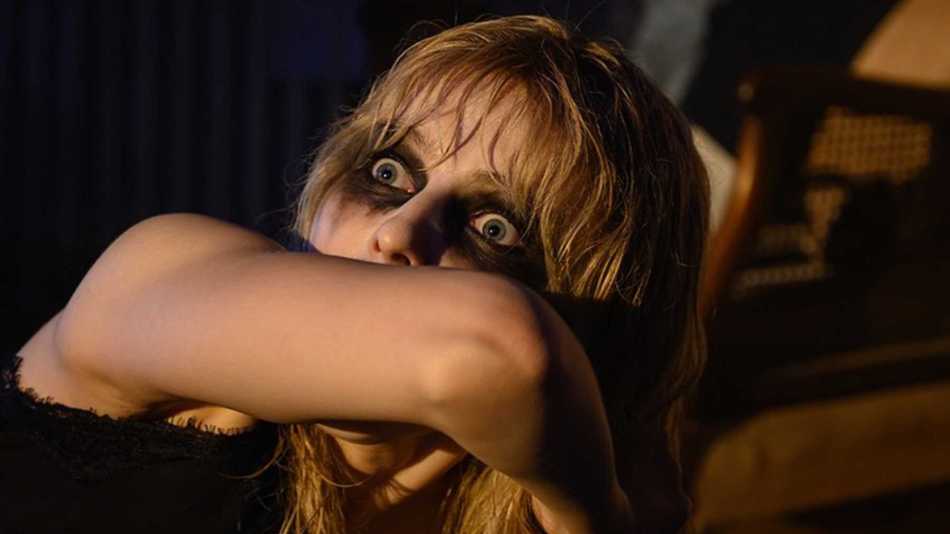 A foray into Edgar Wright’s native London and a nostalgic time travel to a bygone era, Wright’s Last Night in Soho traverses the present and the swinging 60s. Whilst very much resembling a passion project and ode to his native London, Wright’s inventive but sadly misshapen horror cuts the cloth a little too unevenly. The film, introduced to audiences at London Film Festival as a film of two halves, accompanied by a request to keep spoilers to a minimum, sets out to lightly prod and poke at contemporary youth culture. In juxtaposing the 60s-obsessed twee Eloise (Thomasin McKenzie) amidst a predominantly narcissistic student culture, Wright attempts to justify a convoluted jaunt into another persona and another time.

Celebrating the music and fashion of the 1960s as she self indulgently dances in her out-of-city bedroom, Eloise is a sensitive and tender soul. Promptly, she receives confirmation of university acceptance; a place at London College of Fashion awaits, and with it brings excitement and reluctance from sole grandparent Peggy (Rita Tushingham). Despite the reassurance of a lingering, unexplained sensitivity and subjectivity to seeing her dead mother is well behind her, Eloise finds the mire of London student parties, unpleasant flatmates, and a constant, unwelcome male gaze overwhelming. Gratefully, Eloise leaves student halls for a quaint single bedsit, immediately alleviating many social pressures she initially faced. Almost as if awaiting her arrival, on her first night in the new room, firmly entrenched in London, a body-hopping, time-jumping journey begins.

In a seamless reflective experience and dreamlike entanglement, Eloise mirrors young, ambitious, and confident wannabe singer Sandie (Anya Taylor-Joy). Now lost in the intoxicating 1960s realm of Sandie, a pyjama-clad Eloise apparently exists here only to the young singer’s perception. While it is unclear exactly how this psycho-symbiotic relationship functions, there are visual and narrative references to Bergman‘s Persona and Lynch‘s Mulholland Drive, a growing folie a deux. Back in time, we are introduced to the ladies’ man Jack (Matt Smith), who is somewhat predictably an embodiment of empty promises to strong-willed Sandie. As the 1960s dreamscape begins to slip into a darkly violent and degrading landscape of overbearing suitors for Sandie, Eloise struggles in both present and past. This shift in balance tips much of the film on its head, ushering in a convoluted, messy second act that, despite interesting visual references, fails to fabricate anything beyond cheap thrills.

Even at its most garish and lavish, Last Night in Soho struggles to have even occasional fun; with Wright’s typical wit replaced with cheap one-liners, there is little storytelling through dialogue throughout. Despite the many flaws on a narrative level, Soho offers a sleek visual experience. The overlaying montages and surreal reality blurs are reminiscent of Bergman or Lynch and homages to the great Romy Schneider in Henri-Georges Clouzot‘s Inferno. The second act is a tapestry of giallo-lite visions that don’t always work in the context of the location and period. The final act again draws upon further established arthouse horror references, such as Roman Polanski‘s Repulsion, a fitting yet unsubtle reference. The multitude of references Wright presents in Soho, from arthouse to Giallo, may be lost on some audiences and visual homages do not guarantee substance. The scares, however, are few and far and without his usually dark sense of humour, the film again displays a lack of cohesion and balance. Last Night in Soho ultimately dilutes the mix of arthouse and horror; the result is an unfortunately convoluted genre amalgamation.

In continuing her current run of consistently strong performances, Taylor-Joy outmanoeuvres McKenzie at every turn the pair share the screen. Diana Rigg‘s Miss Collins and Terrence Stamp‘s sleazy bravado-soaked character are welcome performances that outlive the one-liners and wet blankets provided by the other supporting players. The former, Rigg, breathes life into scenes she features in – a spiky old landlady unwilling to entertain any games from the renting Eloise or any other. Like Rigg, Stamp brings his experienced authority to a role that is more than meets the eye. Though perhaps unintentional, Wright’s addition of an alcohol-soaked, unsettling chauvinism feels relevant in the wake of current events in London, the only time Soho attempts to shallowly comment on the present day. Whilst providing audiences with cheap thrills and titillating imagery, Soho is ultimately, a messy and undercooked affair, a surface wound that does not go deeper.