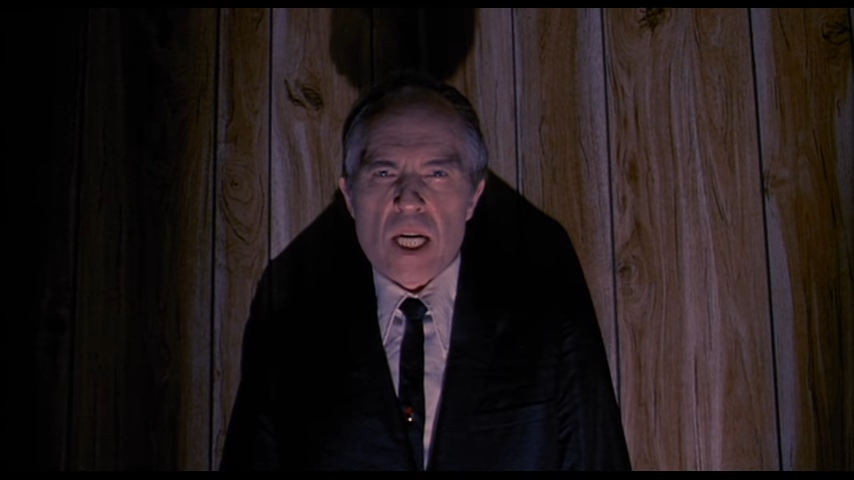 Few forms of media complement each other better, in my opinion, than metal music and horror films. In a shadowy, prog-rock fever dream, Phantasm tells a fablesque story of a boy coming to terms with his elder brother’s departure as he hopes to begin life beyond their hometown. Director Don Coscarelli conveys this quaint story with all the sleaze and gratuitous gore that horror fans might expect to see in a film of this era. Yet, his film also contains a certain experiential quality, providing a level of mental satisfaction which cannot be easily described. Replete with far-fetched ideas and memorable visuals, Phantasm minimizes dialogue in favor of forming a palpable atmosphere. The result simultaneously seems distinctly ‘70s in aesthetic, timeless in feeling, and wholly otherworldly in concept.

Following their good friend’s funeral, and having become orphans two years prior to the start of the plot, Mike (A. Michael Baldwin) and his elder brother Jody (Bill Thornbury) must contend with great sadness in their lives. Being an adult, Jody intends to leave their small town to make his future elsewhere, a fact which causes Mike great anxiety. Despite its incredibly heavy stylization, Coscarelli’s film never loses touch with these themes. While at their friend’s funeral, Mike spies the strange gray-haired keeper of the mausoleum, known as the Tall Man (Angus Scrimm), who possesses superhuman abilities and an unsettling aura. After a series of escapades, Mike and Jody must wage war against the Tall Man and his cloaked, dwarf minions, in order to protect their town.

From irate dwarves housed in barrels, a floating metal ball that punctures and expels chracter’s brains and blood, a sentient severed finger with yellow blood, a box that causes mysterious pain only in one’s mind, and the off-putting Tall Man himself, Phantasm has many films worth of ideas compressed into a 90 minute runtime. The success of Phantasm’s wealth of creativity comes in its presentation as a lucid dream, where characters’ worst fears manifest in the exact moments when they fear them most. The Tall Man embodies terror, where his comically emphatic line delivery, stilted swaggering walk, and icy stares cut through to the viewer with every scene he appears in. The thematic focus on Mike’s coming of age allows for hyperbole in the camera’s perception of the Tall Man’s villainy, conveying Mike’s subjectivity. The overstylzation of these horror elements seen through the eyes of an early teenager elevates the film’s aesthetics far above the disparate jumble of ideas which it might seem on paper.

Beneath all of its surreal setpieces, Phantasm is deeply melancholic, in a way best conveyed through its music. In many ways, the film’s style evokes classic fable narratives, in its simplistic tone and emphasis on a child’s perspective. Similar to the Grimm stories, for example, the film brings a dark edge to the wild unpredictable encounters characters have with the fantastical beasts of its world. Since the film uses a dreamlike style in its depiction of absurd scenarios, viewers must quickly accept the wide assortment of stylistic elements. The film often omits justification for the inclusion of most elements, and the plot continually barrages viewers with oddity after oddity. While my description of this absurdity might suggest an uncanny and disturbing film, I find Phantasm to be wonderfully intimate in its tight narrative scope, and endlessly entertaining in its creativity. For what the film lacks in certain expository conventions and narrative continuity, it more than makes up for with character motivations. The surprising mix of comedy, horror, sex, and child psychology suggests the film’s keen awareness of its pubescant protagonists’ dilemma. Mike navigates sadness, the supernatural, and his own development, as he comes of age and earns the respect of others to outwit the Tall Man.

The theme song of the film replays many times throughout as a leitmotif which perfectly encapsulates the uneasy sadness of the plot, thus fleshing out Mike’s anxieties about his brother, Jody, leaving. In my opinion, the musical theme rivals the likes of John Carpenter’s Halloween in how iconic and well suited it is to its film. In Phantasm, the recurring melody serves as the voice of emotion throughout the film, reminding viewers of the struggle playing out internally for Mike. Since the film lacks inner character monologues, the score fills the double role of developing a suspenseful atmosphere and voicing the characters’ interior apprehensions.

Phantasm creates exemplary horror not because it aims to maximize scariness or  senseless absurdity, but rather on account of its rooted character subjectivity – the lens through which all its bemusing scenarios unfold. With such mastery of aesthetics, the film constructs a world where anything goes. Even the closing scene, which might seem to undermine or disown the rest of the plot, acts as a fulfilling and climactic send-off to the rest of the film in practice. In capturing the sensations and visuals of a nightmare (the premise of the film was inspired by a dream had by Coscarelli), especially its moodiness and disjointed narrative logic, Phantasm inspires in me the powerful feelings that are typically only experienced while dreaming. Phantasm also proves that an affecting rock ‘n roll soundtrack can elevate any material, no matter how discordant it may seem.

0 comments on “Phantasm – Coming of Age in a Waking Nightmare”