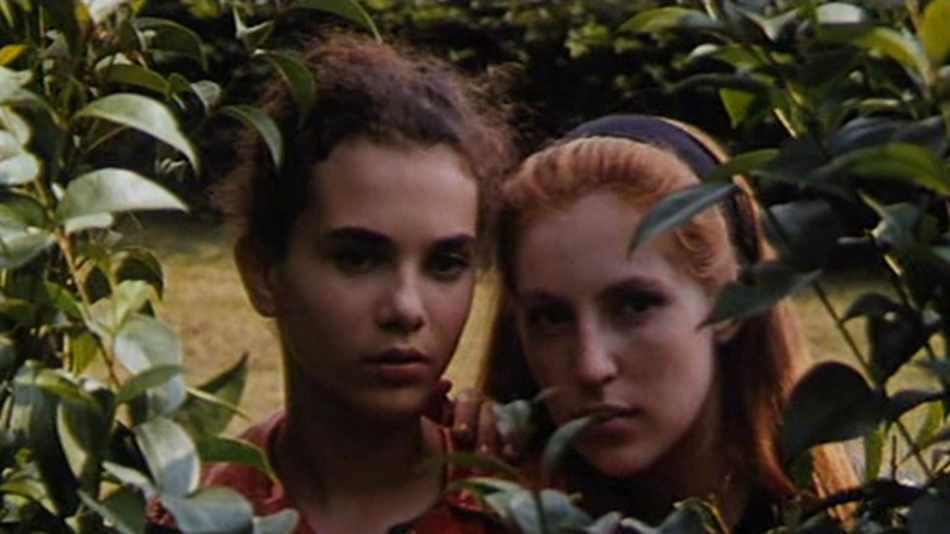 Coming of age films have long held a special place in my heart. Growing up, it’s easy to forget that the experience of embarking on the path to adulthood is rarely one that is straightforward or clear; rather, adolescence is something messy, often embarrassing, and always marked by intense feelings both good and bad. It’s the universality of the experience, combined with that passion of feeling, that makes the subject so uniquely apt for translation to the audiovisual medium of cinema. Whether expressed as comedy (Superbad, Chungking Express, Dazed and Confused, Lady Bird, Licorice Pizza), drama (The 400 Blows, Boyhood, Saturday Night Fever, Girlhood, Kids), or even horror (Carrie), the subgenre is one I found particular affinity to while living through my years as a teenager and early twenties precisely because it expresses and gives voice to all the confusing disorientation of adolescence. 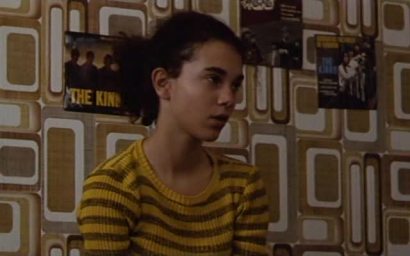 It’s no surprise then that Claire Denis, one of the best living filmmakers at capturing and communicating the complicated interiority of the human experience, made my favorite coming of age film of all time. U.S. Go Home was released as an episode of Tous les garcons et les filles de leur age…, an anthology series made in the nineties by several French filmmakers about various coming of age stories set in different decades. While the film never went on to become a proper feature like a few of the other episodes (including perhaps most notably Olivier Assayas’ La page blanche, which later served as the basis for his film Cold Water), Denis’ entry in the series is nevertheless one of the most stunningly accurate and heartfelt stabs at the genre I’ve ever seen.

Set near Paris some time in the 1960s, the film follows Martine (Alice Houri), a young girl somewhere between thirteen and sixteen who decides she wants to lose her virginity at an upcoming party. Over the sounds of 60s American rock ‘n’ roll, she plans the event in her bedroom in giggly, hushed conversations with her best friend Marlene (Jessica Tharaud), who is implied to have had some sexual experience and seems slightly annoyed with her. It’s clear even from the beginning of the film that Martine is more excited by the prospect of doing something forbidden and adult than genuinely interested in boys, and it also doesn’t seem like this is the first time the two have had this conversation. Martine convinces her exhausted mother to let her older brother (played by Gregoire Colin, a Denis regular who would also play brother to Houri in Denis’ next film Nenette et Boni) take her to a party hosted by some classmates their age, with the intention of sneaking off with Marlene to the real teenagers’ party later on.

Over half the film is essentially a single set-piece, which begins when the two girls arrive at their desired location at the older teenagers’ party. From the moment they step foot in the mansion where the party is transpiring to the moment the film ends at dawn, the camera serves as a sympathetic but unwavering witness to Martine’s gradual deflation of naive, aroused excitement into embarrassed disappointment. Gliding across the dance floor to the sounds of The Animals, Otis Redding, and The Troggs, we follow the immediate, ground-level logistics of Martine’s earnest but ultimately defeated attempt to find an agreeable partner. In true Denis fashion, it’s a nearly wordless affair, fashioned in the poetic motion of bodies and music rather than conversations. Eventually, Martine manages to garner the attention of two separate men, but one of them grows too aggressive and the other loses interest after she goes off with the former. All in all, the night is clearly not at all what she expected, and she leaves frustrated and insecure. From here, the film enters a humorous and ultimately touching after hours segment with Vincent Gallo playing an American soldier stationed nearby, who drives Martine around while she waits for dawn.

While there are undoubtedly coming of age movies that better capture the male-specific aspects of teenage uncertainty better (say, Superbad or Boyhood), I have yet to see any film convey and empathize with feelings of adolescent awkwardness as close to my own personal experience as well as U.S. Go Home does. There is something indescribable about the way the immediacy of Denis’ sensual camera, the timid hesitancy of Houri’s body language, and the dreamy excitement of the 1960s pop soundtrack all come together to communicate Martine’s headspace. Every time I watch the film I am floored, from the film’s unassuming start to its quietly cathartic finish. At only an hour long, there is probably no other movie I can more easily recommend every person check out than this one. U.S. Go Home is not only one of Claire Denis’ best films but also one of the greatest films about the bumbling difficulty of growing up ever made.

0 comments on “U.S. Go Home – Adolescent Angst and the Greatest Coming of Age Film Ever Made”