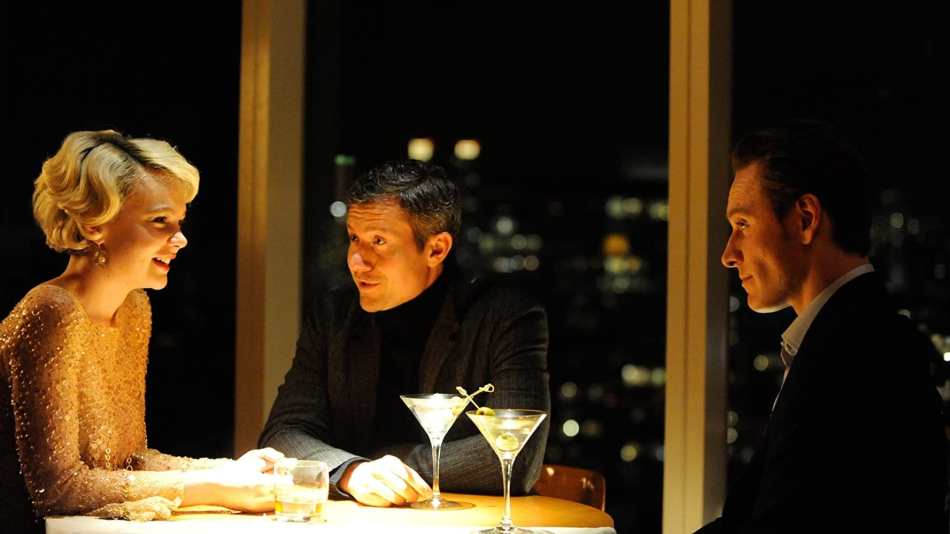 We’re starting the new year with bit of drama. Our critics have chosen a number of thoughtful and challenging films that they’ve been watching and wish to share with our readers. And what is the point of cinema if it can’t challenge us from time to time? Enjoy!

Within the first scenes of Frank Perry‘s Diary of a Mad Housewife, we see Jonathan Balser (Richard Benjamin) berate and critique Tina Balser’s (Carrie Snodgress) every action. She wakes up and is tired? He makes a comment. She undresses to get ready for the day? He comments on how she is too skinny and criticizes her hair style. She is somehow not up to snuff in every regard, while he interlaces his criticisms with demands for the day. By the time they make it to the breakfast table, he is ordering her around with new demands for each stage of his meal or requests for how she will keep up the home while he is at work. There is no respite for Tina. Even as she tries to steal a sip of coffee during her breakfast prep, he interjects with yet another request or criticism about the food prepared for him. One cannot help but feel seething rage for Jonathan Balser, a feeling that never subsides.

Diary of a Mad Housewife is a comedy-drama co-written by Frank and Eleanor Perry that provides an incisive and brilliant look at the peril faced by a typical American housewife. Eleanor Perry undoubtedly provides plenty of lived-in context and feelings to the film, while DP Gerald Hirschfield never loses sight of Tina. Close-ups on her eyes or an early split diopter with her in the foreground while Jonathan looms large in the background, berating her as she stares forlornly in the distance. There is no subtlety to be found in Diary of a Mad Housewife, drawing the audience into Tina’s mind and feeling and letting the inescapable horror of the situation fill the air. Carrie Snodgress’ performance is immense and a true tour de force. She fights back at times, but by and large, the suffering is kept in little physical movements or expressions. Hirschfield’s point-of-view shots and close-ups may help draw the audience into her feelings, but it is Snodgress who gives them considerable humanity and depth. This is a film that urges one to walk in her shoes and see life through her eyes where is marginalized by society, looked down upon in all quarters, and left to just quietly work herself to death while serving at the pleasure of the man she was unfortunate enough to marry. Even a lover, George (Frank Langella), is no respite, as he too is a selfish and cruel man who treats her like disposable garbage. He at least makes her feel like a woman from time to time, but the ruinous misogyny eventually becomes too much to endure. Diary of a Mad Housewife is a moving and tragic film, one with comedy that can be hard to find but with drama and terror that is readily apparent, forcing the audience to walk in the shoes of a woman who is so often overlooked by society. – Kevin Jones 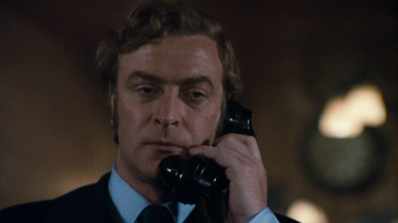 Despite his wildly varied career, recently deceased director Mike Hodges was most famously associated with the gangster genre with films like Croupier, I’ll Sleep When I’m Dead, and, perhaps most famously, his first feature Get Carter. Based on Ted Lewis‘ novel Jack Returns Home, Get Carter features Michael Caine as Jack Carter, a gangster returning to his working-class hometown of Newcastle to bury his brother, who has supposedly died in a drunk driving accident. As Carter investigates the suspicious circumstances of the death, he disturbs the ecosystem of the criminal underworld founded, unsurprisingly, on violence and exploitation. Get Carter is unremittingly grim and admirably unromantic about gangster life. Even to modern eyes, Newcastle cannot be beautified by any sort of nostalgia with its palette of greys, blues, and blacks. Michael Caine was one of the few prominent British actors who did not come from a posh background and would draw on his own working-class background to inform his character. His resulting Carter would feel like a tiger attacking those who encroach on his territory. In fact, the movie feels almost like a nature documentary, keeping Carter at a distance by not using obvious techniques to manipulate the viewer’s emotions such as voiceover or dramatic closeups. Get Carter wasn’t very successful on its first release, partly due to a lackluster American release that attempted to recut the film for American filmgoers who might not understand the Cockney accents of the actors. It was only reappraised to high esteem because of filmmakers like Quentin Tarantino and Guy Ritchie praising the film, who saw a striking, new take on a tired genre even in the butchered versions they probably saw. – Eugene Kang

David Cronenberg‘s penchant for body horror takes on a new form in M. Butterfly. Rather than twisting and mangling it visually – well, aside from the end – M. Butterfly portrays the way one’s body can be manipulated and the twisting one does to the body of somebody they love. Rene Gallimard (Jeremy Irons), a French diplomat in China, is enamored with a Chinese singer, Mademoiselle Song (John Lone), he meets at a party. Set in the mid-1960s amidst the cultural revolution in China mixed in with Western imperialism via the ramping up of American activity in nearby Vietnam, the film is a deliciously Cronenbergian way of viewing every issue it tackles. In many ways, it is the slowed down and picturesque summation of Cronenberg’s work.

Rene views Mademoiselle Song as less a woman than an image. In romance, one may think they love the real person, but as with all human interaction, perception holds more weight than reality. The imagination holds greater value than the physical, loving her essence and exotic nature more than any true part of her. Blinded by fantasy and deluded by his own subconscious power and Westernized vision of Asian women, Rene is ripe for manipulation and distortion. His mind is like putty in the hands of Song, twisting into knots via eroticism and sexual manipulation. In that sense, M. Butterfly has a considerable amount in common with Cronenberg’s films like Videodrome, The Fly, or eXistenZ. The body is not only being manipulated by a lover’s mind into looking and being like whatever they dream of, but the body is also a weapon, used for darker political means and espionage. With gorgeous cinematography and Cronenberg’s typical themes executed at a high-level, M. Butterfly stands firmly amongst his very best films. – Kevin Jones

Hunger and 12 Years a Slave’s director Steve McQueen‘s grim picturization of legitimately worrying issues takes a less historical turn and more of a conceptual one with Shame: Brandon (Michael Fassbender), a sex addict who has arranged everything in his daily life according to his addiction, is challenged when his sister Sissy (Carey Mulligan) comes to stay with him.

As it can be said for his other films, McQueen builds the themes in his film slowly and deliberately, always leaving the audience to look for a breaking point – and if and when that point comes, it is most definitely not expected, but still very realistic. Counting in the fact that both Michael Fassbender and Carey Mulligan do a great job portraying their characters, Shame is very much worth giving a chance. – Alper Kavak

A remake of Gustav Möller‘s 2018 film with the same title, The Guilty immediately piqued my interest as its screenplay for the remake was written by Nic Pizzolatto, the creator of True Detective. Directed by Antoine Fuqua, the film focuses on the call operator Joe Baylor’s (Jake Gyllenhaal) efforts at a call dispatch desk, as his demotion as a police officer requires him to be.

With a runtime of 90 Minutes, the remake does not stray far from the original film, lengthwise at the very least. The whole scenery revolves around the call dispatch desk, as we follow Joe navigate the stressful job in addition to his own demons. All in all, The Guilty is definitely a unique film, and Nic Pizzolatto’s involvement is very clear from the dialogue, hence it is a very solid recommendation. In addition to that, even though the film’s scenery does not branch out, it is still quite admirable that the film was shot only in eleven days during the height of the pandemic. – Alper Kavak

It seems almost cliche that only extreme personalities would be interested in the field study of volcanos. Married couple Katia and Maurice Krafft certainly fit that bill. It is perhaps the most predictable thing to learn that they were subjects of another documentary by the most famous director interested in outsized personalities, Werner Herzog. Their willingness to go to the most dangerous volcanic sites made them minor celebrities in the 1970s, namely for the many well-made films they would make about the volcanos they visited. Yet Fire of Love is hardly some dry retelling of their exploits, despite its extensive use of almost exclusively archival footage. Director Sarah Dosa chooses to focus on their relationship, not just in their obvious symbiosis (the two worked in complementary fields) but the way that they would clash and even question their profession, their raison d’etre. Narrated with a vaguely wry aplomb by Miranda July, Fire of Love places the human element squarely in the center, with a much gentler and less cynical of an eye than Herzog could ever muster, and while you may be screaming at one or the other (probably Maurice) for some of the irrational and dangerous decisions they make, you also understand why they do what they do. – Eugene Kang