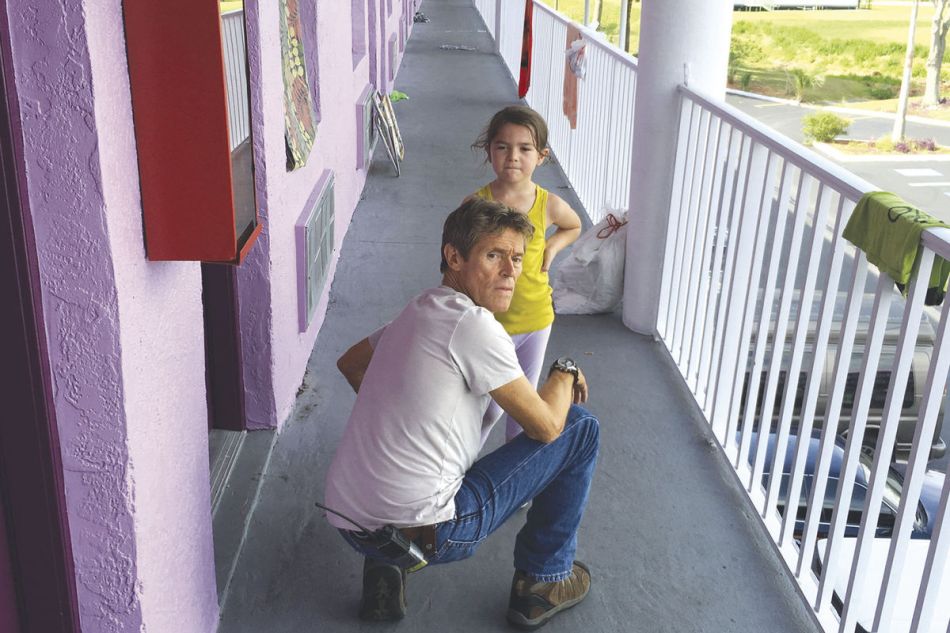 In The Florida Project, director Sean Baker puts the wonders of childhood on full display. The film tracks six year old Moonee (Brooklynn Prince) as she plays with friends and goes through daily life with her young, single mother living in a budget motel on the outskirts of Orlando. Like Baker’s other work, the cast is composed mostly of first time actors, particularly the young children, with the exception of a few recognizable faces such as motel manager Bobby played by Willem Dafoe. 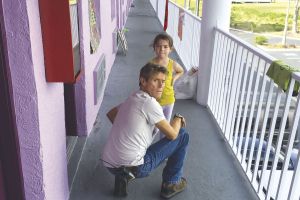 Baker’s choice of setting is nothing short of perfect. The dazzling and cartoonish buildings that sit just outside of DisneyWorld create a theme park-like atmosphere. As Moonee and her friends explore this colorful and enchanting setting, the audience is forced to engage in the wonder that a young child would see in this world. And yet, the viewer is also burdened with the understanding of the situation the children are in. Moonee’s mother Halley (Bria Vinaite) is struggling to keep up with her bills and is involved in a variety of less than savory activities. At one point Bobby kicks a suspected pedophile off the property as he is lingering around the playing children. Any adult watching this film does so while grappling with the dual nature of this world and the ignorance of the children for whom tragedy seems to lurk around every magical corner.

Two performances have been rightly lauded since the release of The Florida Project. Dafoe’s Bobby is a refreshing departure from his normal character type. He is a caring and genuinely empathetic person, seemingly stuck in his own set of less than ideal circumstances. When he is somewhat stern, it is clearly out of compassion. However, the true revelation in the film is young Brooklynn Prince. Her adorable yet snarky attitude and her ability to outsmart the adults in her life is reminiscent of young Tatum O’Neal’s Academy Award winning performance in Paper Moon. Perhaps Prince is on her way to her own early-life Oscar gold. One scene near the end of the film is sure to bring out emotion in any viewer with a heart.

The narrative structure of The Florida Project is slightly unusual. It often feels more like a series of vignettes following the experiences of the characters. In this sense it is something of a character study. Baker is less interested in creating an overarching story and more in building an understanding of his characters’ lives and attitudes. He cycles through regular daily events in lieu of a strict plot structure.

The Florida Project is proof that an arthouse film, even one with a sombering message, doesn’t have to have a negative tone. Though the circumstances of the film’s characters are upsetting throughout, I seldom stopped smiling while viewing it. It’s unusual for a movie to run the spectrum of emotions found in this and still feel like easy viewing. Sean Baker is a rising star and The Florida Project has pushed him to what is sure to be a lasting and exciting mainstream prominence.