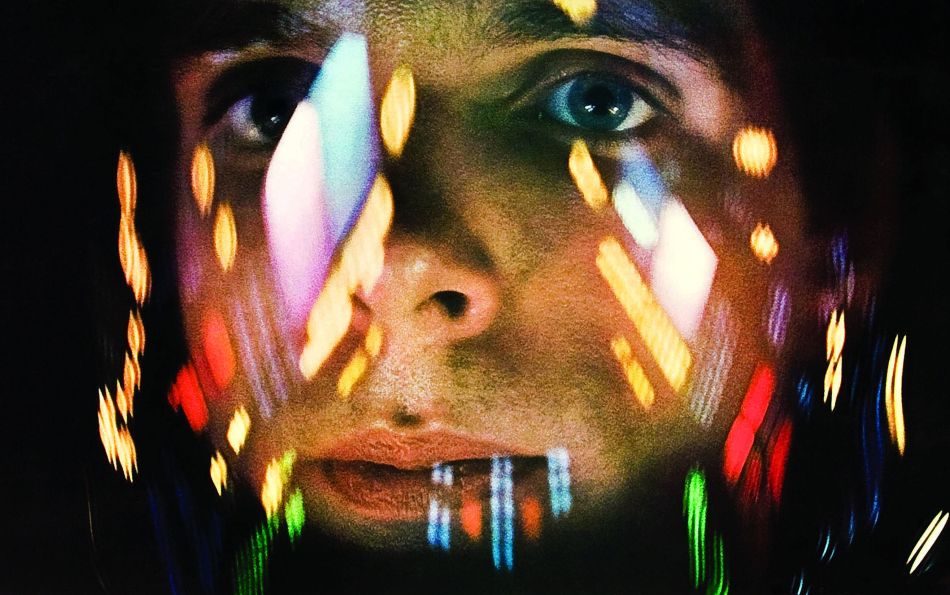 As I sank into my seat and the lights dimmed, the crimson curtains at the very front of the AFI Silver Theater began to close. Most of the audience looked around in confusion, sure that a mistake had been made. “Isn’t the movie starting?”, they wondered. A few laughed. Music began playing, a piece called ‘Atomosphères‘ by composer György Ligeti, as we all stared ahead at the obscured silver screen.

Finally, the curtains parted and the iconic opening of 2001: A Space Odyssey commenced, ‘Also sprach Zarathustra‘ soaring over the audience in a triumphant roar. I had a smile wide across my face for those first two minutes, and genuine chills when the title appeared. This is experiencing a film, I thought to myself for the next three hours.

It’s understandable why the audience was confused about the overture. Instead of a tedious stream of never-ending previews, distracting from the feature film, we were greeted with quiet musical atmosphere to set up the mood of the film. This simple moment the movie takes, to ground its audience in the mindset of actively experiencing a work of art, not only makes all the difference in the world but highlights the glaring contrast between 20th and 21st century cinema. Seeing a movie in the 20th century was a live event, not a passive activity.

2001: A Space Odyssey is such an iconic piece of American cinema that there’s an immediate danger for one to forget the tremendous power it wields over an audience. In its first two minutes, there is more cinematic spectacle than anything in the twenty Marvel slogs. From the primitive conflict in ‘Dawn of Man’ to the psychedelic light festival in ‘Jupiter and Beyond the Infinite’, 2001 keeps you on the utmost edge of your seat throughout its entire runtime. I myself have never been so fully immersed in a theater setting before, a fact I realized twice that night- the first at intermission, the second after the movie had ended. I found myself totally lost in the film’s world.

2001 demands as much from its viewer. Conceiving the film, Kubrick desired to illustrate his narrative through visuals versus conventional cinematic storytelling, and it clearly shows. There’s some dialogue, yes, but only when the narrative sparingly demands it. Everywhere else, Kubrick manages to convey all the information and emotion he requires through cinematography, editing, and sound design alone. Despite all this unparalleled sophistication, or perhaps even because of it, Space Odyssey resonates on a primal level first, cerebral second: we understand the emotional logic of what is transpiring on screen before we consciously register it.

Take the scene where the ape realizes that he can use an animal bone to smash things. As sandy debris shatters all around the ape, Kubrick intercuts images of wild beasts collapsing to their deaths against the motif of ‘Also sprach Zarathustra’. Without a single spoken word, the scene is loaded with imagery and emotion. It places the initial moment of mankind’s beginning at the discovery of efficient violence, ironically celebrating it with a triumphant fanfare. Later, when the ape beats another to death, the film jumps ahead millions of years with one of the most iconic and remarkable cuts in all of cinema. With that single cut closing out the Dawn of Man chapter, Kubrick is communicating that all we need to understand about humanity’s origin is that we learned to kill each other. A terrifyingly bleak, but not altogether false, statement.

Kubrick edits dramatically across time to a similar effect throughout the film. It’s almost impossible then, while watching 2001, to not consider the work of Kubrick’s oft-thought contemporary, Soviet auteur Andrei Tarkovsky. Tarkovsky, perhaps more than any other director, was obsessed with time- stretching time, slowing time, but most of all drawing his audience’s attention to the simple act of time passing. The significance with which Tarkovsky placed on time in his films is in direct opposition to the stark indifference Kubrick places on it in 2001 through his editing choices. Kubrick cuts across millions of years the same way he cuts across 18 months the same way he cuts across a person’s entire life.

The frightening insignificance Kubrick appoints time is not the only source of existential terror in 2001 though. Because of its moments of elegant grace and wonder, the film is oft forgotten for its equally eerie and even disturbing moments, carried mostly by the dissonant vocal motifs accompanying the black monolith. The aural disquiet brought about by Ligeti’s music shapes the entire feeling of foreboding dread brought about by the monolith. In direct conflict to the triumph of ‘Also sprach Zarathustra’, Ligeti’s music signals to us that there is something unnatural, even terrible, about our evolution. Kubrick evokes the vaguest possible type of existential dread, one that overwhelms as much as it confuses. 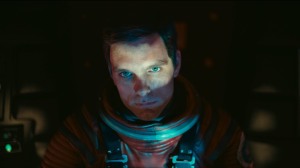 The idea of a non-categorizable film like 2001, one capable of evoking such a wide spectrum of emotion, is such an alien concept in 2018. Very separate from a blockbuster, which is commercially oriented towards a universal audience, 2001 is the type of film aimed at the same audience, but for artistic purposes. Kubrick’s magnum opus is a film for the human race, a celebration of our achievements as a species while also recognizing our infinitesimal place in the universe.

Many movies do not expressly require a theatrical viewing to be seen properly, but 2001 is not one of those films. I’ve always been somewhat of a critic against the notion that one hasn’t “seen” a film until they’ve viewed it a certain way, but I have to break my rule and insist that I had not seen 2001: A Space Odyssey until I experienced it projected in 70mm. Christopher Nolan‘s religiously restored new print looks, sounds, and feels predictably phenomenal, and is without a doubt the definitive way to view 2001 today. Advocates for digital cinema will protest, but there is something indisputably different, even special, about real photochemical film projected at 24 frames-per-second. More than any objective quantification of the difference, I couldn’t escape the feeling that I was for the first time peering into the “soul” of Kubrick’s film by seeing it projected in 70mm. It felt more vulnerable, exposed. That’s the magic of real film.

2001: A Space Odyssey isn’t my favorite film, nor do I agree with its most outspoken admirers that it’s the greatest film ever made. But if you ever have an opportunity to see it projected in its true form, take it. You will find yourself as I did, swept completely off your feet into the primal heat of the African desert, the cold outer reaches of space, and finally the mind-bending color of the beyond, totally powerless under Kubrick’s firm control for nearly three straight hours. I normally dislike the sensationalist description of a film as an “experience”, but it’s perhaps the best word to express seeing such a profound work of art displayed in its intended manner. 2001: A Space Odyssey is more than an experience though. It’s cinema, boldly challenging the boundaries of its artistic medium to their fullest possible potential.