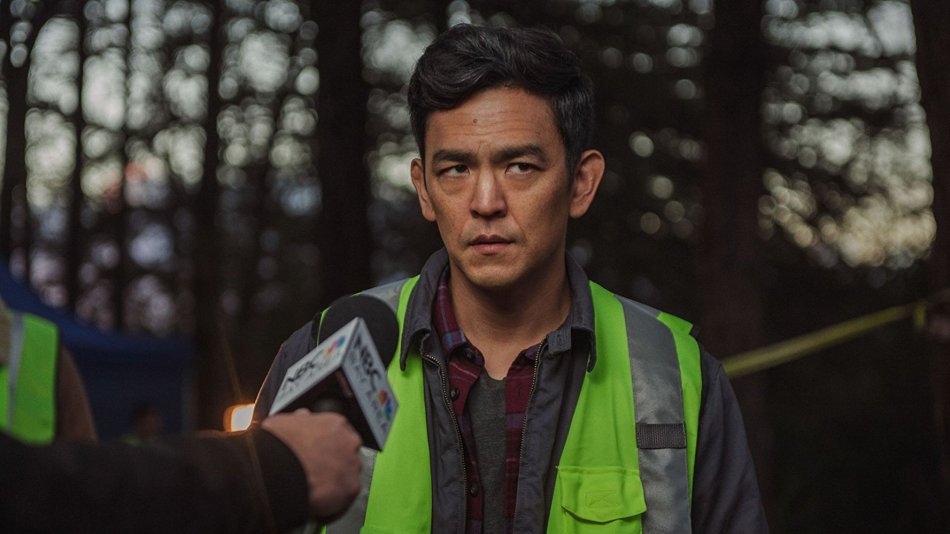 Searching brims at every turn as a labor of love from writer/director Aneesh Chaganty and writer Sev Ohanian. Its innovative and unique approach to storytelling will certainly be its calling card. The film’s attention to detail in every single frame captures how its characters interact with the world around them, creates and develops those characters themselves, and builds upon its central mystery, serving to highlight the dedication and thought put into the film. Searching is not just a film with a unique storytelling trick. This is a truly powerful journey into the mind of a father whose daughter is missing. Its story may be far more conventional in structure than one may expect, but it nonetheless still packs a punch and has the capacity to surprise and shock viewers. Starring John Cho as the father, David Kim, searching for his missing daughter Margot (Michelle La), the film’s universal themes on parenthood and loss will more than tug the heartstrings of any audience member. The end result is a film that may have drawn audiences in with a unique way of telling a story, but will ultimately win them over with its truly human story. 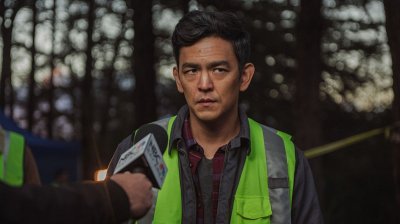 The film’s method of solely using screens to tell its story yields great results for Searching right from the beginning. The film’s ability to communicate so much with a montage of Margot growing up with her family (as seen from the family’s old computer) while then transitioning into the modern day and her eventual disappearance, is impressive. The film dedicates no lines of dialogue to exposition, just filling the screen with details and pulling on the heartstrings as it builds a lifetime of memories solely from these images. In some ways, it feels like the first ten minutes or so of Searching are like the iconic scene from Mad Men in which Don Draper (Jon Hamm) pitches the idea of a Kodak “carousel” of images, flipping through snapshots of him and his family before things had fallen apart between them. Searching tells a similar story in those opening minutes, tapping into considerable pathos and building out the lives of these characters in an achingly relatable fashion. The film continues to, obviously, use these screens to tell its story and the film’s ability to flesh out the life of David or Margot in the peripheral of the screen or in the sites they have visited before highlights the film’s attention to detail. It proves to be a valuable tool, showing the audience who they are without ever having to waste time telling the audience.

The film uses a similar approach in constructing its mystery, leaving clues in the background that David both picks up on or overlooks. There are even a few hints that come together in the end to somewhat spell out what will happen. Rewatching the film will prove especially rewarding to those with keen eyes when it comes to the film playfully hinting at, foreshadowing, and building up to its final reveal. Not a single detail, file, email, photo, or address book name is superfluous, as every detail  provides some kind of information about the characters or the mystery.

At the center of this film is John Cho. The make-up team certainly deserves a shoutout for the work done to capture his exhaustion as time drags on with no sign of Margot found, but Cho’s ability to perform that exhaustion, that fear, and that chaotically frantic feeling of desperation truly makes this film. The difficulties he faced when it came to acting – due to the film’s reliance on screens- never really crop up in the film. Cho sells every moment as incredibly natural, easily using the technology at his disposal, and tapping so much into the soul of this character. The films rests on his shoulders with the vast majority of dialogue belonging to him and he delivers a truly gripping and powerful performance as David Kim. He easily creates considerable pathos when he just looks at the camera with those helpless eyes as he desperately looks for some kind of lead. Debra Messing is quite good alongside him as Detective Rosemary Vick, the lead detective on Margot’s case, capturing the exhaustion and dedication of the character as she works the case. 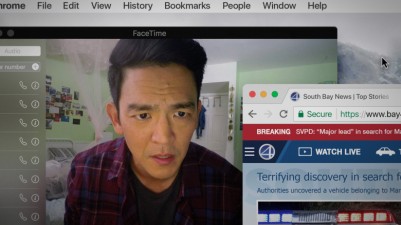 The film’s mystery is of course its big hook, creating a uniquely told and consistently surprising story that is unafraid to take a variety of unexpected twists and turns throughout. However, its overarching theme of parenthood, especially when it comes to how parents relate to their children, what a parent will do for their child, and how to cope with issues within that parent-child relationship, is quite interesting in its own right. Together, David and Rosemary wind up being the main source of exploration for this as they reveal details of their own struggles in raising their children. David picks up on other details and parenting approaches from his brother Peter (Joseph Lee) or any number of parents he speaks to while trying to find his daughter. In the end, Searching is able to show the insanity and chaos that can be derived from a fractured parent-child relationship while also demonstrating the love and togetherness that comes from open communication and mutual understanding. Themes of loss and grief also populate the film, adding to its emotional pull.

Sure to go down as one of the most inventive and creative films of 2018, Searching brilliantly uses its style while seamlessly moving between a variety of screens and users throughout the film. However, it is far more than a simple thriller told in an interesting way. It is a film with a brilliant central performance, timely themes, and a consistently shocking mystery that is sure to take audiences through a ringer of emotions. Add in the level of consideration and depth added to the information presented in the background of the screen, and Searching promises to be incredibly rewarding to future rewatches. In the end, this is a film that takes a conventional setup and premise, tells it in an unexpected way, and is still able to wring surprise and suspense out of its execution.