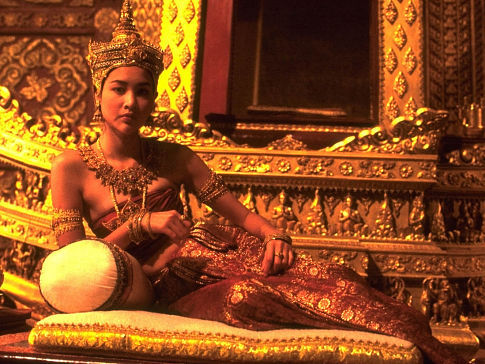 Unlike many of the countries immediately surrounding it, Thailand had the resources to see its cinema blossom from the early ages of film technology. In fact, like so many other storied film lineages, Thai cinema begins with the Lumiere Brothers showing the first ever film screening in Bangkok. The first Thai interest in filmmaking began when King Chulalongkorn was captured on film during a diplomatic trip to Switzerland. Though this is a seemingly simple occurrence, it sparked the motivations and imaginations of the Thai royal family and set the stage for the next century of Thai cinema.

The Golden Age of Thai cinema came with the advent of sound. Talkies came to Thailand in the 30s alongside the rest of the global film industry, and the introduction of color later in the same decade only generated greater interest in film in the country. Thai cinema continued to grow throughout the next several decades and developed into an industry that produced mostly crowd-pleasing action films. As audiences grew bored with these developments, 70s filmmakers ushered in an era of social filmmaking, addressing messages important to contemporary society. Chatrichalerm Yukol, a member of the Thai royal family, got his start making these conscious films in the 70s as he built up to his most well known film: the epic historical drama The Legend of Suriyothai which I will focus on shortly.

The Thai New Wave, which began in the 90s, saw a new independent and arthouse aesthetic introduced to the country. Filmmakers like Nonzee Nimibutr and Pen-Ek Ratanaruang adopted stylistic trends of international cinema and launched a new movement in Thai film. Without a doubt the most famous of the Thai New Wave filmmakers and certainly the most influential director to emerge from Thailand to date is Apichatpong Weerasethakul. Weerasethakul is a household name amongst fans of international cinema and has brought the nation’s film culture to the international stage.

Since the 80s, the Thai film industry has produced a great deal of content. Though language barriers sometimes prevent the international prevalence of much Thai cinema and the nation’s films are often overshadowed by larger Asian countries, it’s safe to say that Thailand has a fairly healthy film industry as far as smaller countries go. Though conservative political views have led Thai filmmakers to struggle against censorship, the nation has been able to produce internationally relevant films, particularly at the hands of Cannes darling Weerasethakul.

Yukol’s The Legend of Suriyothai is an interesting case study in both the roots and long term development of Thai film. In keeping with early Thai tradition, the making of the film was sanctioned by the royal family. Queen Sirikit supported the project and appointed members of the royal family to lead the production including Yukol and lead actress M.L. Piyapas Bhirombhakdi. The expansive production of the epic film has been the most costly  to date in Thailand and made use of thousands of extras, comprised mostly of members of the Thai Army and Navy.

The film, simply referred to as Suriyothai originally, tells the story of 16th century Thai Queen Suriyothai, idolized as a feminist icon in the country. Suriyothai famously sacrificed herself on the battlefield to save her husband, King Maha Chakkraphat, a sequence which is dramatically depicted in the film’s finale. Few other specifics are known about Suriyothai’s life; so much of the film is a fictionalized account. Still, depictions of early Thai culture are treated with immense care and detail. Expansive sets and elegant royal costumery abound and depict the spectacle of 16th century royal life in Thailand.

The final cut of Yukol’s vision clocked in at a whopping five hour run time, but the director prepared a three hour re-edit for international audiences. Francis Ford Coppola was later permitted to edit the film for American audiences and further cut The Legend of Suriyothai into a meager 142 minutes. Unfortunately, Coppola’s cut is the only version of the film that is readily available. The full five hour version does have a DVD release with English subtitles but it is out of print and nearly impossible to find at less than several hundred dollars (at least in the United States).

The Coppola cut of the film is worth watching as a historical artifact, but it would be obvious even to somebody who isn’t familiar with Suriyothai’s history that it is a truncated version of the director’s vision. In a wildly upsetting moment of cultural appropriation, the first title of Coppola’s cut reads “Francis Ford Coppola Presents” ensuring that you know that his involvement- and not the loving treatment of the Thai Royal Family- is the principal influence on the film. It strikes me as bizarre and somewhat disappointing that Coppola would try to reframe this piece of world cinema as something of his own. It is anything but.

The film makes for a fascinating artifact though, both as a historical epic and an observation of how a given country makes a big budget epic. Suriyothai follows a variety of important Thai historical figures and chronicles major military confrontations. It also has a few deeply emotionally effective moments as it shows the brutal and unapologetic executions of child leaders for political gain. It is as much a political drama as a war epic, and constant deceit is at the forefront of the plot.

Still, the Coppola cut feels tangibly truncated. Having no access to the five hour cut, I can’t say how much of the transitional material was transferred directly to the shortened cut of the film, but frequent narration and titles are used as a crutch for the amount of content squeezed into the tight run time. With a broad spectrum of characters and frequent twists and turns, the plot is difficult to follow even with this narrative assistance in such a brief time, and while individual scenes are effective, it’s difficult to see the forest for the trees.

The Legend of Suriyothai is a quality artifact of Thai culture and you can see the pieces of  a fascinating epic. I have no doubt that the full cut as Yukol intended it is a film worth celebrating as both a lesson in Thai history and as a quality work of filmmaking. It’s a shame that Coppola’s cut- which perfectly underlines the impatience of American audiences- has become the only readily available version of what is undoubtedly a worthwhile piece of world cinema. Hopefully Yukol’s full cut will be rescued from its lone obscure and unattainable home video release.

Still, looking at the future of Thai cinema, it’s hard to see anything but optimism. The film industry is growing vibrantly, and is just emerging from arguably its most significant film movement. With a handful of big name filmmakers already producing critically acclaimed content, it’s firmly within the range of possible outcomes for Thailand to emerge as an Asian market that can compete with the likes of Japan, China, and South Korea.

If you would like to know more about Thai cinema, keep an eye out for my retrospective on the films of Apichatpong Weerasethakul which will be published in a few weeks.