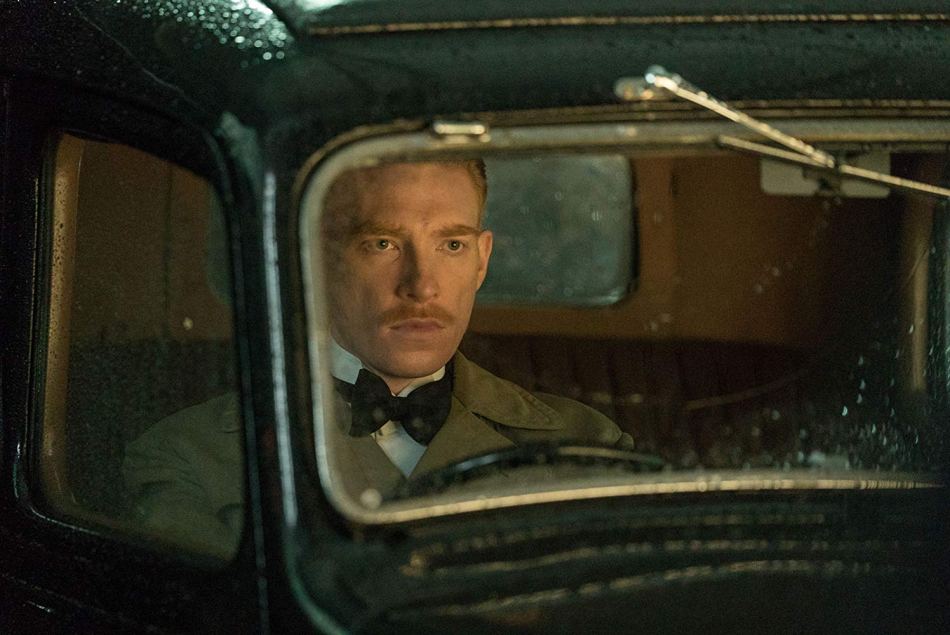 When discussing the Gothic, it’s difficult not to divulge into period debates and how far thematic strength can carry a film on its own. To achieve a sense of the Gothic within a film is difficult, the other-worldly and uncanny sensibilities the genre is known for can often come at the cost of entertainment and narrative clarity. I myself believe one of the best examples of Gothic film in recent memory was Gore Verbinski’s  A Cure for Wellness, and even then the film received a tepid response thanks to its lavish design and emphasis on atmosphere, clouding over other elements of the film such as plot and pacing. It’s a similar feeling to the one I had throughout Lenny Abrahamson’s (Frank, Room) The Little Stranger, although whereas I fell in love with the Lovecraftian tendency of Verbinski’s universe, Abrahamson’s adaptation of Sarah Waters’ novel deals in questions of class, reputation and obsession in various quantities that make for interesting insular character studies, but fail to amount to much of an experience on screen. 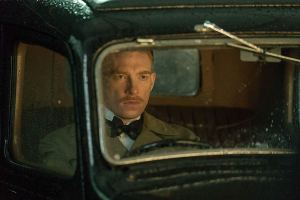 The film is set in 1940s Britain, and Dr. Faraday (Domhnall Gleeson) is a humble and reserved county physician with a fascination for the esteemed ‘Hundreds Hall’, a lavish estate run by the Ayres family in which his mother used to work as a maid when he was young. Fascinated by not only the house but its occupants thanks to a visit to the manor during an Empire Day party that ended with him committing a small but impactful act of vandalism (chipping off a piece of a wall mirror), the doctor finds himself oddly elated when he is called to the estate to treat the halls’ current maid Betty (Liv Hill). Now under the ownership of scarred Royal Air Force Veteran Roderick Ayres (a woefully underused Will Poulter), Faraday finds the house in a state of advanced decay. The walls are peeling, the corridors cold, and what used to take a team of staff members to watch over is now the sole duty of one deceptively-young looking maid. Still, his interest in the house doesn’t waiver, and Faraday acquaints himself with the lady of the house Mrs. Ayres (Charlotte Rampling) as well as her daughter and Roderick’s sister Caroline (a brilliant Ruth Wilson) before becoming a friend of the family and discovering that the house itself may hold a dark secret of its own.

There’s an interesting dichotomy between the Ayres’ family and Gleeson’s portrayal of Faraday throughout the film, the doctor’s continued respect for a family he perceives to be of a higher social standing than him despite substantial evidence to the contrary. Gleeson’s Faraday seems distant and unrelatable at first, even unlikeable, but his mannerisms slowly begin to chip away at you much like the walls of the Hundreds Hall itself. And ‘slowly’ really is the key word for the experience too- I intended to fall in love with Abrahamson’s love of atmosphere which, I hoped would have taken the best aspects of this year’s The Secret of Marrowbone, however I found myself struggling to maintain my optimism for the entire experience. The presentation is typically strong, if a little forgettable, and Lucinda Coxon’s script offers up interesting points for experimentation, but nothing seems to gel together. The story itself seems more appropriate for a television miniseries, a format befitting such a relaxed pace, even when the notion of the supernatural is introduced. 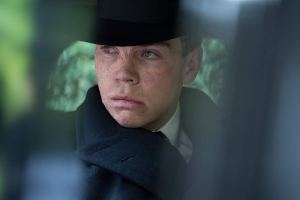 It’s this supernatural tinge too that pulls the shortcomings into view. The Little Stranger feels like it chooses to put the most emphasis on its least-interesting aspects. For example, when the Ayres host a dinner party and amidst the guests is a young girl who doesn’t wish to leave Caroline’s dog alone, she’s viciously attacked out-of-view in an uncharacteristically dramatic moment of violence that’s both jarring and extremely effective in its severity. Faraday is forced to operate and reduce the bleeding immediately, and it brought to hope that some of the darker material could be mined from such a premise yet, aside from a few sprinklings of hope littered throughout the rest of the 111-minute runtime we’re just left plodding through more tediously polite one-upmanship of class and gender. As Caroline and Faraday grow closer they attend a gentleman’s ball at the gala near where his practice sits, and the sequence not only feels out of place but something along the lines of Pride and Prejudice. The thematic coherence feels juxtaposed between wanting to craft a deliciously subversive Gothic take on the class system of the age, and drip-feeding bits and pieces of supernatural horror in order to try and appeal to genre enthusiasts.

Ultimately though, the experience isn’t entirely wasted. Both Will Poulter and Ruth Wilson light up the film whenever they’re on screen, Poulter in particular conveying the difficult broken psyche of a man who’s constantly in pain with strength and pathos even through layered makeup. Wilson meanwhile acts as the film’s backbone, her staggered romance with Faraday is simultaneously filled with a childlike-frivolity and piercing pessimism. Her character brings out the best in the film, with all of her flaws immediately on the table, unlike Faraday’s whose are kept amongst the glimpsed promise of a darker subtext, one that when the film’s climax finally rears its head, you’re left with a disappointing sense of familiarity given the film’s tone and setting.

It’s interesting to note The Little Stranger’s increased scope in comparison to Abrahamson’s previous directorial efforts, and how as a byproduct the film seems to have lost an important component in the form of narrative pacing and the strength of character. Although it’s far from a failure and an interesting experiment The Little Stranger feels as if it should have been more than just a sum of its parts given its talent in front of and behind the camera.

“What this house needs is a big dose of happiness” – Dr. Faraday.

0 comments on “The Little Stranger ★★”