Matt Schlee: Still in the early months of the year and in the middle of the 2018 awards season, February might be viewed as a bit of a slow month in terms of new releases in the US. Still, there are quite a few notable films coming to theaters in February, particularly international cinema from acclaimed directors that are finally making their way to American cinemas.

One film that I’m particularly excited about is the Colombian film Birds of Passage. The film is director Ciro Guerra‘s follow up to the widely beloved Embrace of the Serpent. Guerra is credited as a co-director along with Cristina Gallego who earned a producer credit on Embrace of the Serpent. The film explores the damage that the drug trafficking industry did in Colombia as it ushered in a wave of organized crime. Early reception indicates that it maintains much of the impressive style of Embrace of the Serpent with a significant tonal departure.

Kevin Jones: Embrace of the Serpent is definitely one film I really need to see, ideally before Birds of Passage as this one definitely seems intriguing. It seems to frame its story through the events that occur to a Wayuu family, which is an incredibly unique angle to take. This is, essentially, a crime film about drugs and powerful men trying to rise in that dirty business but seems to aspire for so much more. While I am not familiar with Guerra or Gallego’s work, just reading the synopsis of Birds of Passage has piqued my interest as a fan of the crime genre. The same stories about the mafia/crime bosses have been done so many times that it is refreshing to see such, at least on paper, a fresh take on the genre that explores more of the human cost of these crimes.

Matt: On a personal level I’m always tremendously interested to see world cinema gain this sort of exposure. Artists like Guerra and Gallegos stringing together consecutive international hits can really put Colombian cinema on the map which is an exciting prospect to say the least.

Kevin: That’s a good point. It is not often a foreign language film is able to attain a high profile in modern American cinema. It is probably appropriate then that we move onto Asghar Farhadi‘s Everybody Knows. It debuted at Cannes last year and stars Penelope Cruz and Javier Bardem, telling the story of a woman who returns home only for unexpected events to bring secrets out into the open. It is not just notable as director Asghar Farhadi’s follow-up to the Oscar winning The Salesman, but also for its distribution. It will be released by Focus Features, Universal’s indie-focused subsidiary, and is their first narrative foreign language release since Sin Nombre in 2009.

Matt: It’s also interesting to see Farhadi make a film outside of his native Iran when his films have been so specifically oriented toward discussing Iranian culture. This film was primarily made in Spain. It’s also a bit of a departure for him to be working with two Hollywood stars like Bardem and Cruz. Still, I have high hopes for the film as Farhadi is one of the premier international directors, and The Salesman and A Separation are two of my favorite works of modern cinema.

Kevin: Very true. From reading about his work, it seems as though he is often quite intrigued by both social issues and interpersonal relationships. Even though he is removing himself from Iran this time, Everybody Knows seems to retain that same quality and, based on the trailer, appears to be quite intense. The trailer plays like a thriller and considering his past work all being in drama, it will also be interesting to see how he handles the tonal shift.

Matt: The next film I’d like to bring up is Arctic, directed by Joe Penna and starring Mads Mikkelsen. This is a minimalist survival film that follows a man stranded in the arctic after a plane crash. This is Penna’s first feature. He’s an interesting figure in that he got his start making shorts on YouTube.

Kevin: It is always interesting to see a film from someone who had such a humble start in the industry. From what I understand, he had even posted the script on Reddit for feedback and now, here it is on the big screen. Even better, it seems to be quite a good film.

I an especially intrigued to see Mikkelsen in this role as he has been largely cast in villain roles in Hollywood, but now he is getting another chance at being the star. While there is minimalist dialogue in this film, it will be nice to see him in such a sympathetic role again.

Matt: The next notable film I’d like to bring up is Velvet Buzzsaw directed by Dan Gilroy. Gilroy has an impressive career as a writer and his first two directorial efforts, Nightcrawler and Roman J. Israel, Esq. were met with a lot of success. In Velvet Buzzsaw, Gilroy teams back up with Jake Gyllenhaal and brings in Toni Collette fresh off of her celebrated performance in Hereditary. Velvet Buzzsaw is a horror film which follows a series of people in the art world who are victimized by a supernatural force following the discovering of a series of mysterious paintings.

Kevin: I’m very interested to check this one out. Though I did not love Roman J. Israel, Esq., it did highlight that Gilroy’s strengths are in character building. Here, he will test how he can do in writing compelling characters for an entire ensemble. According to him, Velvet Buzzsaw was intended to be similar to an Robert Altman ensemble film, especially The Player. As his first two works were so driven by just that one great character, seeing how he handles focusing on an entire ensemble of characters should prove interesting. As you said, he has a great cast to work with again with Gyllenhaal and Collette being the two big names, but veterans Rene Russo and John Malkovich also appear here, as do relative newcomers Daveed Diggs and Billy Magnussen. It is a really strong cast, one that should be more than capable of bringing great flair to their respective characters, which is what defined Altman’s ensemble films. 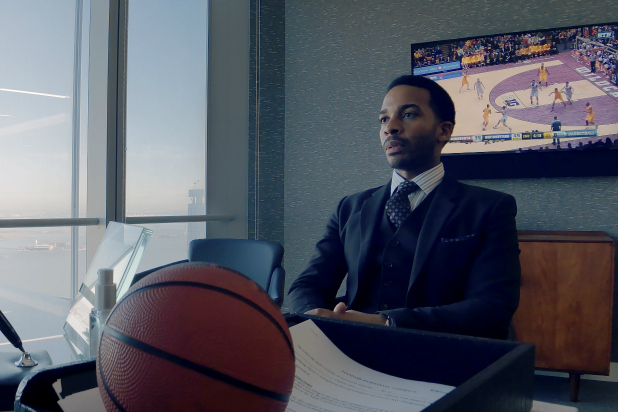 The final film I want to mention is High Flying Bird. Directed by Steven Soderbergh, the film is his second work directed with an iPhone after last year’s Unsane. As this is a sports drama, it will be intriguing to see how Soderbergh utilizes this technique as it worked perfectly for a claustrophobic horror film. The film is focused on a sports agent portrayed by André Holland who has a groundbreaking idea for one of his clients during a lockout in the NBA. As a basketball fan, I am especially excited for this, though any Soderbergh is always a welcome proposition. The cast, including Holland, is quite strong with Zazie Beetz, Kyle MacLachlan, and Zachary Quinto, also appearing.

Matt: The cast is certainly exciting and it’ll be interesting to see such a large shift from Unsane which was a heavy psychological thriller. I’ll be curious to see if the film falls back on some of the popular story and stylistic elements that make up shows like Ballers about the business behind professional sports or if Soderbergh manages to make the subject matter his own.

It’ll certainly be an interesting month. As we draw to the close of awards season, this really feels like the beginning of film in 2019.

0 comments on “Most Anticipated of February 2019”