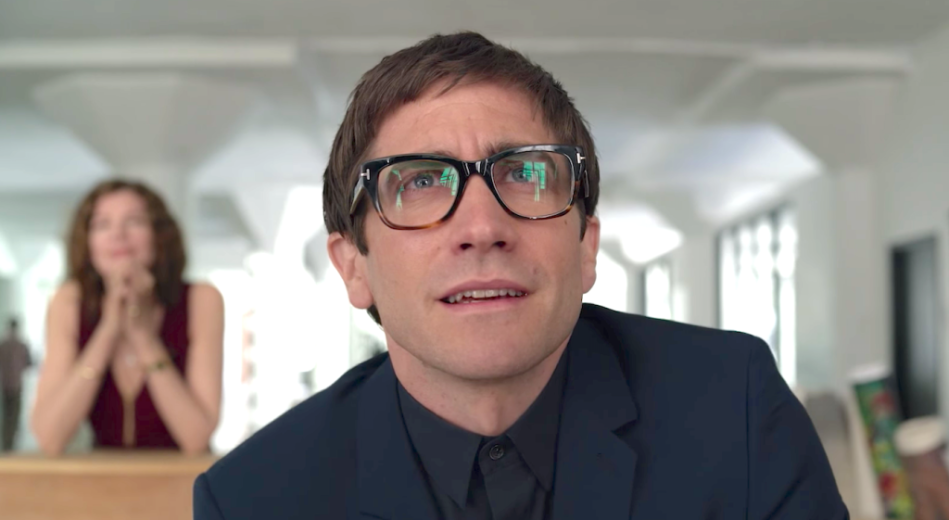 At one point in Dan Gilroy‘s Velvet Buzzsaw, Rene Russo‘s character utters the line, “All art is dangerous”, a succinct if not laughably appropriate thesis for the satirical horror slasher whose killer is literally haunted paintings. Gilroy, whose previous directorial efforts include the masterfully promising debut Nightcrawler and a mixed sophomore project Roman J. Israel, Esq., approaches his latest with the uniform blandness of modern television and the subtlety of a blunt saw blade. Velvet Buzzsaw is a sour turn of events for the director, a distinctly “Netflix Original”-looking film that meanders around its uninspired setting like a lost art gallery patron for such a painful portion of its runtime that its Final Destination-esque ending manages to only barely pass as a welcome refuge. With practically subzero tension and atmosphere, Velvet Buzzsaw squanders every ounce of its intriguing premise on half-baked jabs at the superficiality of the art community. 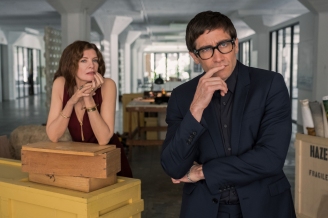 Jake Gyllenhaal– whom Gilroy formerly collaborated with to great effect on Nightcrawler– is decidedly the only redeeming feature of the film. Playing pretentious art critic Morf Vandewalt (yes, this is that kind of satire), Gyllenhaal provides a somewhat charming caricature of the art world for the audience to fall back on when the film plummets into aimless exposition. Gyllenhaal imbues a manic eccentricity into his role, which combined with his character’s electric fashion palate, spawns a visual vortex to suck our attention away from the unmistakably lame plot. The rest of the cast can’t live up to Gyllenhaal’s antics, despite being blessed with brief appearances from the likes of Toni Collette and John Malkovich. Stranger Things‘ Natalia Dyer is the only one to come close to entertaining, playing a 22-year-old art gallery intern who changes employment at least three times during the film’s runtime and hilariously discovers just as many dead bodies. Yet no amount of corpse-discovering interns, nor any degree of crazy Gyllenhaal can completely cover up the film’s blatant abundance of failings, chiefly among which are its awkwardly misguided attempts at horror and its torturous reliance on expository dialogue.

Josephina (Zawe Ashton)- an art agent and Morf’s brief girlfriend- stumbles upon the first body to grace the film, that of her elderly enigmatic neighbor. After hearing from a particularly loud-mouthed handiman that his apartment was stuffed with art ordered to be destroyed, Josephina is overcome with curiosity and stumbles upon a massive goldmine of apparently groundbreaking paintings. Casting aside the obvious ethical violations of disobeying a mysterious dead man’s wishes, she delivers the art to the eager eyes of Morf and prominent gallery owner Rhodora Haze (Rene Russo). It doesn’t take long for everyone involved to start dying in increasingly bizarre ways.

If one stumbled into Velvet Buzzsaw with no prior knowledge, they could be forgiven for not recognizing it as horror. The first act hints at a more traditional art satire, complete with a vista of unlikably one-dimensional characters and that tiresomely generic brand of fast, non-Sorkin dialogue that almost instantly irritates the nerves. By the time the painting slasher (obviously a new subgenre) begins, the additional weight of supporting an unexpected horror twist threatens to immediately buckle the film’s knees. And it does, since none of the kills have an ounce of originality to them, bloated with bland horror tropes of sudden apparitions and swift music cues. The sheer absurdity of the way Velvet Buzzsaw chooses to navigate its scares is ultimately what leaves the strongest and admittedly oddest impression. The mere notion of creating a horror film in 2019 this preposterously unoriginal, this devoid of even the slightest semblance of atmosphere or basic competency, will likely haunt me all year.

Further compounding to the frustration of enduring Velvet Buzzsaw is its annoying obviousness. It’s clear that Gilroy wished to make a biting satire of the art world through the lens of a horror film, likely hoping to expose the superficiality and arbitrary manner in which monetary value is assigned to art. It’s certainly an interesting proposition, but it’s just as clear that Gilroy understands neither the art world nor the horror genre well enough to construe a satisfying narrative with either. As if Gilroy couldn’t make himself clearer in the soggy dialogue, he places at least two scenes in the film where characters mistake random objects for art, ranging from a dismembered corpse to a literal heap of trash. There’s certainly a way all of this could have worked, but as is Velvet Buzzsaw hangs in an uncertain limbo for its entire runtime, ostensibly uncertain if it wants to be tongue-in-cheek or legitimately frightening.

It’s always a tragic day when another promising director crashes and burns on Netflix, but it’s an inevitable outcome for a distribution platform that clearly doesn’t need to tighten the quality of its releases in order to hoard in obscene viewership numbers. What’s the use of ensuring a film is actually decent (or even coherent) when memes of a nude Jake Gyllenhaal using his laptop can suffice as justification for someone on their couch to give it a shot? Netflix has proven, and is currently proving with their intensive Oscar campaign for Roma, that they can distribute legitimately important works of cinema to massive audiences. Yet they are sadly also proving with Velvet Buzzsaw and just a month ago Bird Box, that they can also put out films that probably shouldn’t have seen the light of day, or at the very least should have been substantially reworked. Sparingly cinematic in the most generous sense of the word, Velvet Buzzsaw is a tremendously disappointing start to Netflix’s 2019 lineup. Is it possible to convince a Netflix subscriber not to watch it? Probably not, but it’s certainly worth trying.