Alex Sitaras: I’ll get us started with the first film in this month’s Most Anticipated selection, Non-Fiction directed by Olivier Assayas. Coming off of two primarily English films, Clouds of Sils Maria and Personal Shopper, Assayas’s next endeavor is a French comedy starring Guillaume Canet and Juliette Binoche. The film is set in the Parisian publishing world and looks to expand on Assayas’s brief exploration of technology in Personal Shopper, but with a much lighter touch. Given that Assayas is known for his dramatic work, I’m curious to see something from him in the comedy genre.

Matt Schlee: The only two Assayas films that I’ve seen are those two most recent films and I have dramatically different takes on each. I am a huge fan of The Clouds of Sils Maria whereas I was not too fond of Personal Shopper. With that said, I haven’t decided exactly where I land on Assayas and I will be interested to dig into something tonally different from him. Naturally, anything starting Juliette Binoche has instant appeal to an arthouse movie fan, and I think the shift in atmosphere might do him some good.

Alex: For those interested in drama films this month, we have The Souvenir from Joanna Hogg. The film attracted some buzz from its Sundance premiere, winning the Grand Jury Prize in its category, and will be distributed by A24 (arthouse fans rejoice). The film takes place in the 80s and centers on the romance between a film student (Honor Swinton Byrne) and a troubled man (Tom Burke). The Souvenir is only Byrne’s second acting role and her mother, Tilda Swinton, also stars in the film as part of a mother-daughter pairing. The film is also rather atypical in that a sequel has been confirmed for production, even before the first film’s premiere, meaning that there’s a lot of confidence in how The Souvenir will be received. What interests you about this film Matt?

Matt: Certainly the biggest draw for me is the presence of Tilda Swinton who has proven one of the most talented actresses working today. I also find myself excited to see this acclaimed film from director Joanna Hogg. It feels like recent years have seen a lot of progress in terms of some gender equality in the director’s chair. A24 has also gone out of their way to promote this mission. More female-directed art films is certainly a positive, and something we haven’t historically seen.

Next I’d like to bring up Meeting Gorbachev, the latest documentary from Werner Herzog. The film chronicles Gorbachev’s time in power in the Soviet Union guided by three interviews he did with Herzog. I am interested to see the stance that Herzog takes in telling the story of the topple of the Soviet Union and the degree of sympathy he offers his subject.

Alex: Herzog’s transformed himself lately into more of a documentarian than a feature film director; however, he isn’t without success in directing documentaries. Meeting Gorbachev only adds to his body of work and looks to be biographical in nature, discussing the course of Gorbachev’s life and including ample footage of historic events. Given an overall renewed concern about Russian politics the past few years internationally, it’ll be interesting to hear Gorbachev’s thoughts on modern-day Russia, if the topic is at all broached. 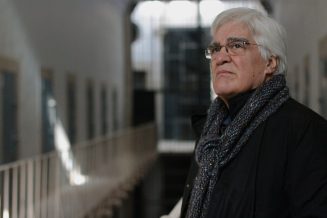 Another interesting documentary released this month is The Silence of Others (dir. Robert Bahar & Almudena Carracedo). The documentary explores the lives of survivors and (grand)children of those who suffered during Franco’s brutal forty year regime and their attempt to seek justice through the Argentine Lawsuit. In 1977, Spain passed an amnesty law protecting Francoist officials (which has continually been upheld) and the Argentine Lawsuit sought to override this law, citing international law that states that there is no statue of limitations for crimes against humanity.

Shot over the span of six years, the documentary appears to be a comprehensive look at these persons’ attempts to seek justice. The trailer for the documentary closes on, what I thought to be, a particularly striking quote spoken by a woman whose mother was taken from her and murdered: “How unjust life is. Not life. We humans… we are unjust.” Given this quote and the fact that the film is titled ‘The Silence of Others’, I imagine the film will explore in some detail the topic of responsibility in preventing atrocities.

Matt: It’s an interesting and timely subject and certainly one worth exploring. I think documentaries like this often do a lot for the victims of atrocities that aren’t as well remembered in the public consciousness. It seems to me that audiences tend to have a more narrow historical context in general and a film like this can really help to promote awareness of just how common brutal regimes like Franco’s can be.

The final film I’d like to mention this month is Criterion’s release of David Lynch‘s Blue Velvet. Blue Velvet is one of Lynch’s more narrative films, but it’s also one of his best. Starting a young Kyle MacLachlan and Laura Dern, it is one of the iconic dark crime thrillers of the 80s. The release includes a plethora of supplements including a documentary on the making of the film and nearly an hour of extra footage ported from the previous Blu-ray release. It also includes new footage of Lynch reading excerpts from his autobiography that was released last year. Are you a fan of Blue Velvet?

Alex: I need to rewatch Blue Velvet. I completely forgot Laura Dern played the role of Sandy. It’s easy to forget the more ‘normal’ roles in Blue Velvet given how intense Dennis Hopper and Isabella Rossellini’s performances are. Blue Velvet is my favorite out of the Lynch films I’ve seen, though I’ll admit I’ve seen maybe half of his films. The sheer amount of supplements in this Criterion release makes me look forward to the release. When compared to another cult classic receiving a Criterion release this month, Funny Games (1997), there’s a lot more special features to explore in Blue Velvet‘s release.