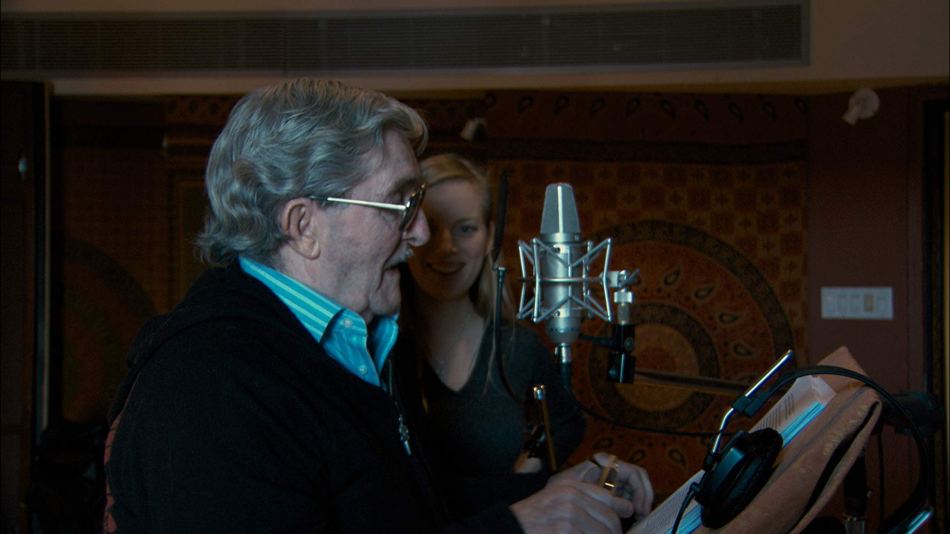 Stories We Tell looks back at director Sarah Polley’s family, starting with the life of her mother Diane, who passed away when Sarah was ten. We’re told about Diane’s complete life in the first half hour of the film but, in a manner similar to the limited time Sarah had with her mother, Diane’s impact on Sarah’s life continues to be revealed over the course of the documentary.

Ever since Sarah was a child, there had been a rumor that Diane’s husband Michael, the man who raised Sarah, was not her biological father. As a dinnertime joke, the family would amuse themselves by suggesting Sarah did not look similar to Michael, but rather resembled Jeff Bose, a friend of Diane’s.

Diane in fact, had many friends, and was quite the extrovert. Stories We Tell examines the relationship that Diane had with Michael in some detail, noting that Diane and Michael were as opposite as two people could be; however, one pivotal commonality brought the two together: theatre. Diane first met Michael after seeing him perform as Mick in The Caretaker, seemingly falling in love with his bombastic character rather than Michael’s quiet self. The two married and their incompatibility grew apparent over the course of the marriage. Later on, Diane is offered a part in the play Toronto and must leave for a couple of months. The passion within their marriage is reignited during their separation, and Michael writes love letters to Diane and comes to visit her. Upon Diane’s return home, Diane discovers that she is pregnant and, given their earlier rendezvous, Michael has no reason to suspect that he would not be the father of the child, Sarah.

Throughout Stories We Tell, Sarah unpacks the lives of her family members in relation to Diane. Interviews that Sarah holds between herself and her family reveal different perspectives and even outright contradictions. The most notable contradiction occurs when Sarah finally does discover the identity of her father: film and theatre producer Harry Gulkin. In Harry’s eyes, his affair with Diane was quite open, whereas Diane’s friends note that the affair was discrete.

Harry recalls his affair with Diane to be deeply romantic, and his inability to connect with Sarah throughout her childhood as tragic. Harry is relieved to finally tell the truth to Sarah (he dare not disrupt her childhood and happy family with the truth), and spends more time with Sarah as she comes to know her biological father and learn more about his affair with Diane.

Stories We Tell explores concepts of truth and authenticity when telling its story, Harry telling Sarah during an interview that he believes the story at the center of the film is his to tell, noting that he is a participant in the story, whereas some of Sarah’s family (who help in telling the story over the course of the documentary) are outsiders. The irony, of course, is that the only person actually capable of telling the full truth, Diane, doesn’t have a voice in this film. Sarah disagrees with Harry’s perspective; the story ultimately told in Stories We Tell is one of Michael’s memoirs, assisted by the aforementioned interviews and home videos, and thus the story chosen to be told by Sarah becomes one about her mother and father. Not her biological father, but rather the father who raised and loved her, and continues to love her, as his own.

As a whole, the documentary reveals the influence that family and heritage plays throughout the course of one’s life. Stories We Tell makes the relation between ourselves and our relatives appear as more than just a shared bloodline, and brings to the surface the understated impact that decisions and circumstances that occurred decades ago can have on our lives today. There’s a fascination we can experience externally as audience members in seeing a family’s story told through the unraveling of a mystery, and that fascination is no doubt what keeps drawing me back to this film every few years.

This piece is part of a series of writings published during July 2019 about documentaries. Documentaries can… convey a feeling as we’ve seen in Sarah Polley’s Stories We Tell.

0 comments on “Stories We Tell (and Stories We Don’t)”