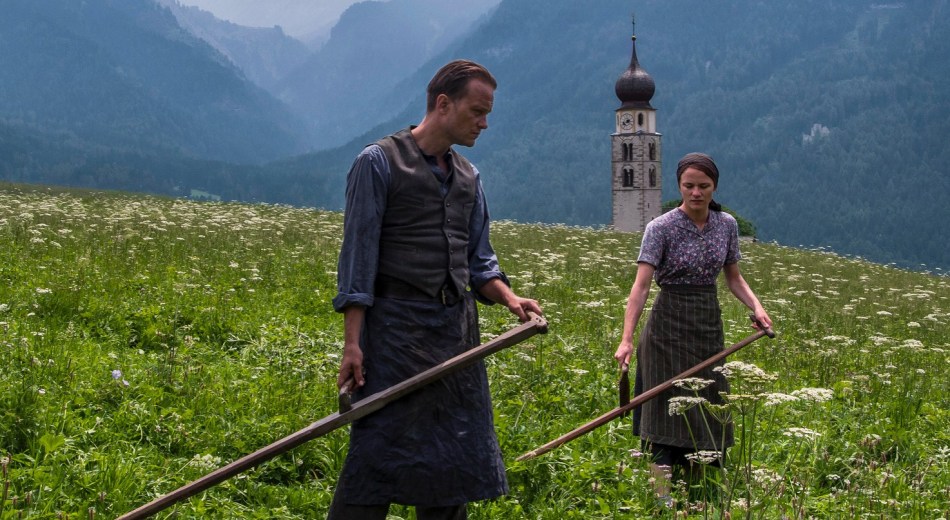 In every war, there are those who fight and those who do not. While film, and artistic depictions of war in general, has a tendency towards depicting the blood-soaked battlefields and the heroism and sacrifices of those fighting, in life there are other stories that unfold apart from the violence taking place on the battlegrounds. Lives that are lived away from the war have their own impact on the world that are often overlooked but are not meaningless. After decades of sporadically directing films and having them generally met with widespread adulation, Terrence Malick reached his professional peak with 2011’s Palme d’Or winner, The Tree of Life, before beginning to turn out films at a rate unprecedented in the director’s history with more films made in the last decade than in the nearly forty years of his career that preceded it. None of these films have been met with the praise that The Tree of Life or Malick’s earlier work received but, as many have been quick to point out, A Hidden Life, which premiered in competition at the 72nd Cannes Film Festival, is a stylistic and thematic return to Malick’s earlier days that has proven to be a hit with the director’s fans. 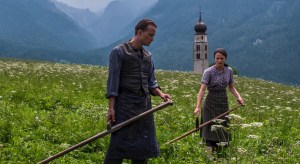 Trading in the modern settings of his recent work for another World War II set drama, with A Hidden Life, Terrence Malick tells the story of Franz Jagerstatter (August Diehl), an Austrian conscientious objector who refused to fight for Hitler’s army and would eventually be imprisoned and executed for his refusal to swear allegiance to the Third Reich. Though production began more than half a decade ago and filming ended two years before the film’s Cannes premiere, A Hidden Life feels like the director’s most urgently political film to date as an attack on those people who sit idly by and let atrocities happen around them, or worse, perpetuate the atrocities through a failure to consider their allegiances. For the first time since The New World, Malick uses a real historical figure as his protagonist but, as in his earlier work, he never finds himself terribly concerned with painting the complete picture of Franz Jagerstatter’s life or the things that happened around him, instead opting to keep the film’s narrative as simplistic as possible to deliver a moralizing message about the dangers of blindly following leaders and the importance of staying true to one’s beliefs. In fact, the specific reasons for Jagerstatter’s rejection of the Nazi regime and complete refusal to serve it are left fairly vague and he is seemingly unaware of many of the most heinous crimes committed by the regime, yet his conviction is unwavering and by refusing to delve into the specifics, the film feels like a universal statement that can be applied to any time and place. 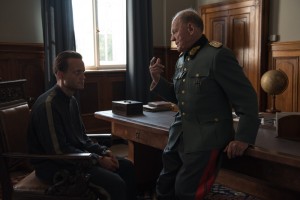 As is the case with most of Malick’s work, the plot is sparsely interjected into A Hidden Life and more often than not the film’s lengthy runtime is used by voiceovers exploring the morality of standing one’s ground and the impact one person can have on the world while gorgeous wide shots of the Austrian countryside fill the screen rather than portraying scenes that follow a traditional narrative trajectory. While the strict adherence to a meandering style could have a huge potential to come at the expense of actual substance in the hands of a lesser filmmaker, Terrence Malick continues to deftly create beautiful, dreamlike sequences that are emphemerally constructed  like a memory and leave a clear message imprinted on the viewer. As a cast of characters, mostly portrayed by actors that will be familiar to those who follow European cinema such as Matthias Schoenaerts, as well as Michael Nyqvist and Bruno Ganz (in their final film roles), enter the film for a few minutes and exit as quickly as they came, insights are offered into the perspectives of those who did not stand against the regime or, in some cases, actively aided it. Malick also condemns those people who are not inherently bad but are too easily led astray to be considered good. As the perspectives of these supporting characters are given more time to be demonstrated, Franz Jagerstatter almost begins to fade out of focus as he rarely speaks and when he does it becomes increasingly in a voiceover capacity, becoming closer to the voice of the director speaking directly to the audience than that of the character. 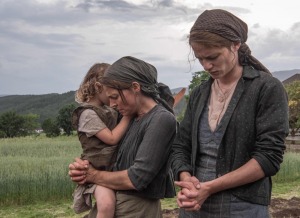 Malick’s films have always had spiritual, particularly Christian, undertones but A Hidden Life may be his most blatant affirmation of his Christian idealism as the real Franz Jagerstatter was recognized by the Catholic Church in 2007 as a martyr and was beatified later in the year. The film serves as the director’s personal statement that religion should be something a person calls upon to affirm their certainty that they are right in taking a stand against evil, not an affirmation of the motivations behind evil deeds, and it does so with gorgeous visuals and an abundance of reverent musings. In Jagerstatter’s and in Malick’s appraisals of the world, the positions a person takes may not be noticeably or immediately impactful on the world or community around them, yet taking a stand for something is the most important thing a person can do.