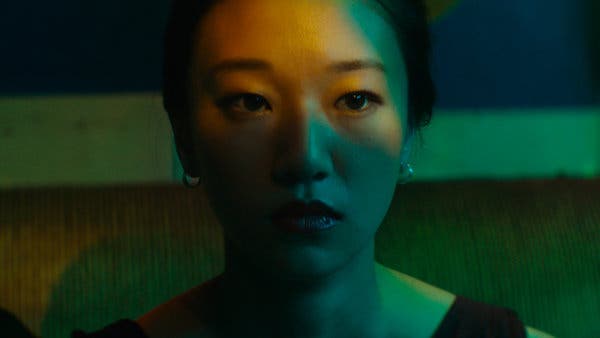 Los Angeles has been the setting of many films, but so often, the city has served merely as a backdrop. Even great filmmakers like Michael Mann who are famous for portraying for LA have never successfully conveyed what it is like to live in the city, especially for those who don’t live in the upscale areas like Beverly Hills. A more recent film like Under the Silver Lake is quite accurate in its portrayal of the Silver Lake neighborhood, but its focus on a very privileged community of white people provides a very limited portrait of LA.

Ms. Purple, on the other hand, takes place in a very recognizable Koreatown, an area just outside of the gloss of Hollywood and the promise of the American Dream. Directed by Justin Chon and written by Chon and Chris Dinh on a shoestring budget, Ms. Purple focuses on Kasie (Tiffany Chu), who works as a karaoke hostess in Ktown to support herself and her ailing father (James Kang). When her father’s caretaker quits, she is forced to ask her estranged brother Carey (Teddy Lee) to help her take care of him. Old tensions arise with the return of Carey, who is much more impulsive and unpredictable than Kasie. Meanwhile, Kasie struggles with making ends meet, her likely alcoholism, and her romantic life, which seems to be inextricably linked to her perceived lower status as a hostess or doumi (“helper” in Korean).

Despite its low budget, Ms. Purple is a beautiful portrayal of LA from creators who are clearly familiar with the city. Cinematographer Ante Cheng, who also shot Chon’s debut feature Gook, is the unsung hero of both of Chon’s films, with his soft palettes of natural lights and richer darker tones from artificial light sources such as the lights in the karaoke rooms or even the normally harsh lighting from the signs in strip malls that make up most of Ktown. The cinematography underlines just how moody and contemplative a film Ms. Purple is, which is in line with Kasie, who is more stoic and reserved than one would expect from someone who is expected to socialize and entertain clients for a living.

Chu manages to convey a lot with a little, especially since so much happens to her character that is out of her control. While her performance is a strength of Ms. Purple, it is also a weakness in the script. Kasie does not have much agency for much of this film, and because she is so stoic for the most part, she is a cipher. Even if economic circumstances force her to take questionable actions, she is closed off and does not share her pain with anyone else, which may be realistic but is frustrating to watch.

The moments she comes alive are a relief from her relative passivity and usually involve her family, such as her firm conviction that she does not want to put her father in hospice care, even though it is increasingly becoming her best and only option. There is a promising hint of the sibling camaraderie she feels with Carey, but those moments are too brief, and consequently, their relationship feels underdeveloped. Part of the necessity of making Kasie so introverted was probably the fact that Chu is actually Taiwanese, and if she had spoken in Korean, it would have been a dead giveaway to native Korean speakers. A karaoke hostess working in Koreatown and entertaining Korean businessmen would have at least a working knowledge of Korean, so her English-only attitude is one of the film’s few false notes.

Ms. Purple is still a beautiful, evocative portrait of LA that goes a long way to depict a relatively unexplored aspect of the city. If the film is not overly involving plotwise, it more than makes up for it by telling a story that can resonate far beyond the Korean-American community and is a rare portrayal of a type of person who would merely be a supporting character in  most films.