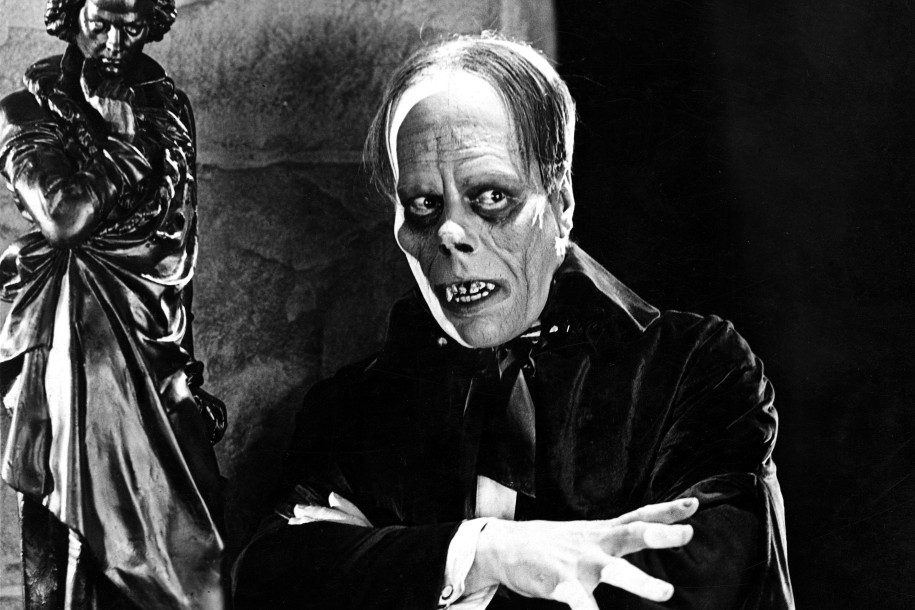 The Phantom of the Opera has been a long-standing institution of culture, paid homage to constantly and parodied just as much. Most of the credit goes to composer Andrew Lloyd Webber who continues to endure even this December with a film adaptation of his Cats, which most people were introduced to through a rather upsetting trailer. On the surface, the plot of The Phantom of the Opera is decidedly out of fashion. Described most simply, the film is about a very talented incel who terrorizes innocent people by gaslighting the hell out of them. He also harasses a woman into eternal servitude. The story is very rightly described as a horror story, but the Phantom has been so romanticized by years of cultural omnipresence that the more horrific elements of this story seem to whizz right by the many people paying hundreds of dollars for Phantom tickets.

The 1925 adaptation of Gaston Leroux’s novel has no illusions about its titular monster, and as such, gives us a Phantom who is beautiful in his hideousness. But the film almost didn’t happen for many reasons. The movie was rewritten several times after lukewarm responses from test audiences. Lon Chaney and director Rupert Julian got along so poorly that Chaney refused to even talk to Julian. Apparently, Chaney mostly directed himself, which was consistent with much of his career. That Chaney was the Man of a Thousand Faces was no accident, but a result of years of hard work. Chaney actually knew how to do his own makeup, which gave him a competitive advantage over other players. He played bit parts in dozens of shorts and feature films until his most famous roles, Quasimodo in The Hunchback of Notre Dame in 1923 and Phantom two years later.

Chaney was also a masterful physical actor. His exaggerated style was perfect for silent pictures when movement and blocking had to work overtime to tell story. When Christine first pulls away the mask that the Phantom has been wearing, the camera simply beholds Chaney’s face. The face is skeletal, especially where it seems he has a hole where his nose should be, which is faithful to the description in the novel the film is based on. A century of horror movies has probably desensitized modern audiences to the horror they might feel when seeing the Phantom for the first time, but we can also understand why he would want to hide his identity. When he turns to confront Christine, he does so deliberately and stiffly in an appropriately dramatic fashion, as if his character does not really know how to interact normally with regular people, especially since he is so exposed.

What makes the Phantom even more impressive is just how unstoppable he is for most of the picture. He easily terrorizes the opera house with his knowledge of the secret passages of the place. When people get anywhere near him, he has constructed elaborate booby traps. He pre-dates the onscreen version of both Dracula and Frankenstein’s monster by six years, who are both similarly unstoppable, and his influence can be felt down to monsters such as the Terminator or the specter in It Follows.

Yet this film also captures the essence of this monster in that he is a creature forged from pain and isolation. Perhaps any viewer feels the pain that the Phantom is enduring instinctively since he is as much a figure for pity as he is of horror. There is a look of fear and anger in his eyes, and even when he does the most horrific things, he is by far the most recognizably human and sympathetic character in the film, especially compared to all the blandly handsome and pretty characters he plays against.

Though one could argue that Lon Chaney is the primary auteur of this movie, Rupert Julian should not be dismissed. The beautiful opera house setting and costumes were part of his vision, and such a striking one that the Andrew Lloyd Webber opera would borrow its aesthetic for the stage adaptation. Also, while colorized versions of black and white films rarely add anything of value to the original film, I would highly recommend the 1929 re-release found on Blu-ray, where the big party scene is colorized in sumptuous, mostly red tones. When the Phantom appears in his skeleton mask, it is such a macabre and grotesque get-up that everyone stops and stares at him. In color, it looks borderline garish but still disturbing.

Though other films before Phantom had beautiful monsters, I would argue that it was this film that inspired other filmmakers to pay loving attention to their monstrous creations. The Phantom is a representation of all our fears of inadequacy and self-loathing embodied in one man. Yet it is this side that needs the most sympathy, and for a short while, before he is ruthlessly hunted down, the Phantom receives it from the audience.