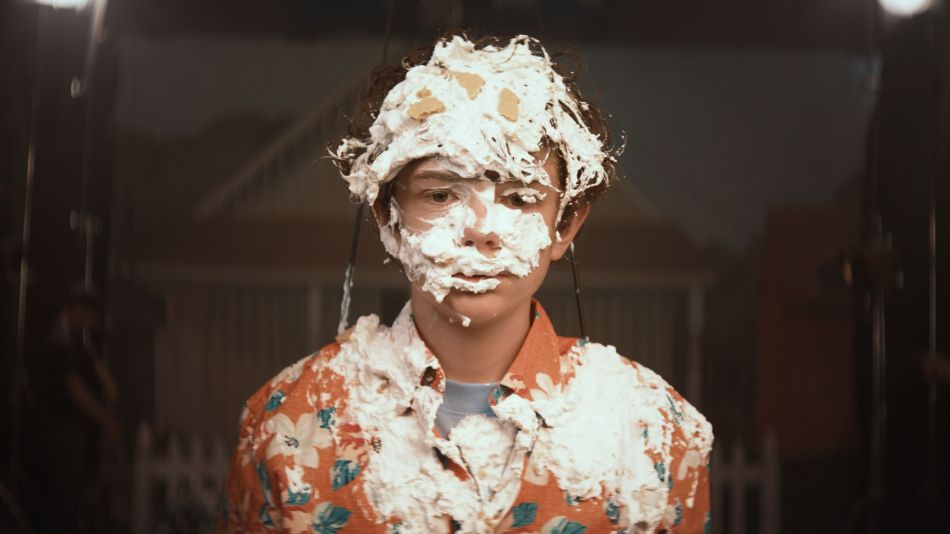 Shia LaBeouf‘s 2017 arrest for disorderly conduct, public drunkenness, and obstruction of justice was not his first brush with the law. But, it was the catalyst that launched him on a path of self-reflection and apparent forgiveness. Ordered by the court to get treatment for his substance abuse and anger issues, LaBeouf would be diagnosed with PTSD while in therapy. This lays the blueprint for Honey Boy, written by LaBeouf and directed by Alma Har’el. Using LaBeouf’s experiences  with his father and in Hollywood as an inspiration, the film starts with him on a film set and follows up with a brutal car accident and arrest that mimics LaBeouf’s own in 2017. From there, Honey Boy and LaBeouf track the events and situations that built to this moment as well as how as how its protagonist tries to grow beyond the pain in his life.

It is not a straight re-creation of LaBeouf’s life as Honey Boy, at the very least, changes the names. The star here is Otis, portrayed as a young boy by Noah Jupe and as an adult by Lucas Hedges. His parallels to LaBeouf are clear with the aforementioned arrest, mandatory therapy, life in a broken home with an erratic father, and PTSD diagnosis also serving as his backstory. However, the key to Honey Boy is the growth that unfolds. The flaws of his father James Lort (LaBeouf) are evident. He is a sex offender who served time in prison. He is violent and controlling with his son, while allowing him to smoke or be in very adult situations despite his young age. Many of the memories of his time as a boy serve as nightmares for Otis as he spends time in rehabilitation, haunted by the pain that his father gave him but unwilling to part with it – as he says to his counselor/probation officer, “Pain is the only thing my father gave me and you want to take it away.” Honey Boy is a heart-wrenching and troubling film, one rife with uncomfortable situations to see the young Otis involved in but heartbreakingly authentic on the part of LaBeouf in writing these scenes.

By his own confession, Honey Boy was written as part of his rehabilitation process and LaBeouf’s primary motivation in writing the film was catharsis. It is logical in seeing the film as it plays like a man trying to figure out why he is the way he has become. Otis’s every flaw and hesitation to rehab, his rough childhood, and his eventual acceptance of everything that his dad did wrong are all quite powerful to see in this context. One can see LaBeouf reckoning with his own demons, his father’s, and coming to terms with everything that means to him.  It is an incredibly powerful story, one gracefully written by LaBeouf and well presented by Ha’rel. The humans at the center consistently rise and reveal themselves, while the evocative work of DP Natasha Braier frames their faces and bodies in such a way to allow full expression. Either from the reactions and pain in their eyes or their body language, Braeir’s work prizes close-ups and medium shots that enable such subtle expression.

Honey Boy does struggle in spots, particularly in the beginning and the ending. The opening montage feels rushed in setting everything up, even if does admittedly succeed in setting things up. It creates a bit of a whirlwind nonetheless, rushing through Otis’ backstory while backing it with intrusive music. It never quite gels and starts Honey Boy off on the wrong foot by trying to cram so much into so little time as an opener. The finale is similarly rushed, following up a great pseudo-surrealistic moment as Otis follows a chicken to his aged father. So eager to wrap up with a neat “forgiveness” kind of moment, Honey Boy comes off as uncertain. It wants so badly to tie things up that it forgoes some of the further emotional hurdles that Otis must clear. Pacing is perhaps Honey Boy’s biggest overall problem, making up for it with its rich emotion but at times playing scenes far longer than necessary. Outside of the first and third acts, a few moments in the second act shared between young Otis and a “shy girl” (FKA Twigs) who lives across the street from them and is apparently a prostitute are especially uncomfortable. Perhaps authentic to LaBeouf’s experience, the cuddling and intimate touching distract from Honey Boy’s strong emotional arc with the film elongating these moments far beyond what is necessary. 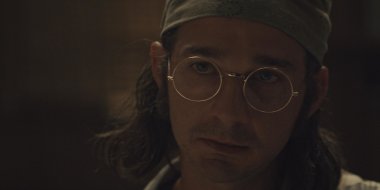 Nonetheless, Ha’rel elicits fantastic performances from her cast, especially from Shia LaBeouf. One can think of an interview he gave during the press tour for Nymphomaniac where he stated that, “I’m only going to work now when I’m terrified.” This role represents exactly that, a challenge for LaBeouf to play his own father but one that is very evidently therapeutic. The closing scenes for his father as he discusses the challenges of being his son’s employee or as he sits there in full clown make-up perhaps represent the most cathartic moments in the film. LaBeouf is phenomenal in both, capturing his father’s humanity so well and seeming to come to terms with everything that led up to these moments. His anger beforehand, his flaws, and his demons, are all just as effectively brought out by LaBeouf in one of his best performances to date. It is incredibly powerful to watch, watching him capture his father in such an understanding way. Alongside him, Jupe and Hedges are similarly strong. Jupe does great in the more confrontational moments, showing the trauma that is being instilled into this young man with great skill. Hedges’ ability to capture his antagonistic nature, his desire for growth, and the lingering pain he experiences in rehab is similarly impressive, demonstrating Hedges’ considerable ability to capture such deep-rooted feeling.

Honey Boy is an emotional journey into Shia LaBeouf’s life and pain. It is not a perfect film, but it is so raw and honest that it is nearly impossible to not be moved by its story. The fantastic performance by LaBeouf as a version of his own father – as well as the strong turns by Noah Jupe and Lucas Hedges as a version of LaBeouf – are absolutely captivating to watch. One can see LaBeouf working to forgive his own father as he plays him in Honey Boy while watching LaBeouf, the person, act opposite versions of himself in Jupe and Hedges. This dynamic allows healing to unfold in unexpected and touching ways. Strong direction from Alma Ha’rel rounds out Honey Boy, one of the most raw and revealing films of the year.