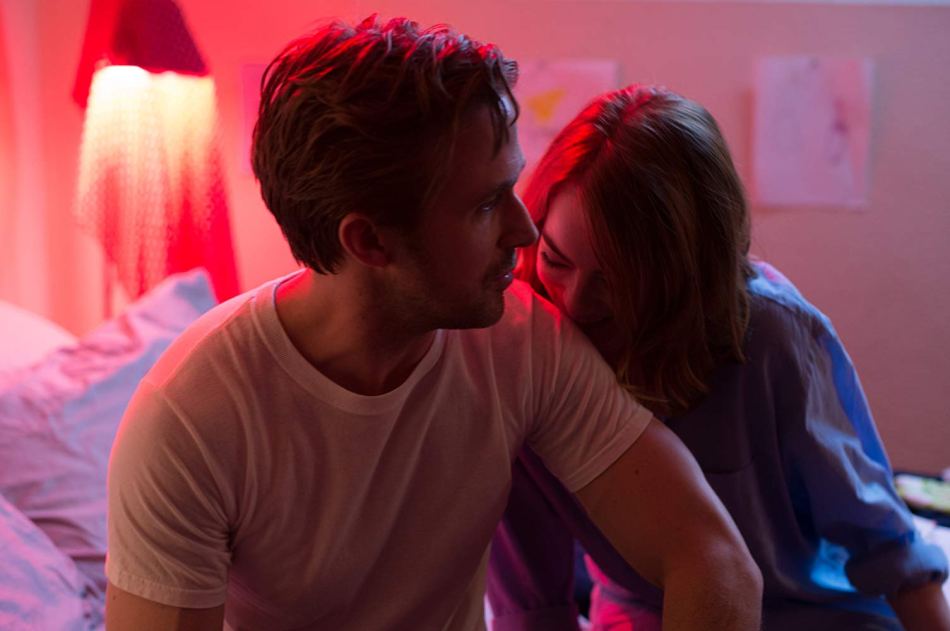 “People love what other people are passionate about.”

Passion is an incredibly difficult thing to define. Many people are born knowing what they want to do while others struggle their entire lives finding their individual purpose. However, once someone discovers what they were put on this planet for, there is often no stopping them. La La Land proves that this is even more difficult when two stubbornly passionate artists fall in love with each other. Damien Chazelle’s third feature film is a wonderful story of a couple’s romance while also doubling as his own personal love letter to Hollywood. Equal parts inspiring and heartbreaking, this film is an excellent exploration of two artists’ relationship in the City of Stars.

Mia (Emma Stone), an aspiring actress and Sebastian (Ryan Gosling), an aspiring jazz musician, both live in Los Angeles trying to kickstart their dream careers. Their lives just happen to intersect as they keep running into each other and believing it is destiny, they strike up an adorable romance. Despite how dedicated they are to each other and the intense bond that they share, they find that loving one another while also loving their own passions proves to be more difficult than they ever could have imagined.

Chazelle has come a long way since his feature debut Guy and Madeline on a Park Bench, but the one element that invades his films in such a stylistic way is jazz music. The genre is a huge element in his stories and especially throughout La La Land, it makes the already magical atmosphere of Los Angeles even more romantic. Justin Hurwitz’s score throughout this film is its biggest and arguably most memorable piece that makes Mia and Sebastian’s romance undeniably electric. The cinematography from Linus Sandgren also contributes to showing off this city in the most fantastical way. From the quick whips of the camera during Sebastian’s high-energy moments to the sweeping movements of the gorgeous planetarium scene, Sandgren shoots this film in such an unforgettable fashion, making it appear like something out of a dream. Chazelle is truly an expert in utilizing his crew and blending their creative decisions together in order to make one of the most genuine romance films of the past decade.

Every romance does not come without its faults, however, as the main conflict surrounding Mia and Sebastian revolves around their conflicting passion for each other and their careers. Their relationship is developed through the arts and as they learn to love each other’s eccentricities, they also learn that the main reason they clicked so well is due to their obstinate passions. Passion is what begins and ultimately destroys the two’s romantic feelings for each other but both Mia and Sebastian refuse to acknowledge this until the film’s climax. Love is endlessly complicated and while it is pleasant to think that every story will end well, the reality is that people are too complicated to be defined by only one relationship in their lives. Audiences typically want to see characters fall in love and be happy together forever but Chazelle knows that is not usually the case and is not afraid to incorporate this into his script.

Mia and Sebastian also know that they will always love and carry each other in their hearts and the subtle look that they share in the final shots of this film characterize just that. Even though the two might not have ended up together, they know that their respective loves for acting and music were far stronger with a mutual respect between them. Mia did whatever it took to pursue her dreams while Sebastian kept with his music to pursue his and in a perfect world, they would have ended up together. But that is not what La La Land is about. La La Land is about discovering one’s own personal passion and fighting through the ups and downs of your goals regardless of how it might affect romantic relationships. It would have been far too much of a happily ever after if Chazelle had gone the saccharine route and wrote Mia and Sebastian to end up together. Instead, he takes a much more mature and authentic approach at the end of their relationship and the beginning of the rest of their lives.

The infinitely warm version of Los Angeles created by Chazelle is home to both his delightfully romantic story but also the eventual deterioration of the same romance. Despite how tragic hopeless romantics might find La La Land, the representation of a romance in the arts could not have been presented by anyone other than Chazelle and he does a stupendous job of making the audience care about Mia and Sebastian throughout the entirety of his film.