In light of the spread of the coronavirus and the closure of theaters nationwide, our Most Anticipated column will be a little different this month, and likely for a couple of months to come. Rather than highlight a mix of theatrical and Blu-ray restorations, we will be sharing with our audience video on demand (VOD) and home media titles that we’re looking forward to seeing this month. We hope that you find some entertainment to explore through our monthly column, and that you are staying healthy in these challenging months.

We all may be stuck at home for the entirety of April, but thankfully there are an abundance of great films coming to a variety of streaming services. Perhaps of interest to most is a film which needs no introduction, Bong Joon-ho‘s feverishly popular Parasite. The 2019 Palme d’Or-winner took home four Oscars including Best Picture – becoming the first foreign-language film to do so – less than two months ago (it’s really only been that long!), and will be available to stream on Hulu starting April 8. For the handful of cinephiles that haven’t had the chance to catch this landmark masterpiece yet, do yourself a favor and check it out (along with the equally excellent Portrait of a Lady on Fire, which is already available to stream on Hulu). Parasite, like Portrait of a Lady on Fire, is also slated for a Criterion release sometime in the near future, so be sure to keep an eye out for that as well.

Moving onto my favorite streaming service, The Criterion Channel, are two iconic American films that I am personally very excited to view while I stay inside. The first is Martin Scorsese‘s beloved 1980 Raging Bull, a portrait of a self-destructive boxer over the course of his life. Starring frequent Scorsese collaborators Robert De Niro and Joe Pesci, Raging Bull is often deemed one of the legendary director’s very best films to date. I last saw Raging Bull several years ago (before I really got into cinema), so I am extremely eager to revisit it. While the film is already available on a number of streaming services (Netflix & Prime Video), Criterion Channel is bringing back an old Laserdisc commentary with Scorsese and his editor Thelma Schoonmaker. Raging Bull will be available to Criterion Channel subscribers starting Friday, April 3. 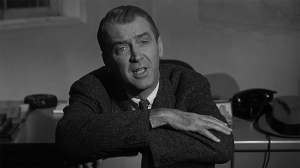 Another classic coming to Criterion this month is Otto Preminger‘s 1959 Anatomy of a Murder, which is actually a film I haven’t seen before. Starring James Stewart, Lee Remick, Ben Gazzara, and George C. Scott (among others), Anatomy of a Murder is a courtroom drama following a murder trial. Preminger’s work is mostly a blindspot for me (I’ve only seen his 1944 noir Laura), so I am looking forward to checking out his most famous film. Along with two other Preminger films (Bonjour Tristesse and Bunny Lake Is Missing), Anatomy of a Murder will be available to stream on The Criterion Channel starting Monday, April 13.

For those looking for something a bit more loose and fun, Paul Verhoeven‘s 1992 erotic neo-noir Basic Instinct is returning to Prime Video this month. The playful psychological thriller follows the suspenseful relationship between a police detective (Michael Douglas) and the manipulative murder suspect (Sharon Stone) he is investigating. While many of Verhoeven’s films often receive a mixed or outright negative critical reception, I find his work exceptionally fun and generally undervalued. While I was only lukewarm myself on Basic Instinct when I first watched it a couple of months ago, my opinion on it has only increased with time and I very much plan to watch it again. I’ve been going on a bit of a Verhoeven binge as of recently, and Basic Instinct is probably my favorite of his films that I’ve seen. Prime subscribers can access Basic Instinct on April 1. 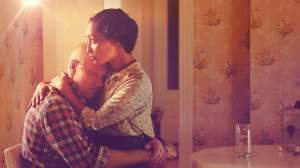 Closing out our most anticipated streaming releases this month is Loving on HBO. Directed by Jeff Nichols (Mud, Midnight Special), Loving follows the true story of interracial couple Richard and Mildred Loving, who were arrested and sent to prison for marrying in the late 1950s. Their arrest formed the basis of a landmark Supreme Court case Loving v. Virginia, which outlawed the criminality of interracial marriage. The film is available to stream on HBO starting April 1. For those looking to form a double feature, the 2012 documentary The Loving Story is also available on HBO.