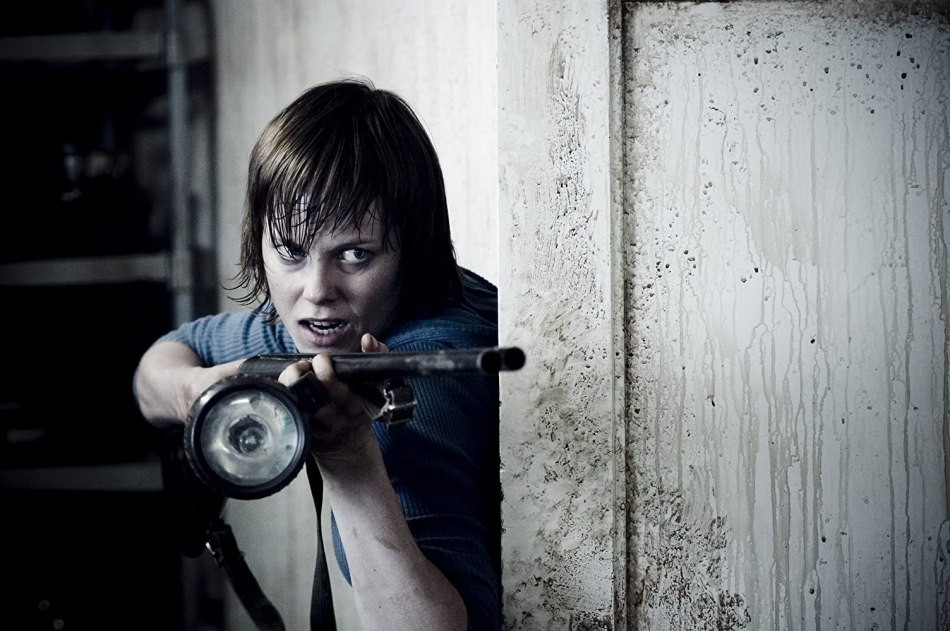 Compared to our culture’s modern standards, Roar Uthaug’s Cold Prey (originally titled Fritt Vilt) might be an incredibly conventional horror film that refuses to challenge its audience in any way. However, for the moviegoers of Norway in 2006, it challenged everything they knew about what might be considered taboo in film. Having never seen a story this gruesome before, the country was taken by quite a surprise upon this movie’s release and that legacy is what this film is most notable for. Cold Prey helped usher in a progressive wave of Scandinavian horror in the early 2000s and 2010s; a style that had been previously unseen by the Nordic. Cold Prey is so effective within its terrifyingly icy world and holds up as one of the country’s best entries into their introductory echelon of horror.

Five friends Jannicke (Ingrid Bolsø), Morten (Rolf Kristian Larsen), Eirik (Tomas Alf Larsen), Mikal (Endre Martin Midtstigen), and Ingunn (Viktoria Winge) are heading up to Jotunheimen, a snowy area of southern Norway in the long stretch of the Scandinavian mountains. While they are planning to snowboard, Morten breaks his leg and the group is forced to take refuge in a seemingly abandoned ski resort. As some of them look for help and a way back to their car, they soon realize that they are not alone.

Roar Uthaug’s direction is the foundation for what makes Cold Prey so entertaining. The plot of this film becomes quite predictable within even its first act but it never needs to break out of its conventions or try anything risky in order to be effective. That is where Uthaug finds his greatest strength; he is setting a base standard for what a Norwegian horror film can be while also becoming the inspiration for other filmmakers to play with the genre. Frankly, not a lot about this film ever tries to be extraordinarily groundbreaking but for one of the goriest new additions to the country’s cinema at the time, Uthaug does a stupendous job of introducing its audience to the genre’s tropes and even some slight subversions. The “final girl” theme being its most prevalent and while many avid moviegoers around the world know of this plot truism, it was very refreshing to see these characters taken in a mildly different direction.

The cinematography by Daniel Voldheim is also fantastic and assists Uthaug with avoiding some of the most common visual tropes in horror. There are countless shots set behind doors or under tables that lead us to believe we know where the evil mountain killer must be hiding. It is such a cheap way for horror films to instill a jump-scare and it is very clever of this director-cinematographer team to avoid those clichés. Uthaug’s hesitation to give into the fright of the killer is fantastic and he knows much better than to make his audience jump when they are most expecting. Cold Prey, while paving the way for many more films of the genre, is also an incredibly bloody movie that is unafraid to subject its audience to the gruesome horror that its killer wishes to deal out. Not only were the Scandinavian mountains a perfectly eerie environment for this story to occur within but the color grading of the film was purposefully bleak as well, causing quite an unsettling feeling from the get-go. These little technical details were very innovative for the genre back in its time and it is apparent to see why this film had such a huge impact on forthcoming slashers.

Charging through the slew of other genres, Cold Prey ended up becoming the ninth highest-grossing film of 2006 in Norway and its incredibly positive praise helped it to become one of the country’s most memorable, mainstream slashers. This film is a wild ride and contains some of the most entertaining aspects of a fun horror film that one could expect. Spawning both a sequel and prequel, Cold Prey has done very well for itself since its release and continues to be hailed as one of the turning points of bloody Norwegian horror.