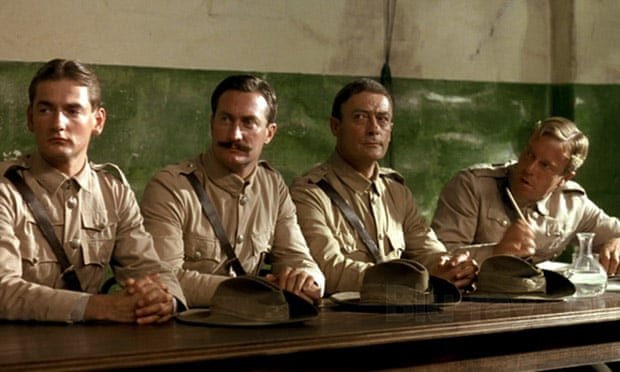 It is hard to not watch Bruce Beresford‘s Breaker Morant and think of Michael Anderson‘s Conduct Unbecoming or the more well known Judgment at Nuremberg directed by Stanley Kramer. Together, those two films come to form a basis for the case at the center of Breaker Morant, albeit Beresford’s ends rather differently and is layered in Australian sentiment towards the British Empire as well as the Boer War. Nonetheless, examining the roles of soldiers or persons carrying out immoral orders of a higher power and their guilt over their crimes is key to Breaker Morant, as is examining what is truly accepted by the British Army in service of their militaristic and colonial desires. Beresford’s complex and dense film goes well beyond the courtroom, however, in ways that neither of the aforementioned films did and, as such, becomes a layered and thorough examination of the nature of war and how it chisels away at a man’s soul. 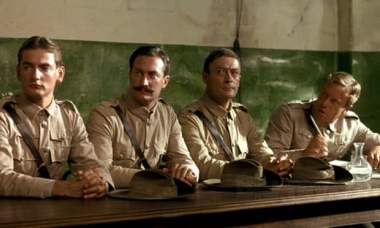 Beresford (by his own later response) “never pretended for a moment” that this was a story about innocent men. Lieutenant Harry “Breaker” Morant (Edward Woodward), Lieutenant Peter Handcock (Bryan Brown), and Lieutenant George Ramsdale Witton (Lewis Fitz-Gerald) were ordered by their commanding officer Captain Hunt (Terence Donovan) to kill all Dutch or Boer prisoners, allegedly under orders from Lord Kitchener (Alan Cassell) who oversaw the conflict. The three men were part of a group of commandos whose duty was to fight however they needed to – including committing war crimes – in order to counter the guerilla efforts of the Boers. They did just that with no remorse. They killed prisoners, both before and after Hunt’s death. They hunted down and killed a German missionary because they thought – or pretended they did – that he was working with the Boer army. In short, these are vile and reprehensible men. That said, they are not the only three. They are the ugliest representation of the British Empire’s actions across the world, now scapegoated because Lord Kitchener fears Germany entering the war on account of the dead missionary.

A man taught to be violent and commit cruel acts is one thing. But, Breaker Morant is focused on something else. Its titular character exemplifies this. A famed horse breaker back in Australia who did sign up for this war, Morant believed he was fighting for a good cause. Now, he knows better. He has not only committed unspeakable acts, but he has been afforded a chance to see who he is fighting for and who he is fighting against. A poet, Morant crafts gorgeous odes to life and the experiences they have traversing this vast countryside and the violence they encountered. He is, above all, a normal man. Hard working and capable of considerable depth of emotion, Morant could be a good man if he wasn’t at war. Trying a man for killing an enemy may seem nonsensical, but that is partially what he is accused of doing (and did). He may have taken it further than some, but his actions were also part of his command and the nature of this ever-changing, guerilla warfare. The Boers used women, children, and passerby to carry out acts of war on the British Empire’s Army. The British Empire, in turn, has done the same with a group called the Bushveldt Carbineers. 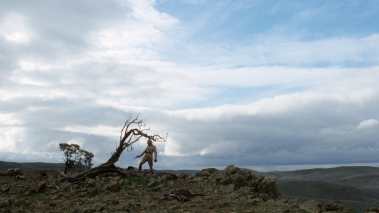 The entire war was fought by otherwise normal family men – even Handcock will write to his wife and child back in Australia once he recognizes his fate – who have been placed into positions to commit heinous acts. The whole purpose of Breaker Morant is not to show innocent men on trial, but instead scapegoats for a wicked system. A wicked system that takes normal men and places them into a place where blood and death surround them. It is not just these three men who have been corrupted, but the entire Army because of the vile instrument known as war. It is rather like the British-produced Yesterday’s Enemy, demonstrating similar tactics by the British and Japanese to extract information from informants that has been committed by men acting only out of perceived necessity. Goodness is squashed by the infectious wickedness of war where there is no greater good or even a lesser of two evils, but rather one great evil that chews up and spits out men and their humanity.

The work of DP Donald McAlpine is consistently exemplary in a variety of areas. The evocative close-ups and framing – especially at the end in prison or behind the men as they face the firing squad – is a consistent asset to Breaker Morant. Close-ups and constant reaction shots in the trial bring out the consistent tension in the room, while the split diopters deployed by McAlpine keep both the judges and the judged in focus to great emotional effect. Lighting inside the prison and in holding cells illuminate the men’s faces with their entire bodies engulfed in the darkness of the cell, enabling this strong cast to wring out the emotion of their suffocating isolation. Outside, the exteriors make frequent use of long shots, with McAlpine’s camera often staying steady, focusing on men riding over the horizon before descending down a hill and towards the camera or going in reverse, moving the foreground to background. It is quite breathtaking to watch, especially as battles occur and as one of the accused Australians recalls the events that led to their current trial. As dust kicks up and blood is spilt, McAlpine’s camera manages to juxtapose that brutality with the beauty of the land being soiled in such a horrid way. The killing of the missionary is perhaps the greatest example, taken with an extreme long shot that leaves the violence out of the picture but not its gravity. One can see the wagon taken down and the Australian soldier ride off after the deed with no movement from the wagon, just left behind and forgotten in a solemn recognition of the callous violence that just occurred.

Breaker Morant is a brutal yet beautiful film that makes no excuses for the men sitting accused. It damns the Kangaroo court trying them for trying to pin all of the ills of the British military and war as a whole on these few Australian soldiers, but the men are guilty and should be treated as such. It is a powerful film for this, a daring one that stares in the eyes of the guilty and can extract considerable nuance from the situation. These men are, after all, scapegoats for a wider illness plaguing soldiers globally, which can be blamed for the inhuman nature of war and the empathy, compassion, and humanity it strips away from a soldier. Powerfully told by Bruce Beresford, this tremendous war film is a shining example of Australian cinema.