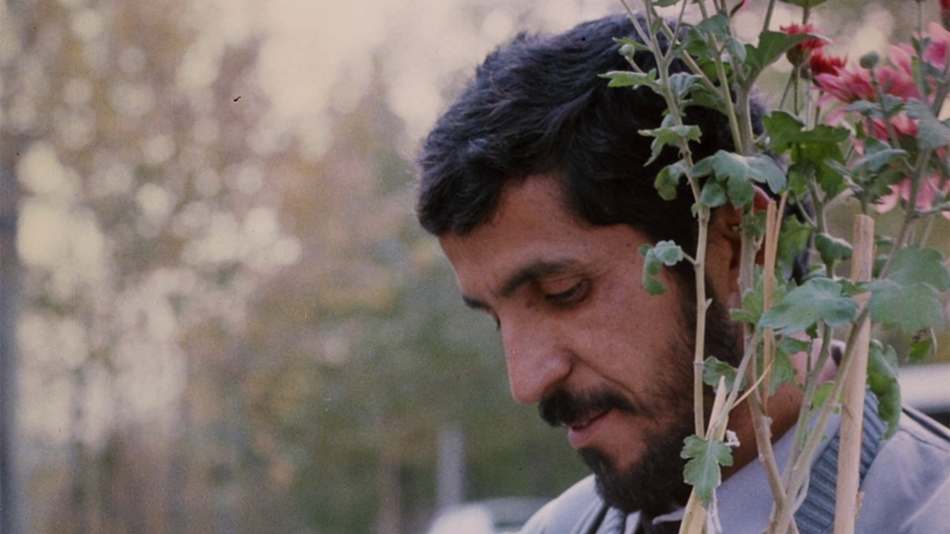 There are many movies about the love of movies – Quentin Tarantino has made an entire career for himself off the backs of the films he grew up loving – but perhaps no single film captures the eccentric spirituality of cinephilia quite as uniquely or beautifully as Abbas Kiarostami’s Close-Up. A singular work of art that blends the genres of fiction and documentary so ingeniously that they all but disintegrate, the 1990 film is many things: a self-reflexive love letter to cinema, a dissection of the artifice of cinematic narrative, and above all a fundamental reckoning of what movies ultimately mean to us. Yet underneath all of this lies an essential truth about art – that people are drawn to it from all walks of life because of the truth it speaks to their own worlds.

On the surface, Close-Up opens to follow a somewhat unremarkable if not mildly curious story – a man named Hossain Sabzian has been arrested for fraudulently impersonating acclaimed Iranian film director Mohsen Makhmalbaf to a naive family under the guise of casting them in his next movie. It is in fact a true story – Sabzian is a real person (played here by himself, as are all the other characters) who one day impulsively told a woman he met on the bus that he was Makhmalbaf, and eventually conned his way into befriending her whole family as the director. Kiarostami read Sabzian’s story in the newspaper and was so interested he dropped another project he was working on to film a documentary about this strange man.

The results are nothing less than astonishing. Fusing extended sequences of Sabzian’s courtroom footage (which may or may not be staged) and re-enactments of his final day with the Ahankhah family (played, again, all by the real people who were there), Kiarostami annihilates the traditional “rules” of trying to present a notion of factual truth through documentary filmmaking and instead elects to show an emotional one – Sabzian’s truth. As we learn through his courtroom testimonials, this is a man who wasn’t out to explicitly con anyone for financial or personal gain. He just loved movies and especially those of Makhmalbaf (“Tell him The Cyclist is a part of me”, he says to Kiarostami in his first scene). To Sabzian, movies speak to his world and his suffering more eloquently and elusively than he could ever express himself. Of course he loved “being” Makmalbaf.

I don’t think this is something particularly unique to Sabzian. Think about how much your favorite artist, author, or director means to you. We may not all want to literally become our artistic idols, but it’s not uncommon to feel a sense of personal ownership over their art that resonates most strongly with us. I think a life without art that is, in Sabzian’s words, “a part of you”, is one deeply lacking in empathetic connection. Kiarostami interrogates this to great effect in the courtroom sequences, which largely act as a platform for Sabzian to work through his own motivations for lying to the Ahankhahs. But more than that, Kiarostami allows Sabzian the opportunity to explore the world of movies himself, firsthand – the chance to become a film himself.

Beneath this profoundly human story, Kiarostami also leads a delicate but cerebral investigation into the very truth of movies. In Close-Up, the director has created a movie about real people caught in a lie, then re-enacting and examining that lie through an inherently deceitful artistic medium. He blends apparently real footage with conspicuously fictional footage, and then also throws in some questionably candid footage for good measure. It is all real and none of it is. The only important thing is that it feels real. All of this climaxes into a stunningly emotional motorcycle ride where Kiarostami and his cameraman follow the meeting of Sabzian and the real Makhmalbaf from a distance. The audio cuts in and out, only allowing us to catch a handful of words every few moments. And yet, despite its appearances, this technical issue is completely artificial, created by Kiarostami to apparently give the scene an indelible, authentic feeling.

At their very core, that paradoxical relationship between artistic deception and emotional honesty is what movies are all about. Close-Up isn’t the only film Kiarostami used to explore the connection between fiction and truth, authenticity and artifice – Certified Copy is yet another of his definitive masterpieces on the subject, even more eminently defying such traditional storytelling boundaries. What I love most about his work though is that each and every one of his films that I watch seem to totally reinvent how I look at movies as a whole art form. Close-Up is perhaps the most stunning example of such a film, and is an undeniable staple of cinephilia.

0 comments on “The Cinephilia of Close-Up”